Home
Motorcycle
Why Is Green a Bad Color for Bikers? 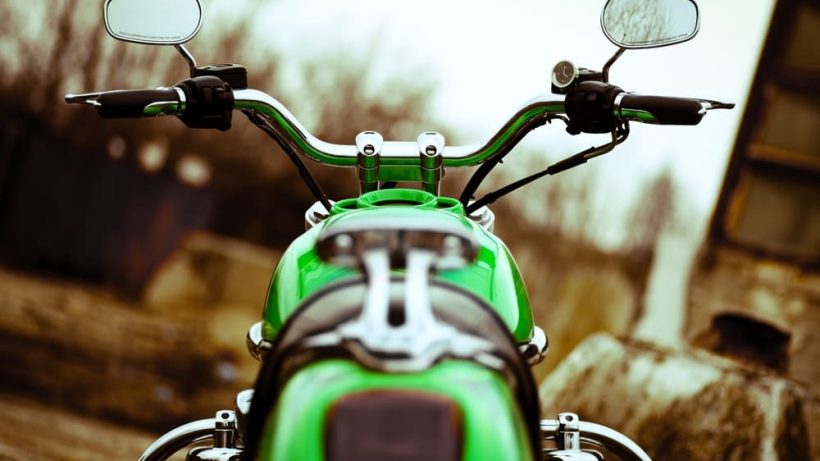 The truth of the matter is, even if you don’t quite believe in biking superstitions, you also don’t want to risk the chance of them coming true. According to bike reviews and tips on MyBikeXL.com, you’re better off erring on the side of caution when it comes to matters of bike safety—even those founded upon spiritual belief.

Today, we’ll discuss one of the most infamous superstitions to ever make its way to the biking world—the negatives of the color green when biking. So, what’s all the fuss about?

Why “Green” and Biking Don’t Go Together

Green is the last shade you would expect to have a negative connotation. In other scenarios, it represents a new beginning, greener pastures, health, and other positive things. However, in the biking world, the color green constitutes something on the opposite side of the scale.

Some avid bikers tend to steer clear of this color in relation to their hobby or passion, as it has been known to bring bad luck. Historically, it is believed that this shade brings the worst fate to anyone driving a motorcycle. And while the Kawasaki brand has contributed greatly towards its obsoletion, it still remains part of some modern drivers’ core mentality.

Bikers today might look at the color green differently. Even so, quite a few modern riders still see it as a source of discomfort.

In What Way Was (Is) Green a Bad Color? 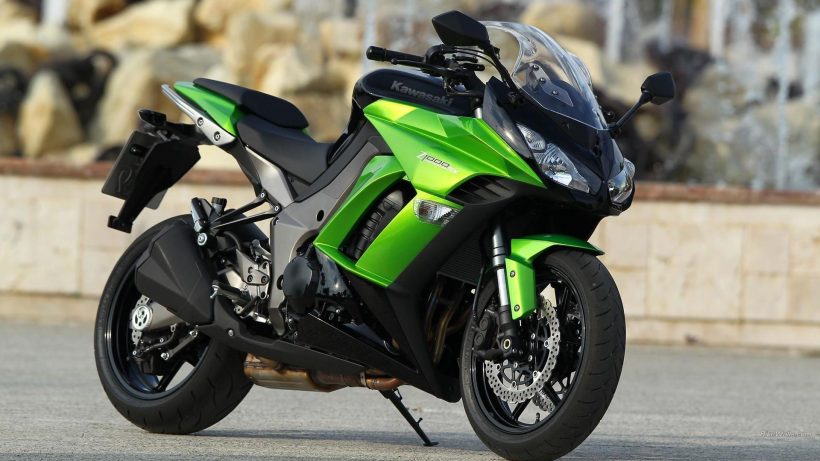 Back then, drivers used to think that any association with the color green in relation to their activity resulted in the most abysmal luck. That is, it was believed that “green” contributed to race crashes. This belief was especially widespread during World War II when a good number of bikers met their deaths riding green motorbikes.

These military men met their demise in the hands of snipers, who shot them dead to keep them from delivering messages. People fixated on the color specifically because it was everywhere and was present on both sides. Thus, it was soon avoided by many in the biker community.

Another negative aspect of the color green stemmed from its affordability. For a time, these bikes were simply too cheap to give any sort of feeling of class. Of course, these rides couldn’t really be sold at a higher value due to their poor condition after the war.

So, these motorcycles were cheap and dangerous. What more did one need to steer clear of them at this point? None.

Of course, this bore no truth to begin with. In fact, it has been disproven to a degree by modern brands who pride themselves on their green-colored bikes. Still, the belief holds a place in the hearts and minds of some riders, hence their aversion to the hue in all aspects of their riding.

You will be surprised to know that the idea of having green as your vehicle’s color is not limited to motorcycles themselves. In fact, there have been several reports where cars with green colors on them developed weird knocks and rattles in a strange manner, crashed spontaneously for no reason and even broke down out of the blue when they were working fine before.

The racing community is no exception to this superstition either as you won’t see many green cars racing around on the tracks. It is also often believed that one of the top figures in the racing world, Mario Andretti, does not sign any autographs if he is supplied with a pen with green ink which just goes on to show how deep the superstition’s impact is.

Like any other venture, it’s understandable that biking isn’t without its superstitions. Some of its credulities have even stood the test of time, making their way into the modern era to be frequently navigated around by today’s bikers.

Not surprisingly, disassociation from the color green is but one in a long list of bike riding superstitions highlighted by the following: 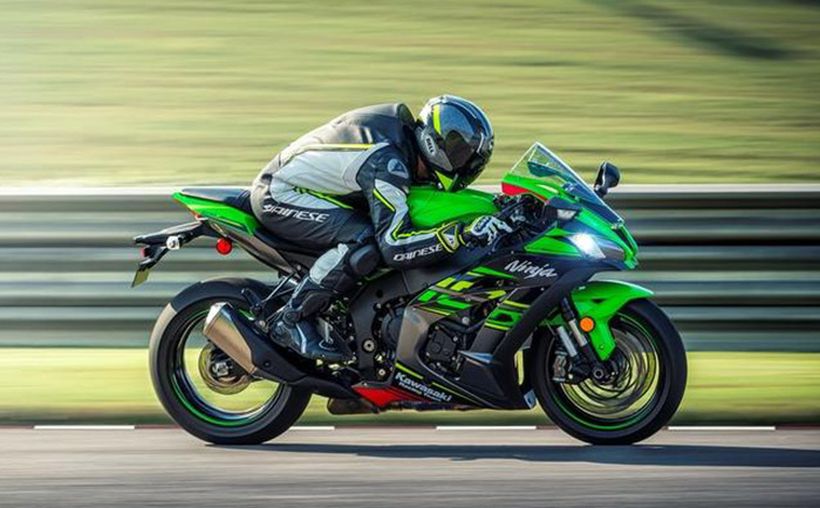 Now, this still continues to make its mark among modern riders, which we can’t say is a bad thing. It’s not just because not stopping to give a helping hand leads to bad luck; it is also believed to bring bad karma.

Even if it isn’t a superstition, stopping to provide help to a fellow citizen or biker just counts as a good deed. Helping people who need it the most in times of emergency will only help you feel better about yourself and make your day as well as the day of the person you helped.

So, for whatever reason it may be that a fellow rider needs your help, it would be to your benefit to stop and offer a hand. Even if one considers this superstition silly, stopping to help would always be the right thing to do.

Setting Down the Rear Pegs When Riding

Superstitions are mostly founded on spiritual beliefs, so it isn’t a surprise that this one makes it to most people’s list. It is said that riding with the rear pegs set down is an invitation for evil spirits to come and ride with you.

Thus, if you don’t have a second rider, it might be best to keep those back pegs positioned upright. A biker just doesn’t want to take a chance, especially when they take long rides at night partnerless.

Then again, if you are set on the modern ways of biking, you shouldn’t let these beliefs hold you back. After all, biking is about freedom. It should have no place for anything that could restrict your heart and mind from experiencing complete independence as you ride with or against the wind.

With the helmet, goes off the head 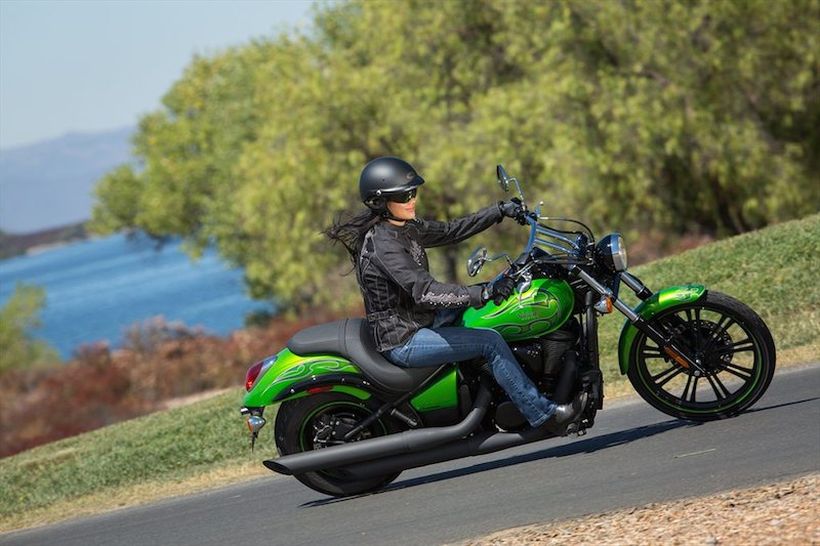 We honestly have no idea what this superstition is based on because there is no spooky story behind it nor an actual factual reasoning that can explain why this superstition exists. Nonetheless, many of the bikers, especially those who firmly believe in spirituality, believe that if you lose your helmet while riding, you will lose your head too.

Now this could either mean the metaphorical meaning of “losing your head” or the macabre physical one where it detaches off your body completely. Regardless whether this superstition is true or fake, it does have some semblance of truth – if you don’t have your helmet on, you can face extensive brain damage if you get in an accident.

Whether you wish to believe in this superstition or not is completely up to you. However, we would strongly suggest keeping your helmets on tightly with you at all times to at least ensure your own personal safety.

Another extremely popular superstition amongst bikers is that you shouldn’t ride a dead person’s bike around. This has made many bikers shudder at the thought of purchasing a second-hand bike that was once owned by an alive biker. We honestly think this superstition couldn’t be further from the truth as the chances of a biker rising from his grave and kicking you off his bike for riding it, are almost zero to none.

However, this superstition too may be based on actual reality – even if it is extremely exaggerated. Purchasing and riding around a dead biker’s motorcycle might not be a good idea, but it is not for the reasons you think. If the bike has gone through an accident once, which caused the previous biker’s death, chances are that the bike has dysfunctional or old parts inside it that makes it impossible to ride.

Staying away from bikes like these is the best way to ensure your own safety as well as the safety of anyone who is travelling on the road. 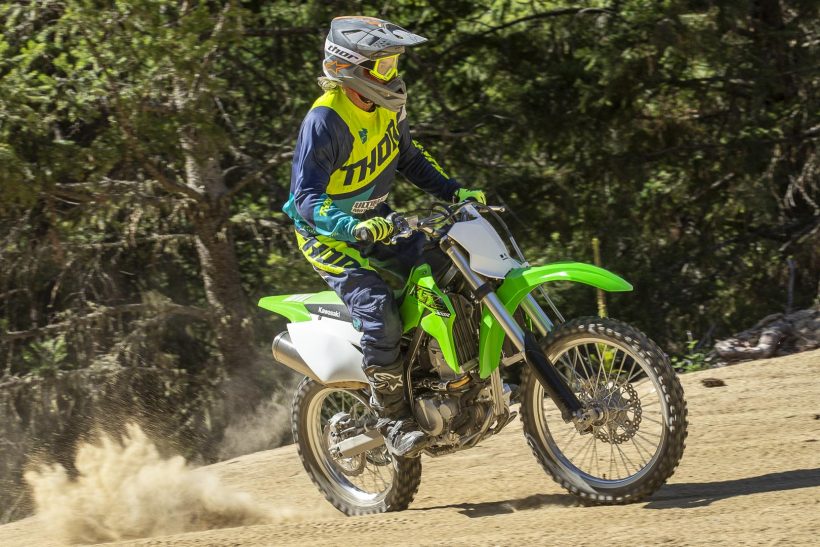 Superstitions may be part of bike riding’s long history, but they’re an aspect that should soon be left in the past. The “color green” fallacy might be something most modern riders have been absolved of. Even so, there’s still quite a ways to go where other credulities are concerned.

Keep these silly thoughts from influencing your bike riding decisions, and you should be able to experience the greatest freedom from the activity.