Home
Accident
What Leads to a Pedestrian Car Accident? 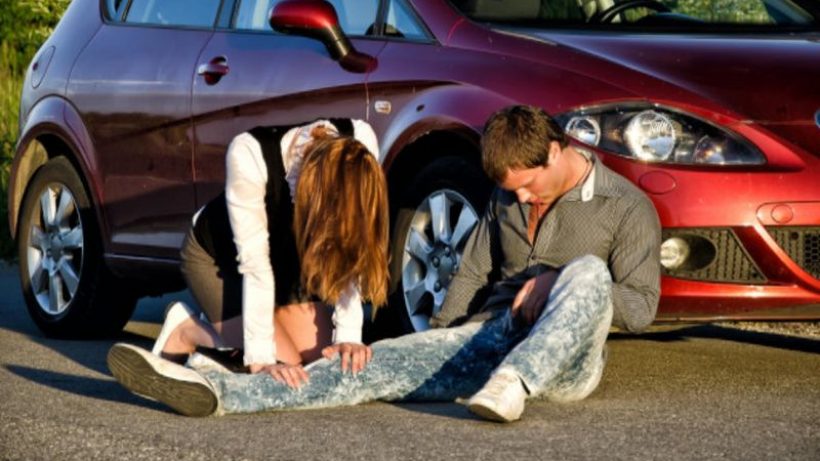 Any type of car accident is a serious matter, but the severity increases when a pedestrian is involved. Pedestrian traffic accidents cause significant injuries and death if moderate speed is involved.

According to Abels & Annes, a “pedestrian is killed in a traffic accident every 90 minutes in the United States.” This means that roughly 16 pedestrians die from being hit by a car every day, meaning that it isn’t an uncommon occurrence.

While a car striking a pedestrian is a horrifying thought, fortunately, many of these accidents are avoidable. Both driver and pedestrian can avoid an accident, so it’s helpful to know what causes them to happen.

We’ll explain the factors leading to a pedestrian accident below so that you can know when you need to be especially safe while walking. 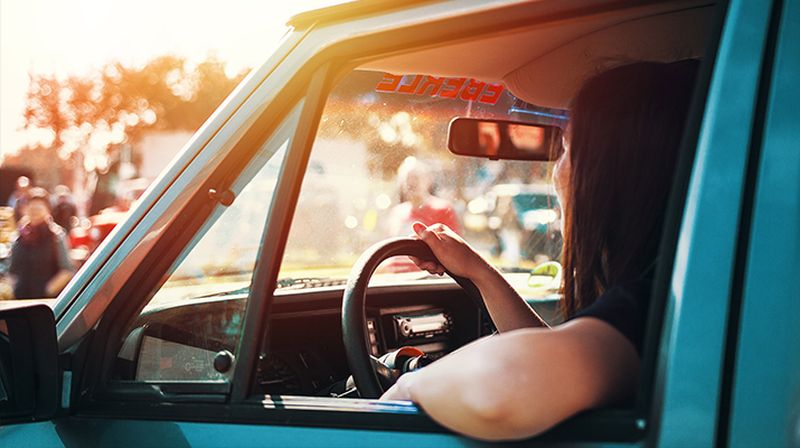 The first factor that leads to pedestrian accidents is driver impairment.

This can refer to any form of impairment, whether that’s fatigue, distraction, or intoxication. All of these impact a driver’s ability to react to situations and make good decisions.

As a result of this, impaired drivers aren’t able to quickly register that a pedestrian is in the road. They may not have time to react and will hit a pedestrian before they even know that they’re there.

For example, someone driving home after a long day at work is likely to be tired and potentially stressed. This can affect their judgment and it can cause them to rush home.

However, their rushed driving can quickly cause them to create an accident. They might rush through a yellow light or turn without checking and hit someone as they’re crossing the road.

Matters get worse when a driver is intoxicated or distracted. Intoxication drastically affects someone’s ability to drive and makes an accident likely. Distraction means that a driver isn’t watching the road, which means they can’t see pedestrians that they aren’t watching for!

Anyone who isn’t well-rested and in a clear state of mind can make poor driving decisions that cause them to hit a pedestrian.

Another reason why pedestrians are struck by cars is bad weather.

When weather conditions are poor, it becomes more difficult for someone to drive well. Their vehicle’s handling decreases and it’s easy for them to lose control.

Furthermore, the rain will cause the road to get wet and slippery. When this is the case, their stopping time increases and it becomes difficult to stop in time to avoid hitting a pedestrian.

This is particularly problematic for drivers that don’t slow down during inclement weather. Driving the speed limit can be dangerous in certain conditions and can cause them to run into a pedestrian. 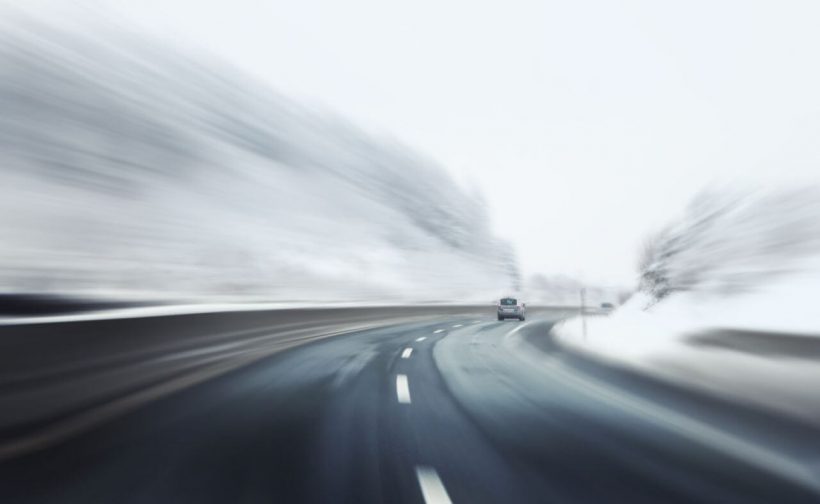 Poor visibility is another factor that contributes to pedestrian accidents. There are many reasons why there might be low visibility.

If the weather is bad, like heavy rain or snow, the rapid movement of the rain and snow will make it hard to see. Their windshield will get obstructed and windshield wipers might not be enough for them to notice a pedestrian.

If it’s dark outside, then this also adds another complication. Many drivers have a hard time seeing during the night and this can make it hard to see a pedestrian.

Then there are situations where the structure of the road itself can cause poor visibility. Imagine that a whole lane is blocked off for construction and you aren’t able to see the intersection. A pedestrian may begin crossing the street when someone’s turning right and the driver won’t see them starting to walk.

Another possibility involves pedestrians wearing dark clothes. For example, imagine it’s late at night and someone is wearing all black. Not only is it already hard to see because it’s dark, but a pedestrian’s dark clothes will make them extremely difficult to notice.

There are many reasons for limited visibility while driving and it isn’t always a driver’s fault. 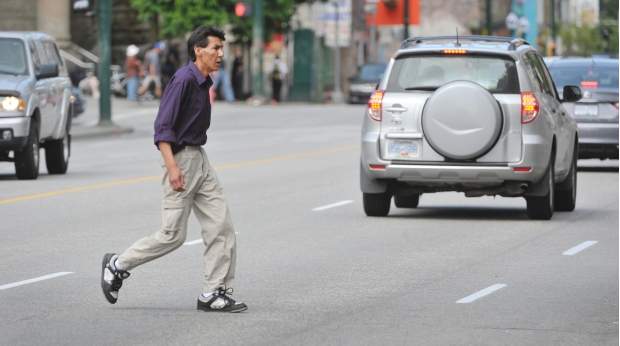 One specific circumstance that causes a significant percentage of pedestrian crashes is a driver attempting to turn left.

This problem tends to crop up with traffic lights that allow someone to turn left whenever the coast is clear. While they’re waiting to turn, the crosswalk may indicate for pedestrians to cross the street.

A driver may be so focused on ensuring that they have a safe window to turn that they neglect to look for a pedestrian. If they decided to turn during a particularly small window, they might be rushed to get out of the way and end up hitting someone crossing the street.

The nature of left turns is inherently dangerous for pedestrians because it involves crossing the street while a driver may potentially be coming at you.

A final factor of pedestrian accidents is the mistakes committed by a pedestrian.

Unfortunately, there are many situations where a pedestrian makes errors that lead to them being hit. Drivers are still obligated to avoid hitting them, but sometimes it isn’t their fault.

There are numerous mistakes that a pedestrian can make. This involves jaywalking, impairment, and failing to be attentive.

Jaywalking is incredibly dangerous because it involves walking at an improper time. If a driver isn’t expecting anyone to be crossing the street because it isn’t their turn, then they won’t be prepared to stop for a jaywalking pedestrian.

Choosing to do this doesn’t give a driver adequate time to stop and avoid an accident. This is also the case when a pedestrian makes a mistake as a result of their impairment.

If a pedestrian is intoxicated or distracted, they may cross the street and unintentionally jaywalk. This creates the scenario again where a driver isn’t expecting anyone to be crossing the road.

The last error a pedestrian can make is failing to be attentive. Both a driver and a pedestrian share responsibility to avoid an accident. The key difference is that a pedestrian has more flexibility to prevent one.

A pedestrian can quickly jump out of the way or stop if they need to. On the other hand, a driver must come to a stop and/or swerve to avoid an accident. By comparison, pedestrians are much more mobile and have a better chance of preventing an accident.

Even if it isn’t a pedestrian’s fault that an accident may happen, expecting a driver to stop is never a smart idea. If they don’t stop, then the pedestrian will likely suffer a serious injury that they had an opportunity to avoid. 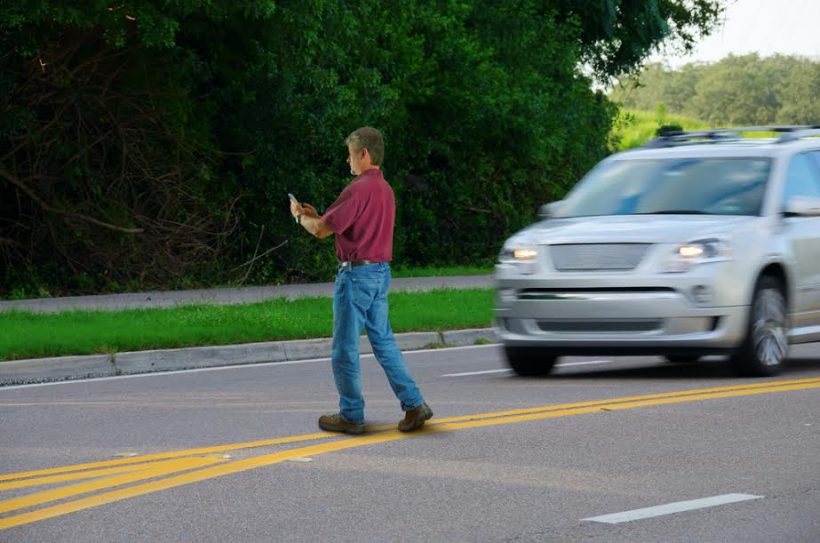 Pedestrians getting hit by a car is a terrifying thought, but it happens every day.

Numerous factors contribute to pedestrian traffic accidents, so it’s important to understand them to know how to avoid them. These factors include driver impairment, bad weather, poor visibility, left turns, and pedestrian errors.

Bad weather and poor visibility can be unavoidable, but driver impairment, the judgment regarding left turns, and pedestrian errors should be focused on.

If you’re a driver, leave extra time when you need to turn left and always look for pedestrians crossing the street. Make a point of never driving while impaired and always focus on the road.

Pedestrians should only cross at designated crosswalks and make sure to watch for cars at all times. Remain vigilant and be prepared to take quick action so that you aren’t hit by a car!