Home
Motorcycle
Tips
What is a VIN Number on a motorcycle? 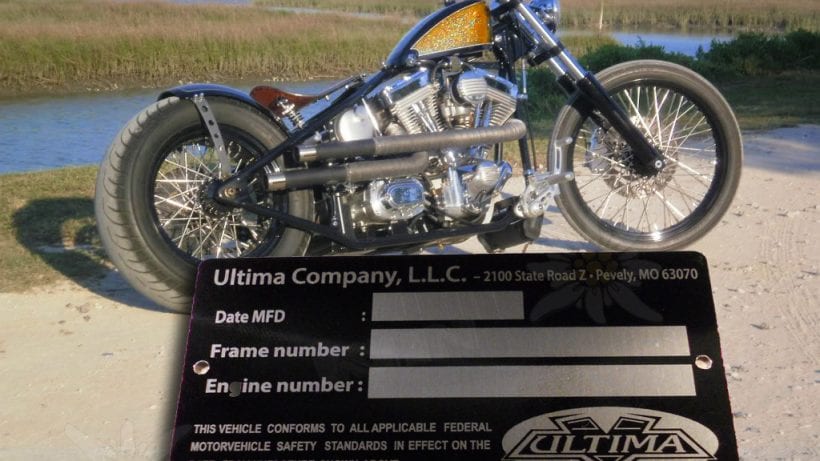 A VIN number is something that each vehicle has, and it is probably one of the most important features that not many people know about.

When it comes to motorcycles, each one of them has a unique VIN number that is engraved somewhere on a less-visible location, and it serves a lot of purposes. Today we’re discussing everything that you need to know about VIN numbers in general, so if you want to learn more, feel free to continue reading until the end. Without further ado, let’s take a look.

A lot of people seem to wonder when their motorcycle was manufactured. Well, if you know the VIN number, you’ll also know when the vehicle was made. How? Even those people that heard about the existence of VIN numbers in vehicles, are not really sure what they mean. The truth is that VIN numbers are unique codes in which every number has a meaning, with the first ones indicating in which year and at what location the vehicle was manufactured.

One of the most common “scams” that happen in the world of selling used vehicles, is the fact that most people try to sell theirs as something that’s much “newer” than it actually is. For example, if you want to buy a motorcycle that’s only five years old, if you are a total beginner and don’t know how to check, chances are that someone might actually trick you into believing that the motorcycle they’re trying to sell you is exactly that years old, when in fact it is much more than that.

If you know how to find, read and identify VIN numbers, you will be able to easily avoid something like this. You’ll know exactly when and where the motorcycle was created, so nobody will be able to “scam” you. If you purchased a vehicle already and want to check the VIN number, upon finding it, feel free to type it into this free VIN checking service: VinFreeCheck

Now, here is another common “trick” that not many people know about. VIN numbers are sometimes hard and tricky to find, it’s true. However, they are put there for a reason. Most people will try to take advantage of this and put a plate somewhere where it is much easier to see, and that plate will include a VIN number that might be artificial and untrue. It is extremely important to remember that even if there are plates on the vehicle, the real VIN number is always printed out somewhere on the frame of the motorcycle. There isn’t a motorcycle without a real VIN number printed somewhere on it, so don’t be fooled by this. 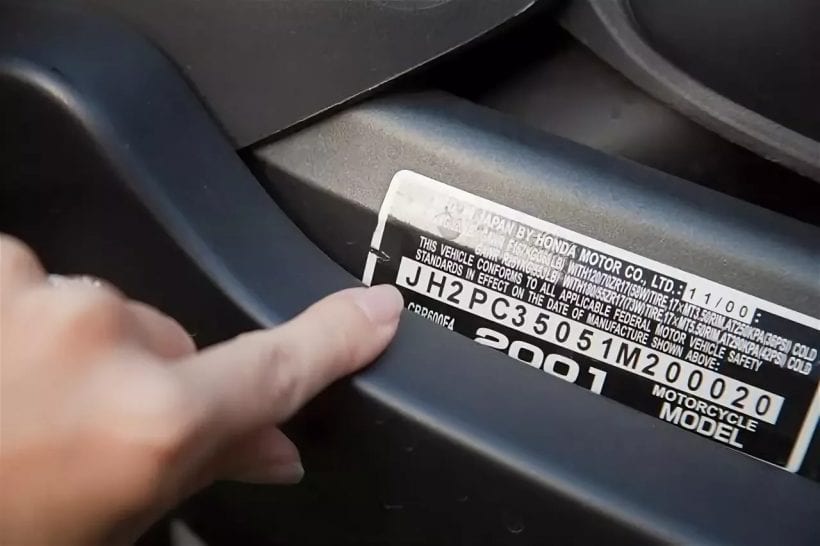 We’re going to give you an example of a VIN number, and how you can read it.

The first letter, which is J in this case, indicates that the vehicle was manufactured in Japan. The H stands for Honda. The number 2 stands for what kind of a vehicle it is, and since in this case, it is a motorcycle, it has two wheels, so the number is 2.

The RC360 is the model of the motorbike itself, which is pretty self-explanatory. The 5 which follows is just a random number that should make the code unique, and the C is the identifier. The rest of the numbers are for the uniqueness of the code.