Home
Rumors
Tesla
What About The Tesla Model Y?

Love Tesla cars? What About The Tesla Model Y? Following the handover of the first “Founder” edition Model X crossovers and the Wednesday-night debut, the inimitable CEO of Tesla Motors, Elon Musk (@elonmusk) gave a hint on Tesla’s Model Y in a deleted Tweet. This may imply that the electric car manufacturer might be considering making a new vehicle at an exciting and critical time. This was revealed few weeks after Tesla Model 3 was introduced. Based on official orders, the Tesla Model 3 has unarguably, been a huge success for the company.

Arguably, attention at Tesla may soon be drifted to the production of the Model Y. This came as a hint from the CEO and founder of the company. Although the Tweet which is responsible for the hint has long been deleted, it has, however, got tongues wagging about the model’s existence and now among the analyst community, there is a strong belief that the Model Y will surely surface in the foreseeable future.

Nevertheless, the potential release of the electric car contender is already building excitement. Even though the Model Y is yet to be manufactured, it is already been viewed as the most affordable Tesla vehicle. From all indications, people of all incomes will be able to afford this next generation vehicle. According to the latest murmurings, it may likely be released sooner than later.

The Model Y is expected to be a follow-up to the recently released Model 3. Indications have shown that the Model Y will be a kind of a redesign of the concept employed in the making of the Model 3. According to the already deleted tweet from Musk, the signature Falcon Wing doors is more likely to be used on any one of these two vehicles.

Hopefully, the production of the Model Y and its ultimate release will see Tesla combining the particular qualities and successes of its already existing vehicle range. To this end, the Model Y vehicle will share the same platform and wheelbase with the existing Model 3 while the vehicle’s price tag may be within the same price range.

However, there are speculations that the Model Y may be somewhat similar to the Model X as it is most likely to come in a crossover platform.

At the Future Transport Solutions conference held in Oslo, the CEO of the electric car manufacturer, Elon Musk hinted during a question and answer session that there would likely be price drops in the electric vehicle marketplace due to higher volume production lines and the economies of scale. This implies that the Model Y could be even more affordable than the Model 3 which is significantly cheaper than any other Tesla vehicle that has been previously released.

According to Tesla, the base-spec Model 3 will be sold at the $35,000 range, however, this may likely accelerate quickly especially if you need more power or functionality. However, based on the upcoming Tesla Model 3 sedan, there are suggestions that the Model Y will be a crossover model. While taking aim at the BMW 3 Series, the family sedan is already known to be Tesla’s most affordable product to date.

Possibly, Model Y will be part of the same product plan as the Model 3 which already includes a range of body styles, as well as the prominent Falcon wing doors. As a look that has been long favored by many car enthusiasts, the updated version of Tesla’s Model 3 is in no doubt designed to make access in and out of the car easier. 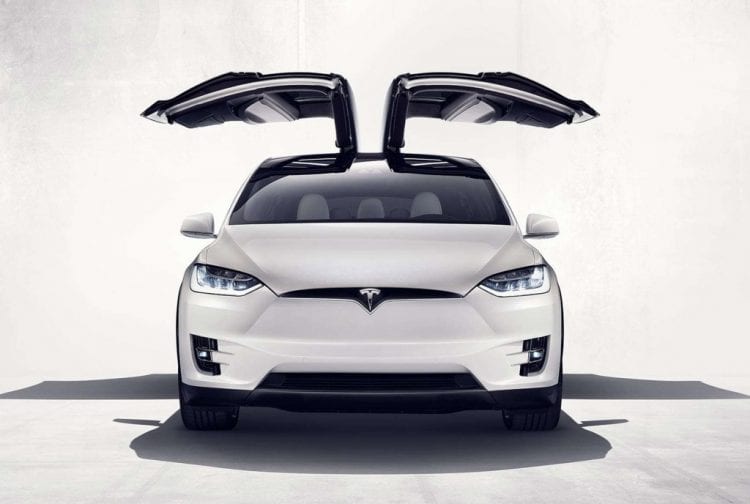 Obviously, there is a mass market for electric cars owing from the overwhelming success of the Model 3. Even based on its own official figures, Tesla is the type of corporation that requires a steady cash flow of new products.

Some images depicting the possible appearance of the Model Y have already been created by designers with renderings of a potential SportWagon, CrossWagon, and coupe version of the Model 3. While this will be a significant departure from the Model 3, there apparently seems to be a wide range of available options for Tesla with the Model Y.

For consumers that desire to have an electric crossover vehicle at an affordable price range, it will certainly be a great idea if Tesla can use the style of the Model 3 to produce a crossover when the model Y is released. Generally, the Model X is considered to be an outstanding vehicle, however, the car seems to come with a rather hefty price tag that may be as a result of the additional extras and high specifications.

Beside the info obtained from some social media posts, there has been no official confirmation from Tesla about the existence of the Model Y. Logically, the production and release of this vehicle (Model 3) would make sense for the company.

No doubt, Tesla seems to have reasonable plans for the future in place as the eyes of the rest of the automobile industry must have been opened by the success of the Model 3. Most significantly, it seems as if the Model Y will be a significant part of this future.