Home
Ford
Unveiling of Ford EcoSport for the U.S. on Monday

Ford EcoSport has been tested for quite some time in the States, and it will finally be showcased on Monday at the 2016 Los Angeles Auto Show. This information was delivered by a representative of Ford when interviewed by Automotive News. The big question that stays officially unanswered is when it will be available for purchase. According to research firm Autodata, the vehicle might hit the market towards the end of the next year as a 2018 model, and it will be ranked below the Ford SUV- the Escape.

EcoSport is currently manufactured in Russia, India, Brazil and Thailand. The upgraded version will go into production in the fall of 2017 in Craiova, Romania, but we still don’t know where the model for the U.S. market will be assembled. 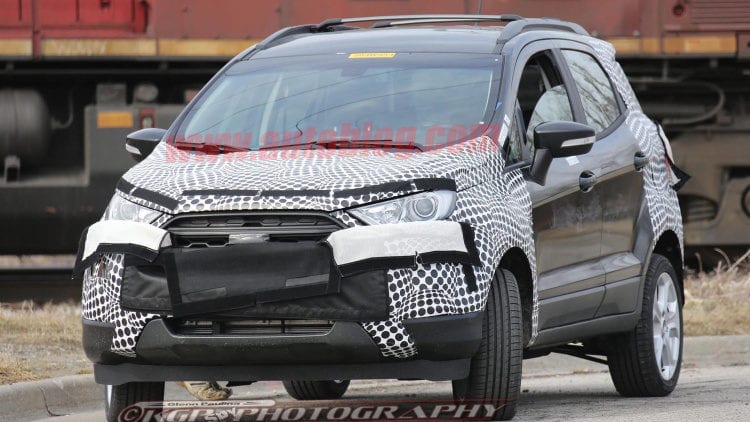 This new vehicle is built similarly like Ford Fiesta and will run either on gasoline or diesel engine, but that will depend on the market on which it will be distributed. The vehicle has a turbocharged 1.0-liter three cylinder mill it is one of the EcoBoost family members. It also brings naturally-aspirated 1.5-, 1.6- and 2.0-liter gasoline units while the only diesel representative at this moment is the 1.5-liter TDCi unit.

The front axle is the main output receiver for the majority of engines, although the 2.0-liter engine can be connected to an all-wheel drive setup. Judging by the “4WD” logo that was on the testing model, the model for the U.S. will have a better grip. In our opinion, the diesel version might not be available for the USA just like it was the case with many models before this one. Nevertheless, we can’t wait to see which engine Ford decides to offer. 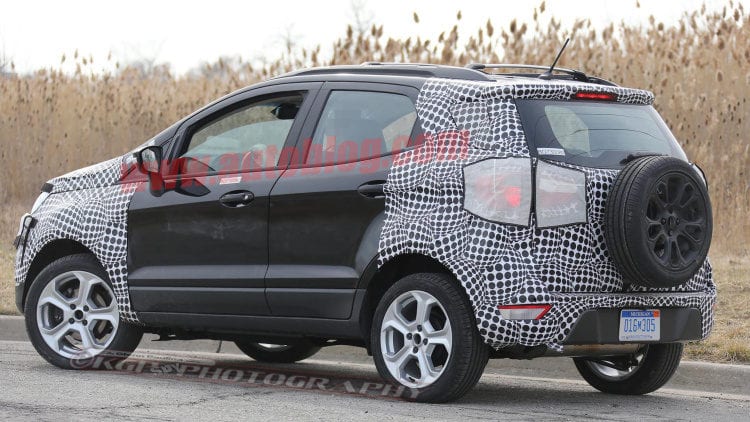 As previously mentioned, Ford EcoSport will be positioned below the Escape which is priced at $23,600. That means that the starting price for the new model will probably be below $20 grand.