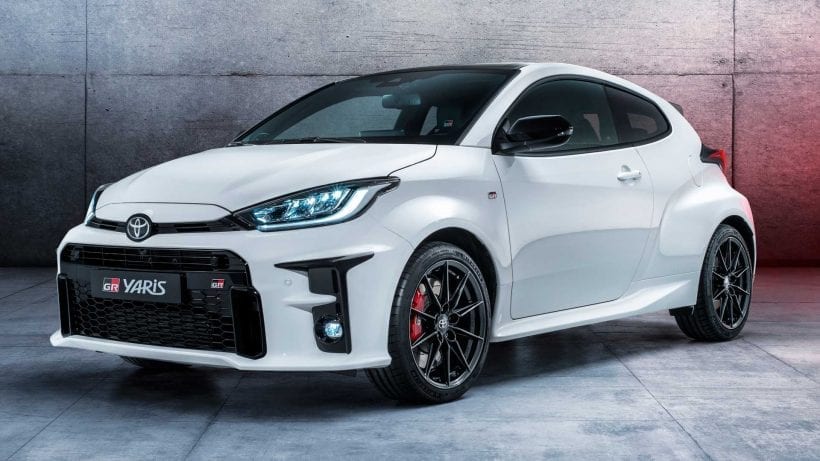 “The 2020 Toyota Yaris GR has the world’s most powerful three-cylinder engine.”

Toyota challenged the concept of a small and reliable family hatch with the all-new Yaris GR. It does not mean that it is not tiny and reliable anymore. It still packs all the reliability and goodness of the popular subcompact hatch. Only now, it is not a slow family car anymore. It is a rally-bred monster that is ready to track any time of any day. The GR, which stands for Gazoo Racing edition, is the beefed-up younger brother of the Yaris 2020 that debuted earlier this season.

Toyota Gazoo Racing (TGR) is a race and track division that uses the 60 years’ experience of Toyota in racing and endurance in all types of motorsports and integrates it into their road cars. The GR model embodies the ever-better car philosophy of the auto giant.

The Yaris GR is purely WRC bred, i.e., Toyota used the rally experience from WRC and integrated it into the new hatch. A classic Toyota sports car was long due, and the BMW collaboration Supra GR did not help satisfy the masses of fanboys. The Yaris GR is the answer to all the petitions asking for a reliable entry-level sports car.

This car developed with Tommi Makinen Racing is also Toyota’s second global GR model. This new GR will also serve as a homologation model for all the future World Rally Championships. The car also has the specs of a race car for the people who are looking to win the local rally competitions. 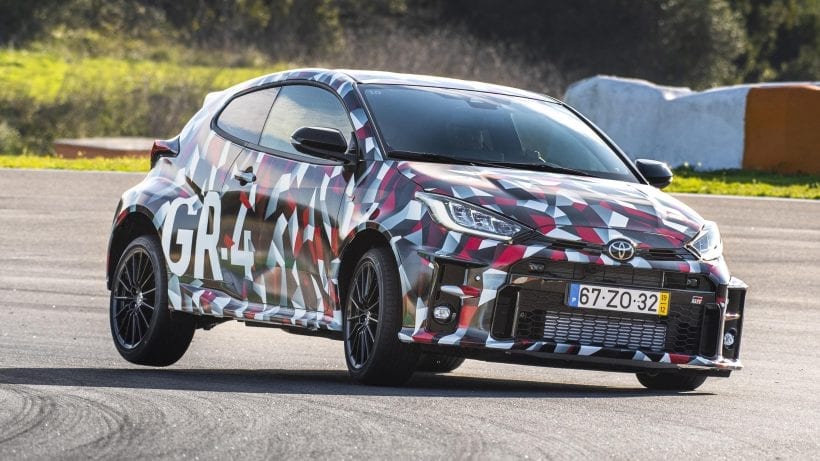 This tiny car packs the world’s most powerful three-cylinder engine installed in a production model road car. This turbocharged 3-cylinder 1.6L engine will give you 268 horses at the pedal and 360 Newton-meter of torque at the wheels. The Yaris GR is stable around the corners and holds the track with its GR-Four AWD configuration along with two Torsen limited-slip differentials. The power goes to both the axles through a six-speed manual transmission. The swift little monster can do a zero to 60 mph in a hasty 5 and a half seconds. Although, the top speed is electronically limited to 143 mph.

The petite three-door body of the Yaris GR is of aluminum and carbon fiber to keep the weight to a minimum. Toyota’s WRC win last year was fruitful as the new GR Yaris uses a new double-wishbone rear suspension and a MacPherson front struts for better handling. The height of the car is also shorter than the basic Yaris by 3.6 inches (91mm) for stability and to gain that racing silhouette. Other design cues differentiate the car from the standard models, such as a wider rear track and 1-inch alloy wheels, frameless doors, and bumpers with splitters.

As it is a track-ready car, the Yaris GR comes with three driving modes. The first normal mode will split the torque in a 60:40 ratio. While the Sport mode will burn the rubber with a 30:70 distribution. The track mode is where the car balances itself for the track with a 50:50 split. Although, it should be noted that the car’s AWD system is auto adjustable and can send full power to either end depending on the driver’s input.

This GR version of the Toyota Yaris is exceptional. So special that the North Americans are signing a petition asking Toyota to launch the car in N. America too. The company will make this new GR in its Motomachi plant with a particular GR dedicated assembly line. The vehicle will debut in Japan as two variants; a meager around $36,000 First Edition Yaris GR with matte black body accents. The second version called the High-Performance First Edition will be costlier at about $41,600 and will add the top of the line equipment including forged BBS aluminum wheels.

A more robust and lighter GRMN version of the Toyota Yaris is also a possibility as Toyota has hinted. The GRMN stands for Gazoo Racing tuned by “Meister of Nurburgring”. As the name suggests, the GRMN version of the car will be race honed at the German circuit. According to reports, the engineers of the GR commissioned a feasibility report for a full carbon-fiber body. Since the GR got only a carbon-fiber-reinforced roof, there is an anticipation that the GRMN will receive the total body carbon fiber.

Yaris GR Vs. The Competition 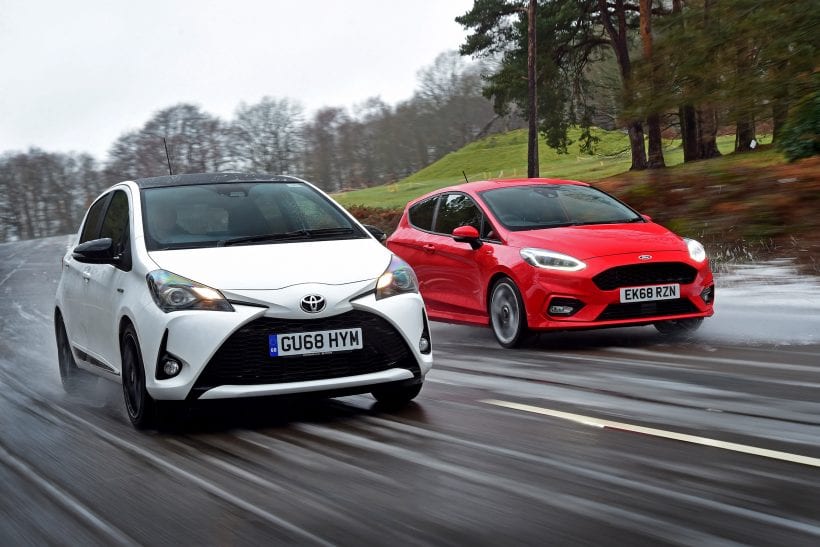 The Toyota Yaris GR’s most close competitor is the Ford Fiesta ST Performance package that, to packs a 3-cylinder fifteen-liter engine to produce almost 200 horses and 290Nm of torque. This Ford also uses a six-speed manual transmission but is sadly a Front-wheel-drive only. The performance of the Fiesta ST Performance Package is impressive, with a time of 0-60 in just 6.7 seconds.

Another similar competitor is the Volkswagen Polo GTI with a powerhouse of 2.0L four-cylinder engine that can put out 200hp and 320Nm of torque. The Polo GTI spreads the power with a dual-clutch automatic setup and can reach 0 to 60 in 6.7 seconds, just like the Fiesta.

Though, the most compared car to the Yaris GR is Subaru’s rally-legend WRX. The WRX is getting the beating of time, as it hasn’t changed much over the past years. People are going as far as proclaiming Yaris GR to be the WRX Killer. The WRX has a 2.0L Turbocharged Boxer Engine that max outs at 268 horses and 350Nm of torque. The WRX has a 0 to sixty time of 6 seconds straight.

The Yaris GR is a fun-packed little monster that you can steer around as a daily drive car. The reliability of Toyota is unsurpassed, so you know it won’t break down quickly. And you can always install a GPS phone tracker for your cell phone when it goes flying out the window when you finally decide to let it unleash the power and drift the car around the corner. Visit mspy.com for more details on the GPS cell phone locator.