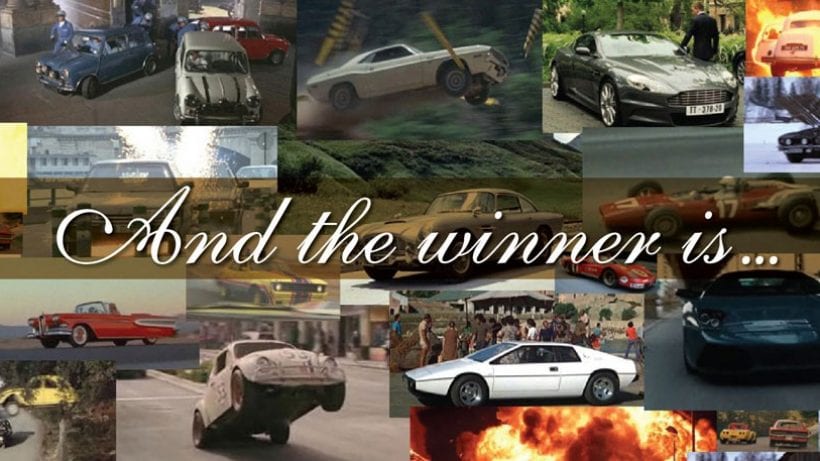 Cars and movies—or rather, moving pictures—entered the world and exploded in popularity at roughly the same time, at the start of the last century. And their histories have been closely intertwined since, even before Buster Keaton’s car stalled on train tracks in 1931’s Parlor, Bedroom and Bath. There’s no more thrilling cinematic experience than the car chase; no better find-yourself exposition than a road trip; no better way to give your high school bad boy or your international spy a bit of glamour than a cool set of wheels. We’re running down the top four cinematic cars, from the rides of Secret Service agents to those of audacious high school students, skiving off class. 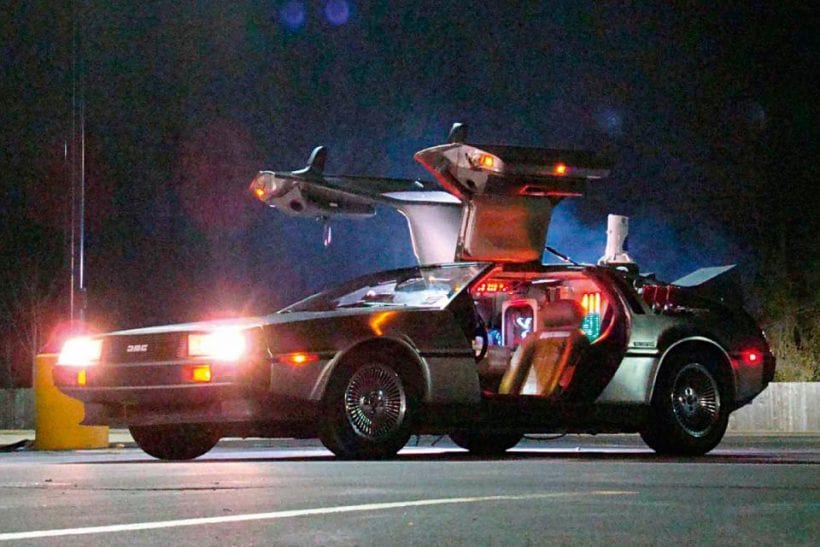 The DeLorean DMC-12 was considered a failure when production was halted in 1983, with under 9,000 having rolled off the assembly line. But the gull-wing doors and unpainted, brushed stainless steel body of the DMC-12 attracted the attention of filmmakers Bob Gale and Robert Zemeckis, who were working on a high school time-travelling comedy and, after rejecting a time-hopping refrigerator, were on the lookout for a vehicle that could be mistaken for a spaceship.

The real DeLorean DMC-12 came with a 2.85-liter engine and a top speed of 110 mph. The DeLorean time machine invented by mad scientist Dr. Emmett Brown in Back to the Future ran on plutonium (or lightning, in a pinch) and boasted a flux capacitor which, when the machine reached 88 mph, catapulted it and its driver and passengers back and forth through time. The Oedipal adventures of Marty McFly across the trilogy made this Northern Ireland-produced sports car the stuff of legends—and highly sought after among film buffs and petrol heads alike. 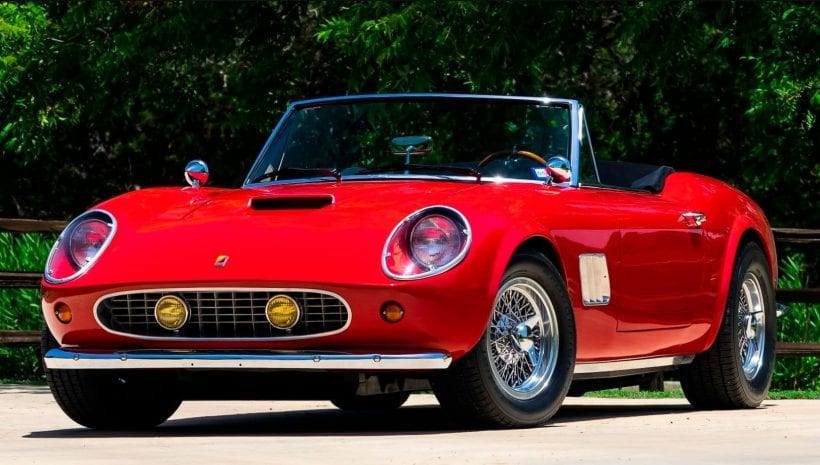 Lovingly restored by the uptight Cameron Frye’s father, who loves the vehicle “more than life itself,” the 1961 Ferrari 250 GT California meets a terrible fate—or rather, a replica did. In fact, most of the shots of the car in the film are of a ‘replicar.’ There are only 100 1961 Ferrari 250 GT Californias in existence, and none could be used in stunts, much less kicked into a ravine – no car insurance policy in the world would cover that.

If you want to snag one now, you better have deep pockets: the 250 GT California is now one of the most expensive vehicles ever sold, with one selling for $16.8m (£13.15m) in 2015. And you’d likely never have 1% as much fun as Ferris did. Pay that much for a vehicle and you’d probably feel—in the word of Cameron’s father’s vanity plate, a bit NRVOUS every time you even reverse it down your driveway. 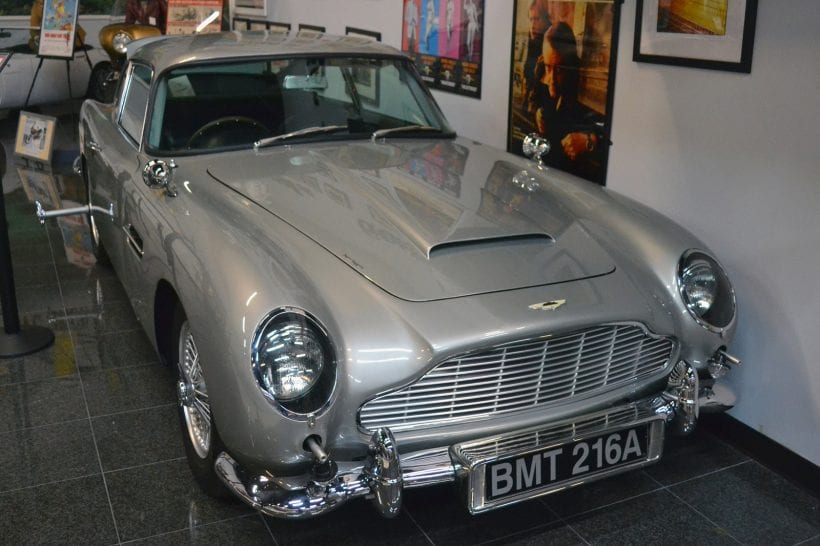 First driven by Sean Connery in 1964’s Goldfinger, the Aston Martin DB5 is the most iconic of James Bond’s rides. The cinematic version boasts ejector seats, a radar tracking system, and a revolving license plate and can thwart enemies with oil slicks and smoke screens. In real life, you’ll have to make do with reclining seats, leather-trimmed interiors, two fuel tanks, wool pile carpet (it was 1963), and a fire extinguisher (because in 1963, you definitely smoked in the car). It won’t come cheap though. In August 2018, Aston Martin announced plans to produce a limited run of 25 Goldfinger-era DB5 reproductions, priced at £2.75m. 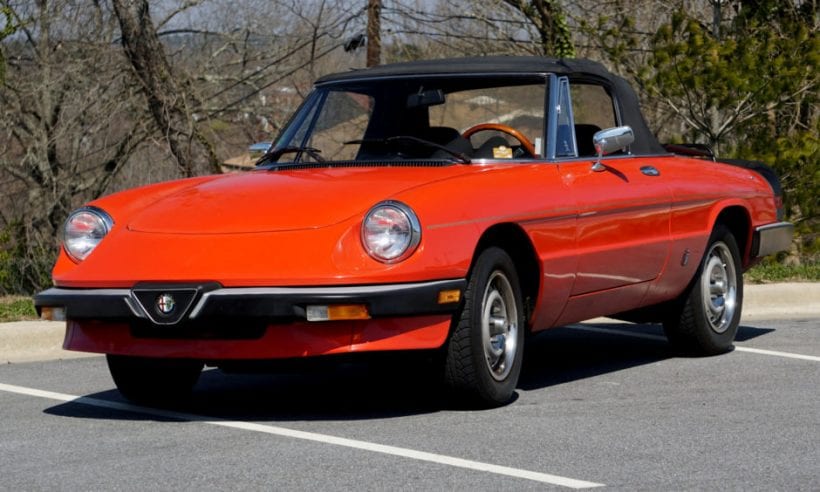 The Spider’s role in The Graduate is little more than a cameo, albeit in the pivotal scene where Dustin Hoffman’s aimless Benjamin Braddock rushes to rescue a bride from matrimony. Or maybe more aptly, it was a star-making turn by an unknown. Unlike the Aston Martin DB5, already a celebrity when Goldfinger was released, the tiny Alfa Romeo was hardly a byword for luxurious motoring in 1969. Which is maybe how a college graduate ended up driving one—across the San Francisco–Oakland Bay Bridge and into cinematic and motoring history. The Spider rode The Graduate’s Simon and Garfunkle-soundtracked post-grad malaise through the decades, ceasing production only in 1993, nearly in time for Ben’s 25th college reunion.