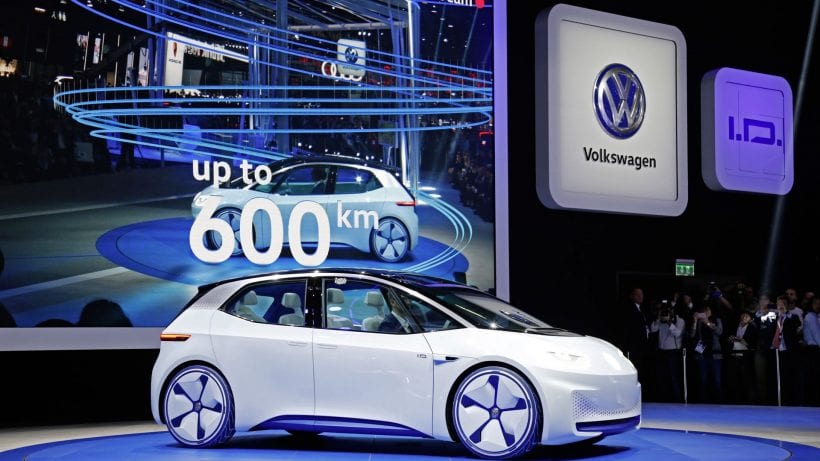 Electric cars are without a doubt the future of ground transport. Some companies saw this early on, while others are just now entering the game. Whatever the case, fans of electric vehicles, and cars, in general, are going to enjoy the next decade. Those who still do not believe in electric cars do not have anything to worry about, as the performance and styling of these machines are better and more impressive each year.

In the upcoming years, the electric car market is going to explode with a wide variety of new models, from both established manufacturers and up and coming ones. In the next two years, the next wave of EVs will reach new heights when it comes to operating range. The best of these new cars will be able to run for as much as 400 miles per charge, while the sportiest will rival the most exotic cars regarding speed, performance, and styling. Read on to learn which are the best and most exciting electric cars, SUVs, and trucks soon to come on the markets worldwide. 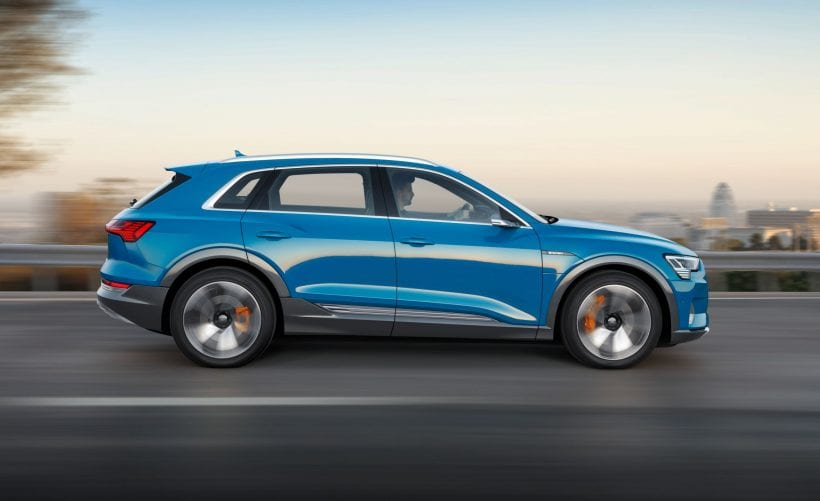 This will be the first fully electric car in the USA by the famous German brand. It is an all-wheel-drive, five-seat luxury crossover SUV. In size, it is going to be similar to the famous Audi Q7. Regarding range, it is expected to deliver around 250 miles from the 95-kilowatt-hour battery pack. In addition, a coupe inspired Sportback version is set to arrive later in 2019, along with a four-door GT model soon after it. 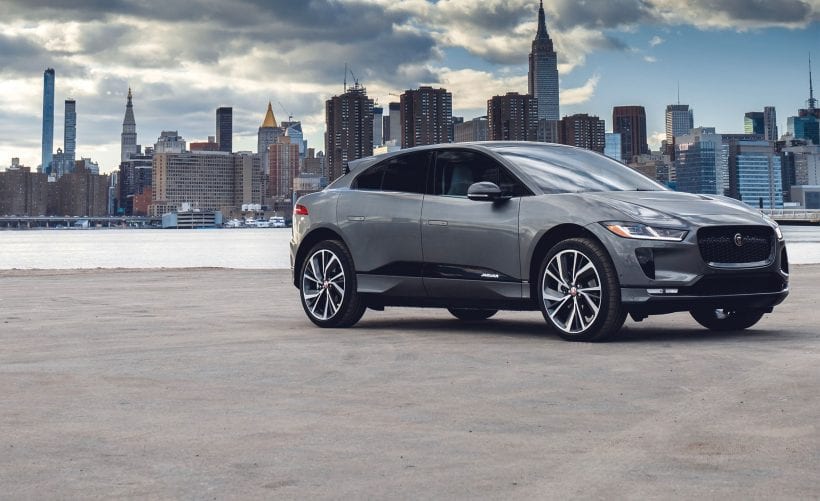 This going to be the first full-electric vehicle by Jaguar. When it comes to size and class, it is a decidedly racy midsize SUV. It will get power from the 90kWh lithium-ion battery pack, with an estimated range of about 234 miles. The twin electric motors produce an impressive equivalent of 395 horsepower, allowing the car a 0 to 60 mph run in only in 4.5 seconds. 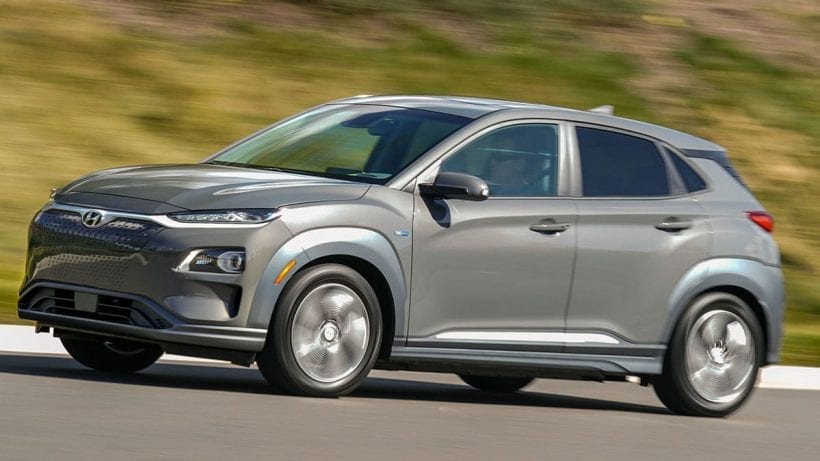 This full-electric version of the small crossover SUV by Hyundai debuts this year with a 201 horsepower electric motor. The estimated operating range per charge is expected to be 258 miles. 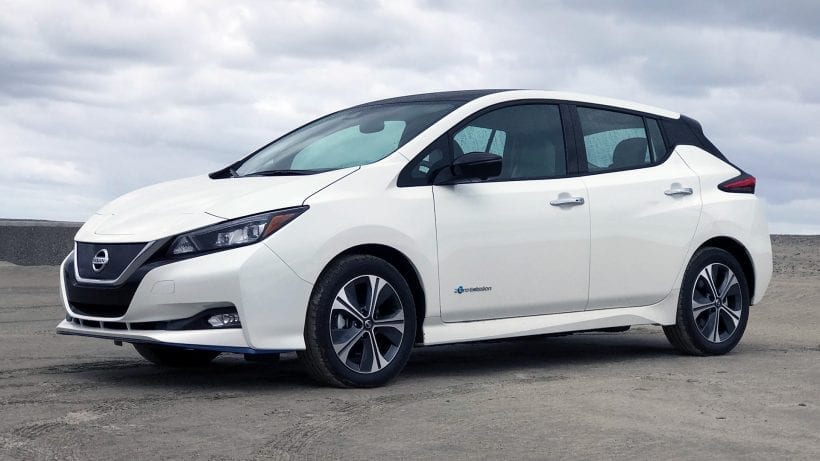 The manufacturer says that it will introduce the new version of their model with a larger battery pack and added miles on a charge. More details are yet to appear. However, with the standard version offering 150 miles, something around 200 miles is what most people expect. 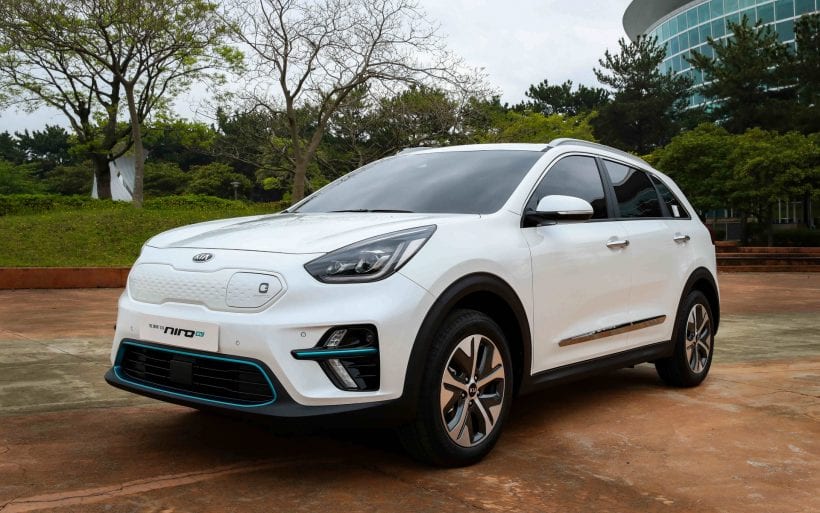 The full-electric version of this compact crossover SUV is just around the corner, marketed as the 2020 model. The car was first only limited to California and 11 other states, with a 64-kilowatt-hour lithium-ion battery pack. It powers the 201 horsepower electric motor and runs for 239 miles on one charge.

Despite all of the extended delays by the famous company, the long-awaited $35,000 entry version of their Model 3 car could go on sale at the long last sometime during this year. 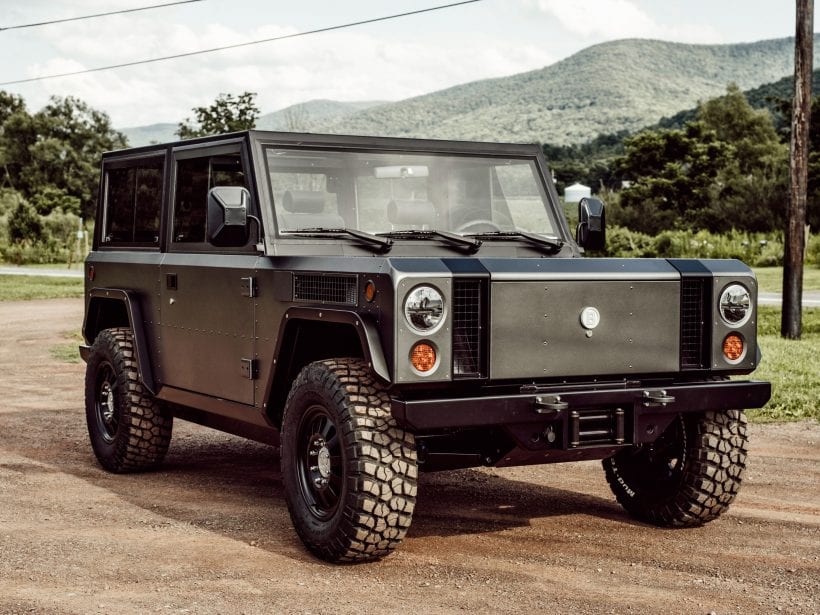 Bollinger plans to start with the sales of this electric, military looking, boxy utility vehicle by the end of the year. The car is built on a lightweight and sturdy aluminum frame and comes with all-wheel-drive. A 200-mile range was promised, from its 120 kWh battery pack. The company claims that the car can reach 60 mph in roughly 4.5 seconds, and tow up to 7,500 pounds. Additionally, a full electric pickup truck version is also in the works. 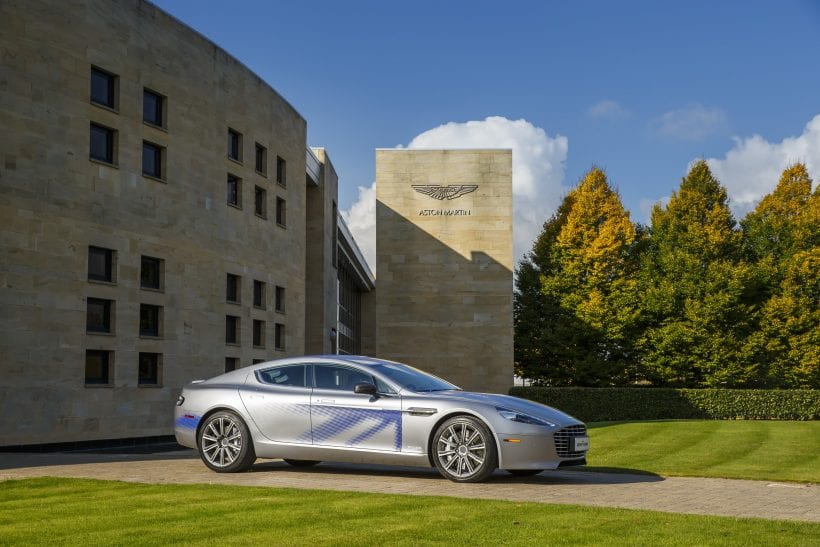 The legendary British exotic sports car manufacturer plans to unveil their first ever EV later in 2019. The car is going to be based on the brawny and beautiful Rapide model and is targeted to run for more than 200 miles on one charge, and reach 60 mph in less than four seconds. What is more, the production will be limited to only 155 units. Regarding the price, this car will sell for somewhere around $260,000. 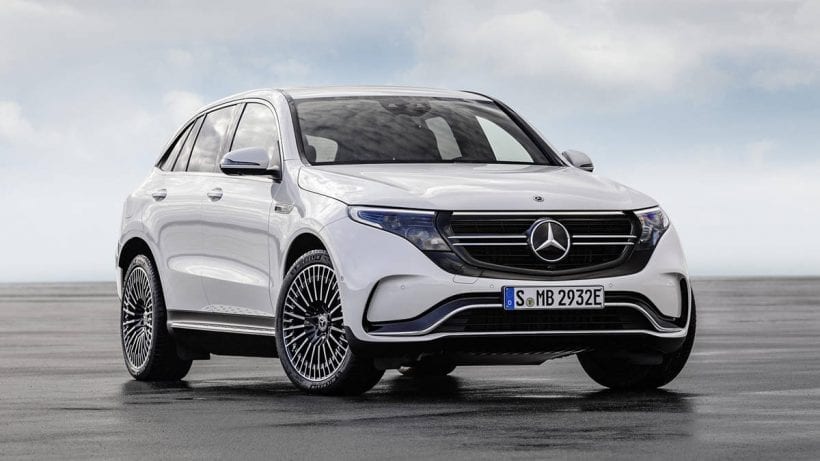 Like all of the other big players on the market, Mercedes is also getting into the EV business with a whole family of special branded models. The first of these new machines are expected to be a stylish compact crossover SUV. Reportedly, the EQC is set to come with two electric motors that give it over 400 horsepower, and a 0 to 60 mph run in less than five seconds. The operating range is estimated to be 279 miles per charging.

This is a redesigned version of the funky/boxy compact hatchback by Kia and arrives in 2020 with a new 64-kWh lithium-ion polymer battery. The pack delivers an unfamiliar range as of yet. Some reports say that around 225 miles are to be expected, a considerable improvement over the 150-mile range of the current model. 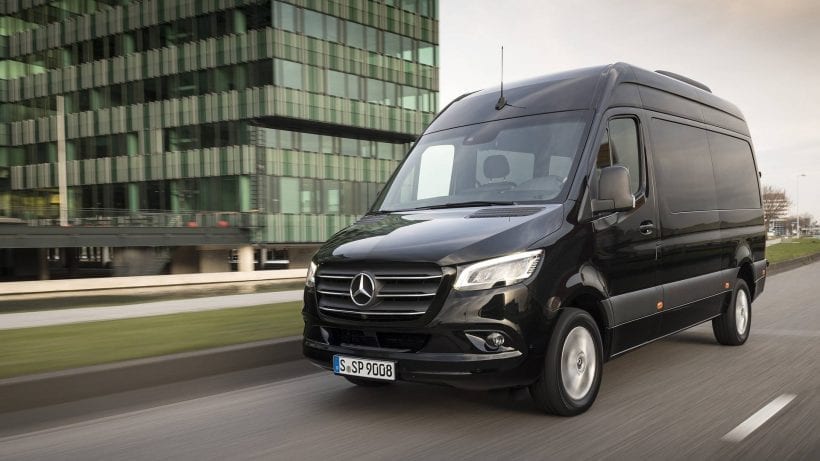 Another one from Mercedes, this large commercial van is set to be redesigned for 2020. A full-electric version part is another part of their electric lineup. 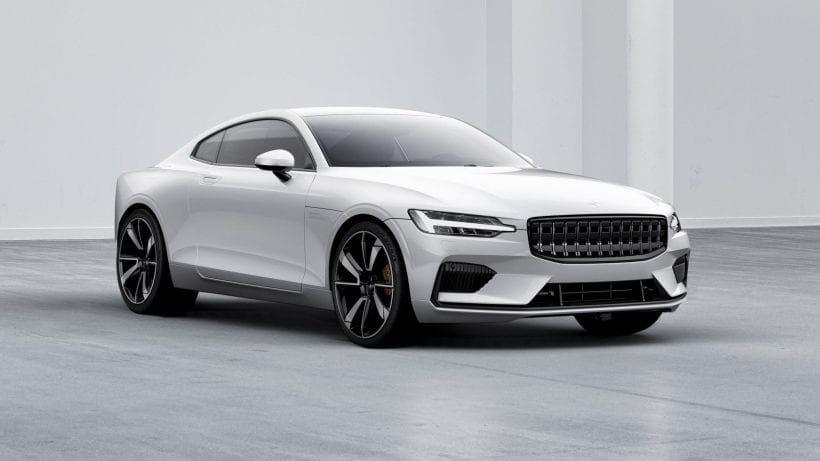 Volvo plans to debut a new line of performance oriented electric models for next year, under the brand name of Polestar. Their Polestar 1 model is a plug-in hybrid coupe, but the Polestar 2 is going to be a full-electric sedan car. It is riding on the same underpinnings as the XC40 crossover, and the sources say it will offer 400 horsepower and an estimated per charge run of 350 miles. 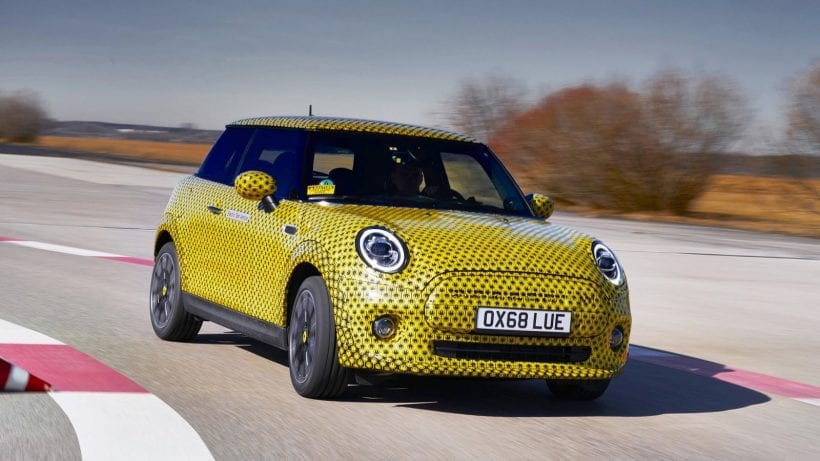 The name of the car says it all basically. The iconic car manufacturer is ready for the future with a full-electric version of their legendary Mini Cooper Coupe, set for introduction by the end of this year. It will allegedly share the technology with the BMW i3 electric car and will give 200 miles of range, in addition to their famous go-kart inspired handling. 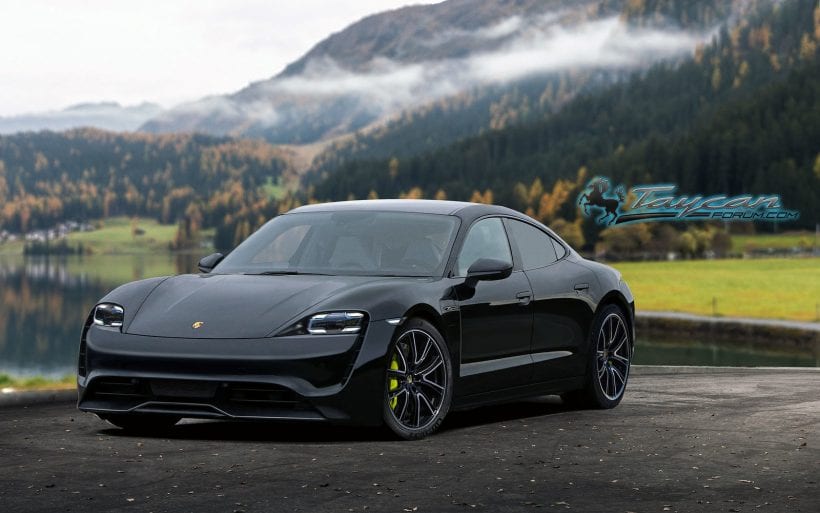 Another brand new to the electric game. The first EV by Porsche will be this ultra-sleek electric four-door sports car, similar to the Panamera at first glance, according to some fans. The targeted range of over 300 miles on one charge is great, allowed by the two synchronous motors generating more than 600 horsepower. This crazy amount of horses will enable the Taycan to reach the 60 mph from 0 in about 3.5 seconds. If this is not enough for some, a Sport Turismo hatchback version is also going to debut within a year from the release of the original. 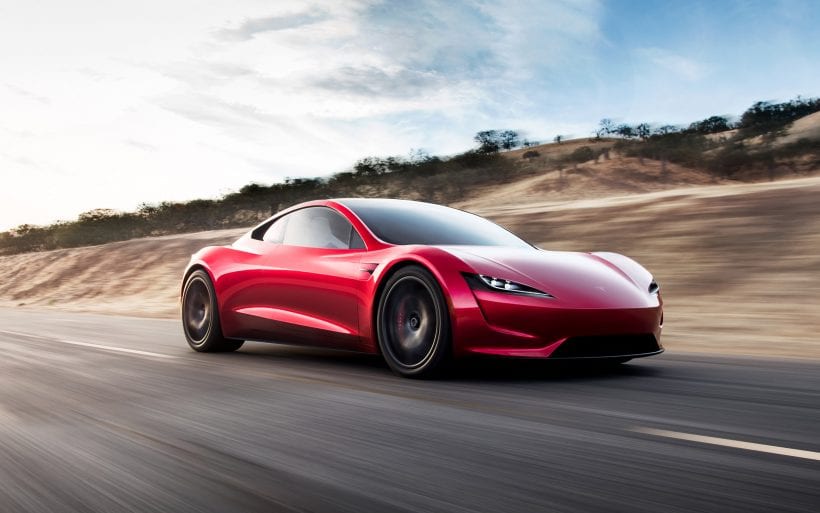 Without any surprise, the Tesla Roadster returns for the 2020 calendar year with a modern curvy profile and unbelievable performance of their flagship car. Elon Musk and the company promise an unbelievable range of 620 miles on a single charge, and a rocket speed from 0 to 60 mph in an astonishing 1.9 seconds. The top sped is highly illegal, at more than 250 mph. All-wheel-drive is their standard and really is a necessity to keep the tires stuck to the pavement in these surreal speeds. 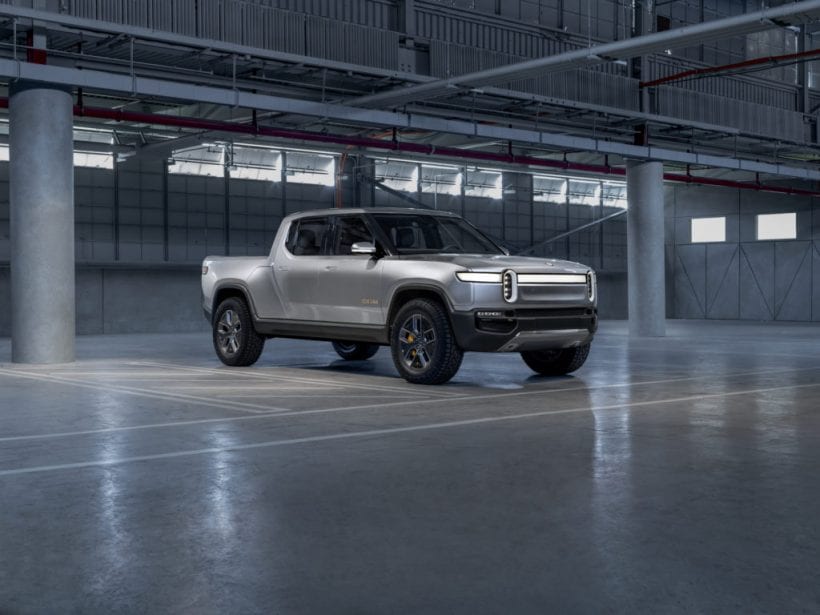 This is another fledgling EV maker after Bollinger. Rivian wishes to offer this sleekly futuristic pickup truck as their first choice. It is built in a former Mitsubishi plant in Normal, IL. The R1T is said to have 400 miles of range, a run from 0 to 60 mph in only three seconds, and amazing off-road capabilities. Within a year, it is set to be followed by an SUV version, by the name of R1S. 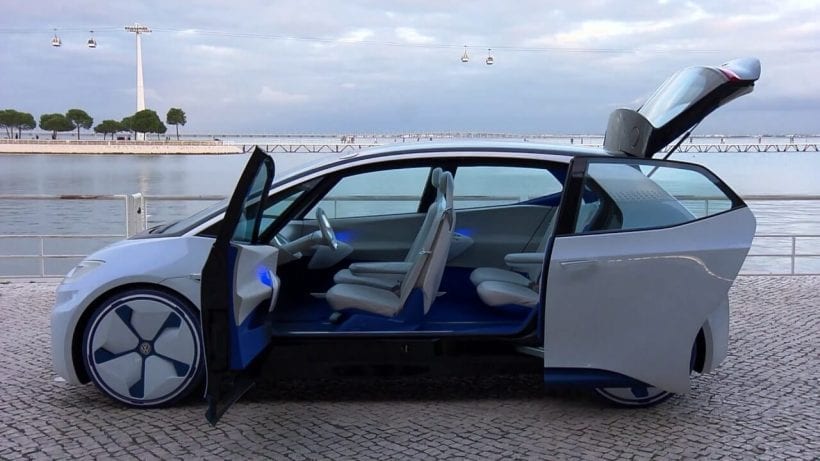 This is the first of what many expect to be a whole series of affordable EVs from the German manufacturer Volkswagen. This car will reportedly be a small battery-powered hatchback. It is based one of their concept versions with 168 horsepower from the electric motor, and a range of somewhere between 249 and 373 miles on a single charge. The crossover variant will be called the ID Crozz and could follow the ID within a year. In addition, the Microbus inspired ID Buzz will also arrive at that time. 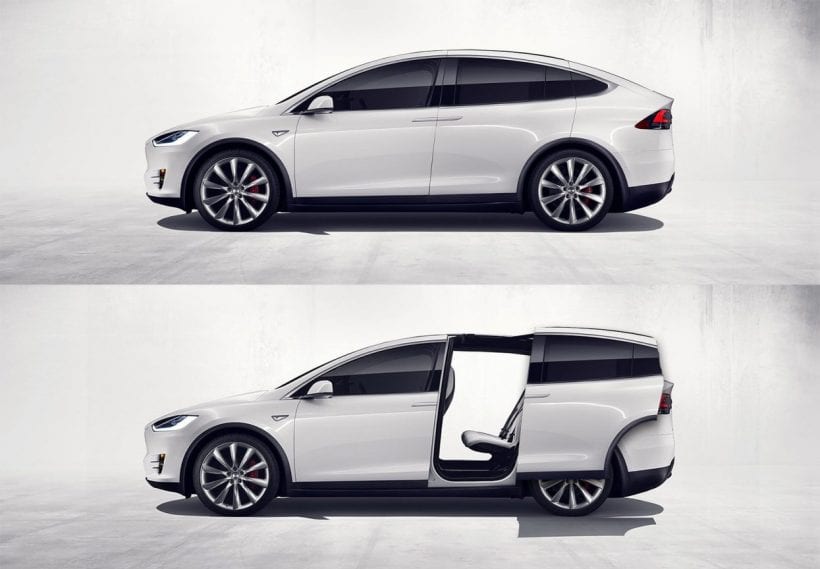 Another model from the famous brand, this is set to be a crossover SUV version of the Tesla Model 3 sedan. If we assume that no production delays or other corporate drama will take place this time around, the car will hopefully enter production sometime during next year.