Home
Police Cars
Top 10 Police Cars to Watch Out For 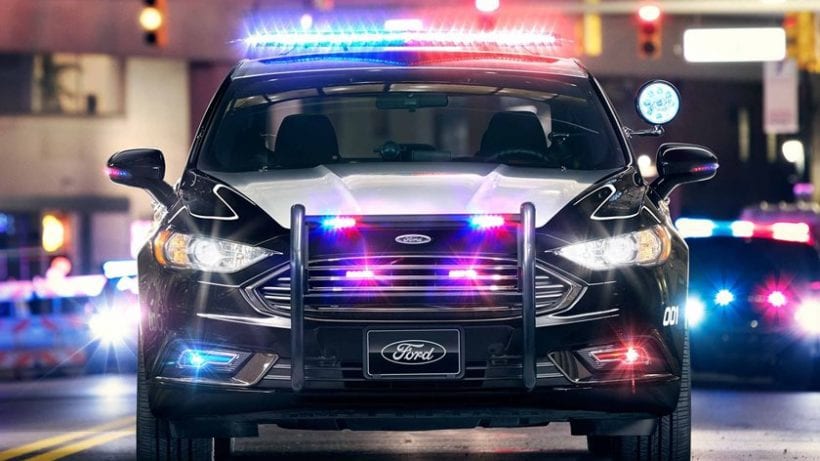 No matter which car they drive, the police will catch you one way or another. Especially if you have some supercars made by the famous brands, you need to watch out. Even if they are still using old fashioned models they can call for backup quickly and you will be in trouble. Now, we are not talking about the old and slow police vehicles. Instead we will devote our time to 10 extraordinary models that are standing in the thin blue line between chaos and order. The police in Dubai is using the Bugatti Veyron and you shouldn’t be surprised if you see that. They show their wealth but also the power to those who want to race the streets of this city. The Veyron is priced at $1.5 million and it can reach 60 mph in 2.5 seconds. 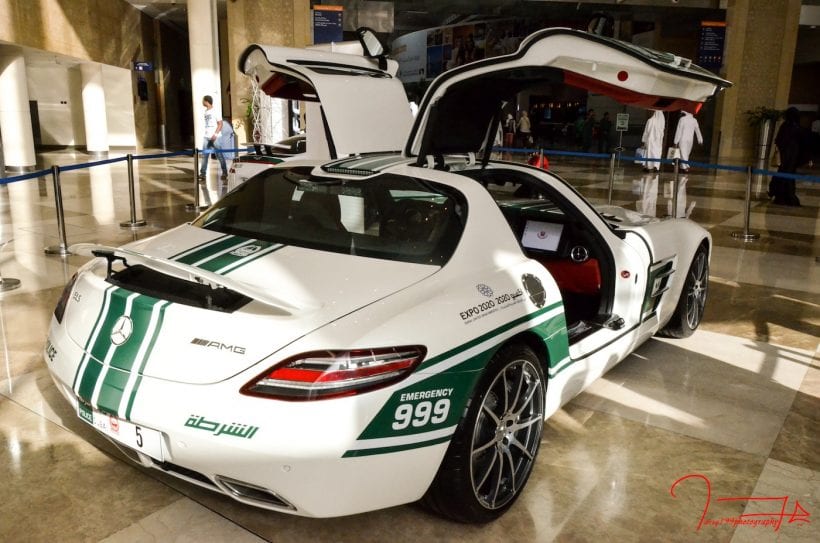 The police in UAE have a point to prove and they do so with the Mercedes-Benz SLS AMG. To make matters even more interesting, they have modified this already-fast car to make it even faster. Powered by the V8 engine, this $270,000 vehicle can accelerate to 60 mph in 3.2 seconds. 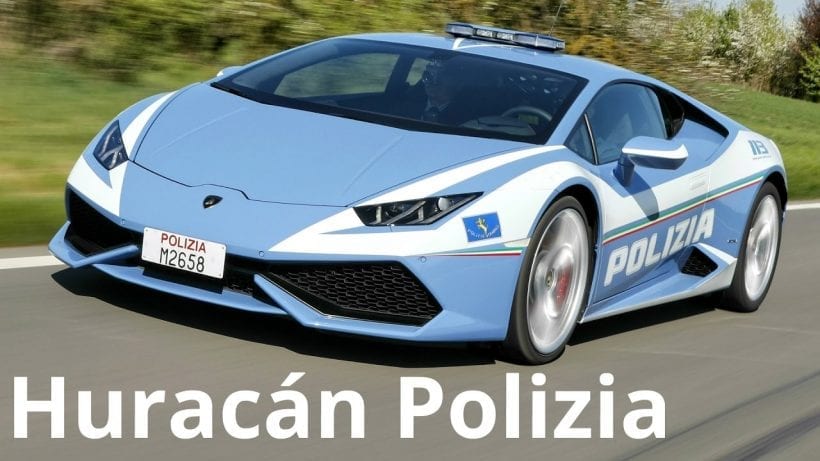 Various supercars brands originate in Italy and it is only natural to have the Lamborghini Huracan used by the police in this country. This model has a 5.2-liter V10 engine that generates 602 hp and it goes from 0 to 60 mph in 2.3 seconds. Try to escape it, we dare you. 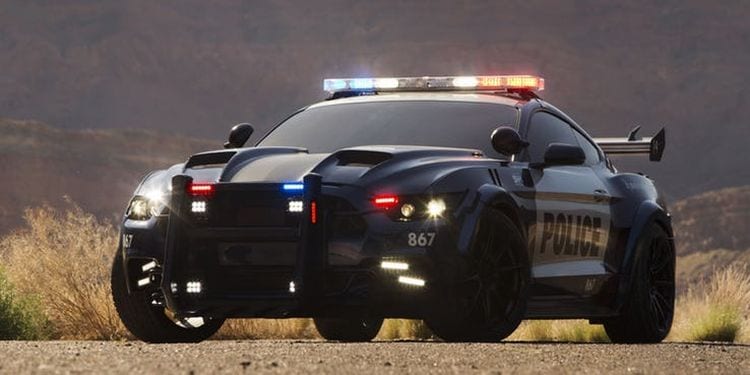 Ford Mustang is one of the best muscle cars with a name that stretches deep into history. And to see the police colors makes it even more intimidating. Although not nearly as pricey as the other vehicles from our list, the Mustang is quite powerful as it takes only 4.3 seconds to hit 60 mph.

It is slightly odd to see the British police riding in luxury vehicles and yet…One of the cars used by the Brits is the Rolls-Royce Ghost that has a V12 engine good for 563 horsepower. The starting price of this model is $290,000. 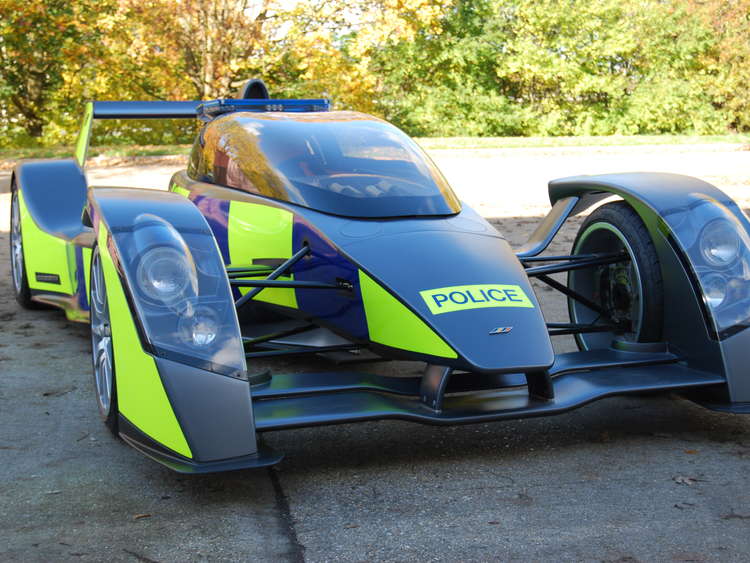 One of the vehicles in British police fleet is the Caparo T1. It is a mid-engine car that is here to make sure nobody can escape the law. With a V8 rated at 610 horsepower, getting to 60 mph is a joke to this model and it takes it only 2.5 seconds. It costs $300,000. 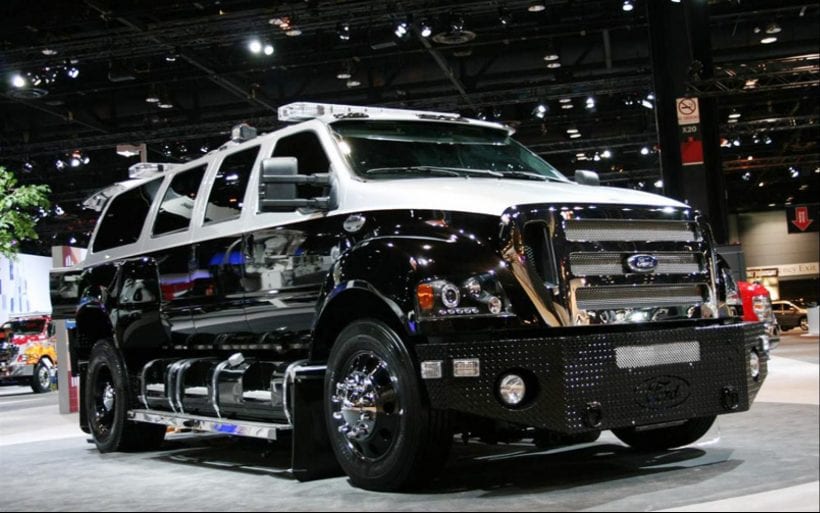 Not all police cars need to be fast in order to be good. And this Ford F-650 proves it. It is a commercial truck that appeared in 2000 for the first time. It comes with a siren and black and white colors, but the police still aren’t quite sure how to put it in use in the best manner possible.

The police in the UK are trying to come up with different ways of catching the bad guys. That is why they added this Formula 1 car to the mix. According to the Independent, it comes with a 350hp Honda engine and it will be used to strike terror. However, this F1 model is limited to race tracks only. 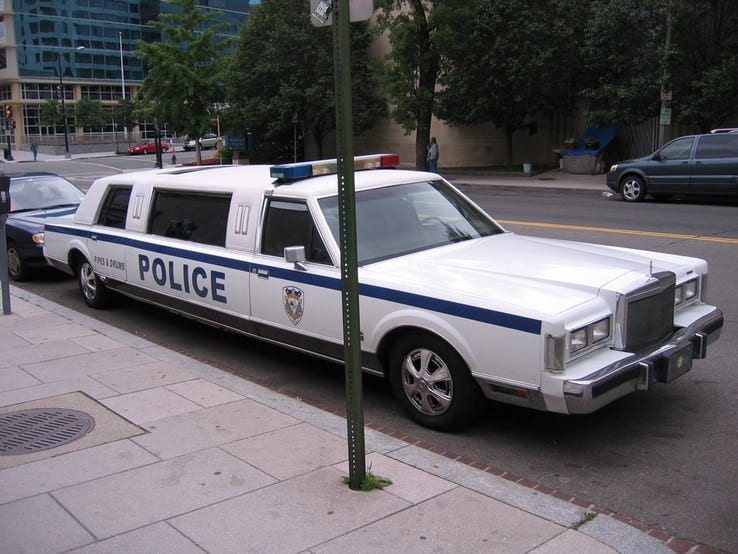 The police needs to ride with style and they are not only doing high-speed chases. Sometimes, they need to provide escort for the top dogs and what better vehicle to do it than a limo. This is an interesting and not so common sight. 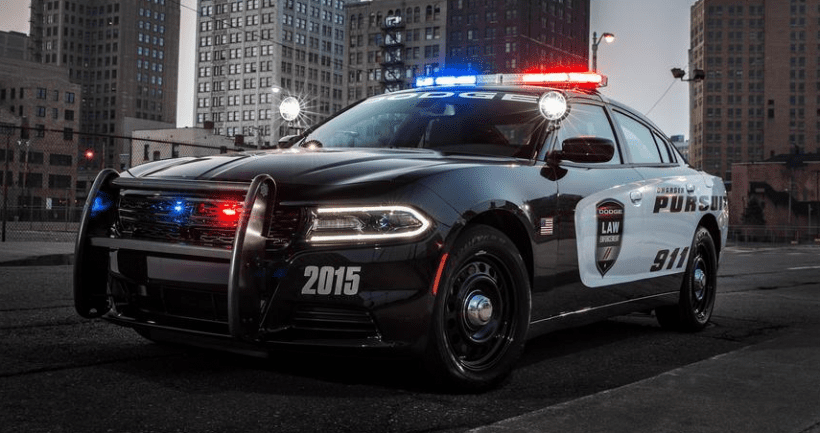 Is there a more perfect police car than the Dodge Charger? The average price of the 2013 model, for instance is $30,000 and the engine under the hood is a 5.7-liter V8. People tend to behave whenever the Charger is patrolling the streets.