Home
Tips
The Ominous Signs of Some Driver-Assist Systems 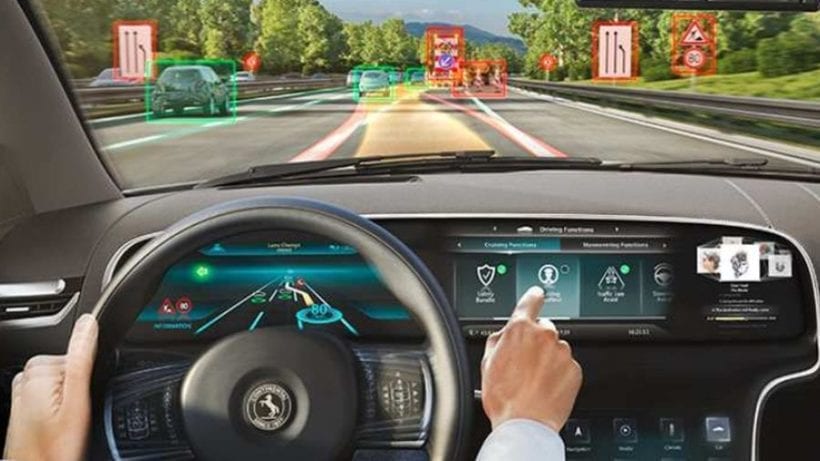 According to a recent AAA report[1], some of the advanced features in new automobiles may be a dangerous distraction.

Surprisingly, the report found that these advanced systems, which were designed to make driving safer, may serve to distract drivers when the systems are engaged. Advanced features, like lane-departure prevention systems, maybe twice as likely to distract drivers’ attention than the things which were normally regarded as distracting[2] – texting, talking on the phone, etc. – before these semi-autonomous systems became available.

To find out more about what was behind the paradoxical nature of these driver-assist systems, AAA launched a collaborative effort with the Virginia Tech Transportation Institute that would examine video of the real-time driving behavior of two groups of drivers.

The first group included drivers who owned vehicles equipped with advanced systems and who were familiar with them. Their driving habits were chronicled for an entire year.

The second group was less familiar with the advanced driver assistance systems (ADAS) and used borrowed vehicles equipped with the ADAS systems. They were followed for a month while their driving habits were closely monitored. 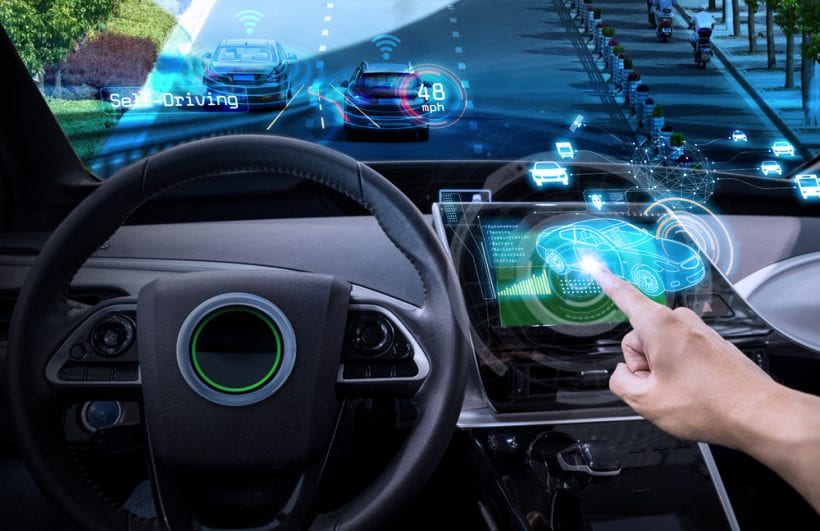 Surprisingly, the study found that the drivers who owned vehicles equipped with ADAS systems and were familiar with its use, were more likely to practice distractive driving when the system was not engaged.

However, and equally surprising, the drivers who practically never used such systems maintained their level of alertness, even when the ADAS had been disengaged.

The researchers surmised that the drivers who were new to the technology just didn’t trust it yet, so they remained on their guard. Therefore it was not surprising that the longer the unaccustomed drivers used the ADAS systems, the more comfortable and reliant they became, the more likely they were to be distracted.

“This new research suggests that as drivers gained more experience using ADAS technology, they could develop complacency behind the wheel,” concluded Dr. David Yang, the executive director of the AAA Foundation for Traffic Safety in a formal announcement. He went on to say, “Over-reliance on these systems can put drivers and others in dangerous conditions during critical moments.”

The latest data from the National Highway Traffic Safety Administration showed that some 3,166 people lost their lives in distracted-driver related incidents in 2017[3]. Also, 599 non-occupants (pedestrians, bicyclists, etc.) were killed in distracted-driver related accidents, which were defined as a driver averting his attention away from the task at hand to fiddle around with such things as, reaching for a snack, engaging in conversation with another passenger, changing the station on the radio, or adjusting the climate controls, and the ubiquitous texting and/or talking on the cellphone.

Gone are the days where the only causes of problems are faulty engines and overlooked repairs[4] or overdue maintenance. It seems that the more autonomous vehicles become more common, the greater the risk of an autonomous-vehicle related accident. 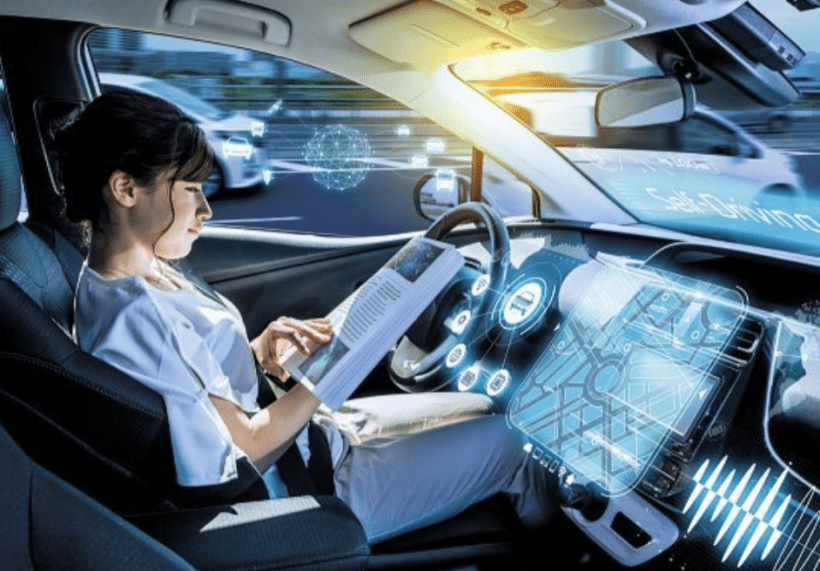 For example, the Tesla TSLA recently caught the eye of safety regulators because of several incidents involving its autonomous vehicles.

Tesla’s version of autonomous vehicles features the Autosteer system, which aids the driver by adhering to a clearly-marked lane, and Autopark, which helps drivers perform the difficult parallel parking maneuver.

When Tesla unveiled its advanced “Summon” feature in September, which lets drivers “Summon” their Tesla from its parking spot, while standing outside the vehicle, while using the key or an app to steer the vehicle toward them, several videos quickly went viral showing the remote-controlled vehicles being involved in some near-misses. The fact that all of the recorded incidents were near misses did not decrease the unease the appearance autonomous vehicles had instilled in some wary motorists and pedestrians.

When contacted by Market Watch, Tesla did not respond immediately, but the Tesla home page noted that the “Model S, Model X, and Model 3 have all received a perfect 5-star safety rating in every U.S. Government testing category. And the Model 3 graded out as having the lowest injury probability among any cars the U.S. Government has ever tested. But that fact hasn’t decreased the level of concerned shared by those who would be adversely affected if one of these vehicles malfunctioned.

In March of 2018, one of Uber’s autonomous vehicles struck a woman and killed her as she walked her bike across a street in Arizona. It was believed to be the first fatality involving an autonomous vehicle in the U.S.

While the vehicle failed to detect Herzberg as she crossed the street in front of it until just 5.6 seconds before it hit her, and the fact that the vehicle’s emergency braking system had been disengaged before the accident, the National Transportation Safety Board pointed out that there were numerous human errors associated with the accident as well when it published its findings on the accident.

For example, the driver was found to have been watching an episode of “The Voice” on her cellphone for a third of the time she had been piloting the vehicle leading up to the accident. Plus, the pedestrian was jaywalking at nighttime when she was struck by the autonomous vehicle.

“Automation complacency needs to be in everybody’s vocabulary,” Bruce Landsberg said, a board member at the NTSB at the time of the accident, according to The Verge[5].

Like Tesla, Uber did not immediately respond to Market Watch’s request for comment either. However, the company did release a statement stating, “We deeply value the thoroughness of the NTSB’s investigation into the crash and look forward to reviewing their recommendations once issued after the NTSB’s board meeting later this month. 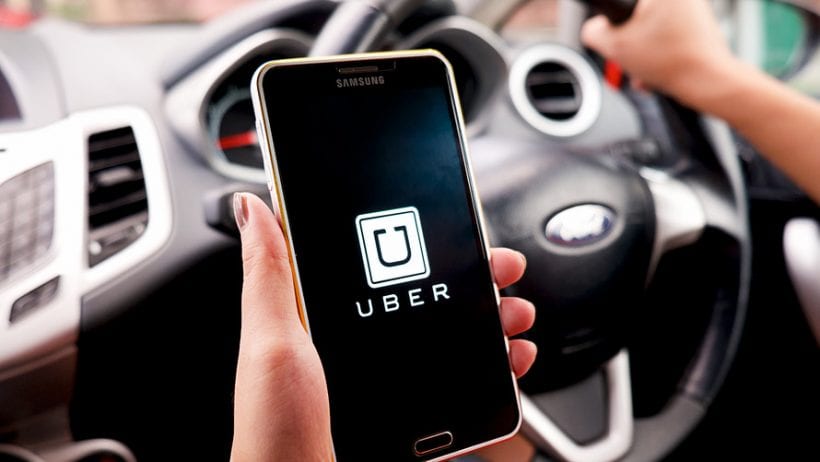 “Advanced driver assistance technologies have a lot to offer in terms of comfort and safety, but they should never replace an attentive and engaged driver,” Dr. William Van Tassel said, an AAA driver training-programs manager. He added, “Remember, technology fails us daily while at work and at home. So, don’t get caught driving distracted when being focused on the road can save your life.”

[2] Distracted Driving – Legal Obligations And Rules You Need To Know