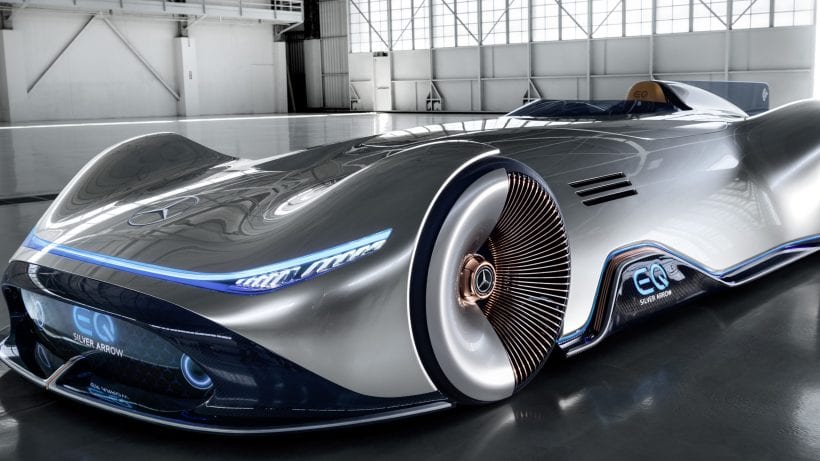 The newest edition in the long line of Mercedes concept cars is here, and it is called the EQ Silver Arrow. This stunning vehicle combines a classic design utilized on many other concepts and pairs it with modern electric powers and technologies. Read on to learn more. 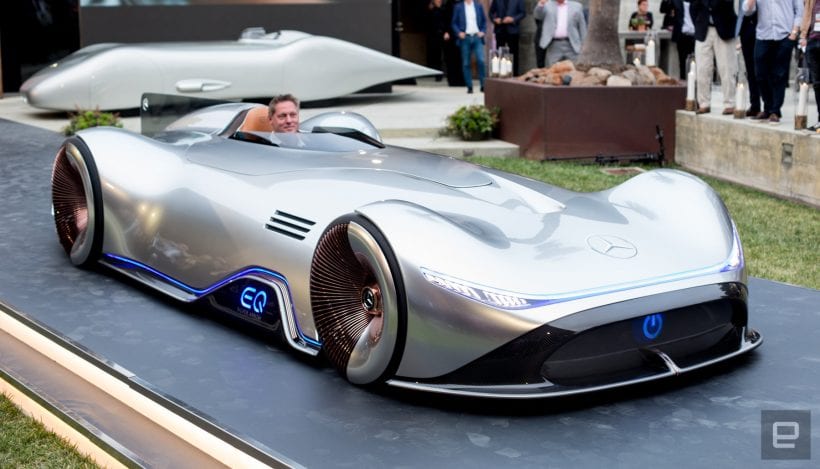 The legendary German automaker Mercedes said that this is only a “show car”, as it is meant to pay homage to their classic 1937 W125 Silver Arrow. However, this is not all the car is meant to do. This breathtaking creation is also an exciting teaser for the future of electric supercars that are bound to come sooner rather than later. The engineers will try to put most of these specs and technologies in electrified Mercedes cars in the near future, but still, the mere sight of the beauty that is the EQ Silver Arrow is a celebration on its own. It makes us think of words like flamboyant, elongated, exaggerated, seamless, and polished, all at once! This is what people daydream about when someone says “futuristic car” or “sci-fi car”. It truly does look like it comes straight from a space movie.

Although it looks amazing, the EQ Silver Arrow does not consider practicality at all. The original historic 1937 car was silver because if they had painted the aluminum body, it would have added more weight. This art piece is silver simply for the aesthetics, which is why it has been treated with multiple layers of “alubeam silver” that gives it the liquid metal look, again, very futuristic-like. The frame is, of course, carbon fiber, obligatory for everything modern and lightweight. When it comes to power and under the hood specifics, Mercedes says it has 750 horsepower and an estimated acceleration from 0 to 60 mph in less than two seconds. It is crucial to note that the EQ Silver Arrow is a fully functional car that can be driven, a breath of fresh air since most other concepts are only pretty shells with unreal promises. 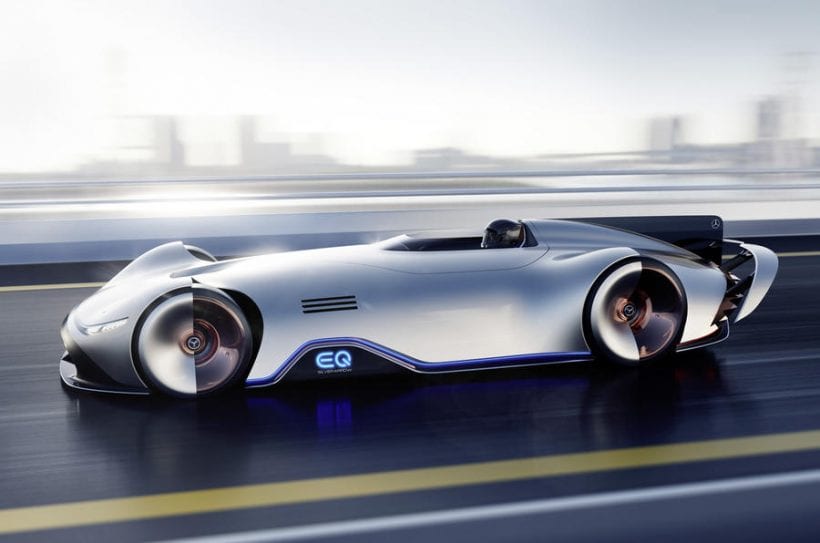 We already praised the unreal design of the car, but let us dwell a little bit more into the choices they chose. In the front, there is a pair of aggressive headlights framed by a blue LED monobrow. Furthermore, additional blue lighting is located on the side skirts of the car, accenting the lines and the overall futuristic vibe. A similar single-band taillight is present at the rear end, sitting under a split wing. On the sides and the cool half-covered wheels, you can spot some rose gold detailing. Mind that this color is going to be an important part of the whole EQ Mercedes-Benz series. The upcoming EQC SUV is set to have it too. The blue color, on the other hand, is a broadly accepted color for electric models. Remember that BMW i3 and i8 also have them, and they both look amazing. 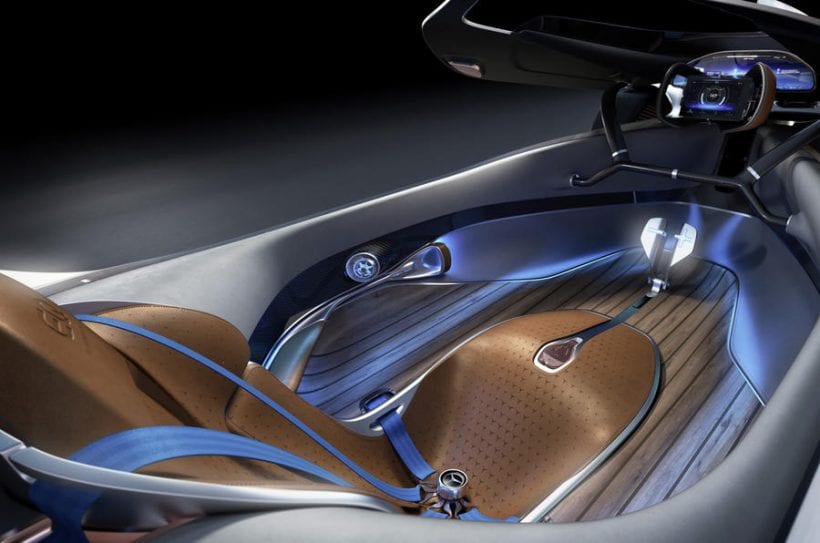 When it comes to the inside of the car, Mercedes also treated it with tons of future technologies and designs. In front of the driver, a large display is present, said to be a curved panoramic screen that offers back projection. Mercedes planed for this panel to project a 3D image of the road in front of you. What is more, there will be an option to have the so-called virtual race with a racetrack virtually created on the road. This essentially means that you would get the complete look of a racetrack around you, complete with ghost cars you can compete against! How crazy and brilliant is that? This idea has to be well-thought through in order to be safe for the driver, and the environment. But if anyone can do it, it is surely Mercedes. Last but not least, there is a touchscreen in the steering wheel.

When comfort and the actual sitting are concerned, the seat and steering wheel are made of classy tan leather, while the whole interior of the cockpit is a beautiful mix of grey suede and polished aluminum. Under your feet, the floor is a pinstriped walnut shade. Mercedes has described this interior design as “progressive luxury.”

Mercedes truly shocked us all with this show car concept, but what else can we expect from this hugely successful company? Although practicality and logic were not the highest of priorities, this is still a special car that can be better suited for actual road and track use. They managed to stun the critics and customers alike, and we cannot wait for them to make a true production car with these aesthetics and technologies.