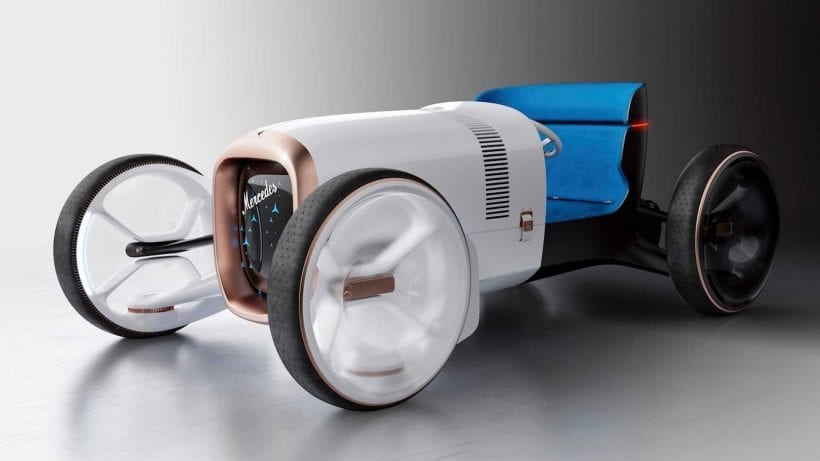 When you say old-school in the world of automobiles, you are thinking either about old-timers or the old type of vehicles that we can see in black and white pictures from the beginning of the 20th century. Naturally, the first option is more common by far. So, you would be surprised that Mercedes-Benz decided to reboot the concept they used to work on when the automobile industry was in beginning.

We are pleased to present you with the Vision Mercedes Simplex, which is an electric concept and it is inspired by the first Mercedes ever made. The first Mercedes ever made was Mercedes 35 PS built in 1901 by Daimler-Motoren-Gesellschaft. This car was designed based on the suggestions of Emil Jellinek, German who was very successful at importing and selling cars in France, more exactly Nice. Surprisingly for today’s standards, this was a race car.

He insisted on long-wheelbase and wide-track design who has an engine that is mounted low in order to achieve a favorable balance. The result was a vehicle called Mercedes 35 PS. The origin of this car’s name is the name of Jellinek’s daughter who had a name Mercedes. Also, this number 35 in the name of the car was representing the amount of horsepower that this car had.

Jellinek was a person that enjoyed racing and with him at the wheel, this car achieved a significant amount of victories and was considered very modern at the time. So, after people got a glimpse of the capabilities of this vehicle, Daimler’s sales increased enormously. The automaker decided that they should keep the name Mercedes and attach it on all of their cars. The conclusion is that Mercedes 35 PS set some standards for the automotive industry and some of them are respected even today, however, modernized. 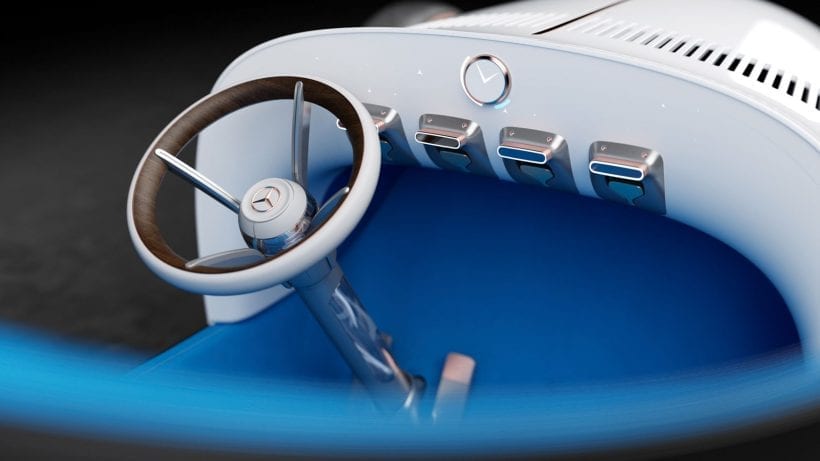 The revival of the first Mercedes was considered dubious for the first time. However, people saw pretty quickly that this concept can be really interesting if made proper of course. The surprise was big when people saw the first picture of this car. The design was almost the same as it was with the Mercedes 35 PS. This concept imitates 35 PS’ radiator grille, the way wheels are occupying the four corners, and the open cockpit. The design in terms of color is pretty drastic with black color in the back and the bright white color in the front.

As we already said, the whole idea was to pay homage to the first Mercedes ever made. However, the specifications are not something that car manufacturers of the modern age would be ashamed of. Of course, this vehicle is preferred by people who live in certain climate conditions because this car features no roof. So, having it in the rain could be a problem for its owner, you will agree? Furthermore, this car features an upright proportion and a narrow body. We wouldn’t exaggerate even if we said that this car looks like a fantasy machine from the future even with its old-school design which dates back to the beginning of the 20th century.