Believe it or not, the best-selling brand in the first quarter of 2016 is Volkswagen! Germans have sold a total of 2.51 million vehicles (growth of 0.8 percent compared to the same period in 2015). Another interesting thing about this achievement is that it happened mostly due to buyers in China.

Therefore, VW, as a sign of goodwill, at the Salon in Beijing introduced the concept of “T-Prime GTE” lineup announcing a new generation of Touareg. Volkswagen concept is described as the most advanced SUV in the world which relies on hybrid technology and fully digitized cockpit. Made on the MLB platform, “T-prime GTE” is distinguished by large windows that allow the insane amount of sunlight in interior, 22-inch wheels and LED lights that are integrated into the bumper.

The large SUV is 5,070 mm long, which is 270 mm longer than the current “Touareg”, and is 1,999 mm wide. In front of the driver is a digital instrument panel, diagonal of 12 inches, while the center console screen comes with diagonal of 15 inches and offers access to the multimedia system. 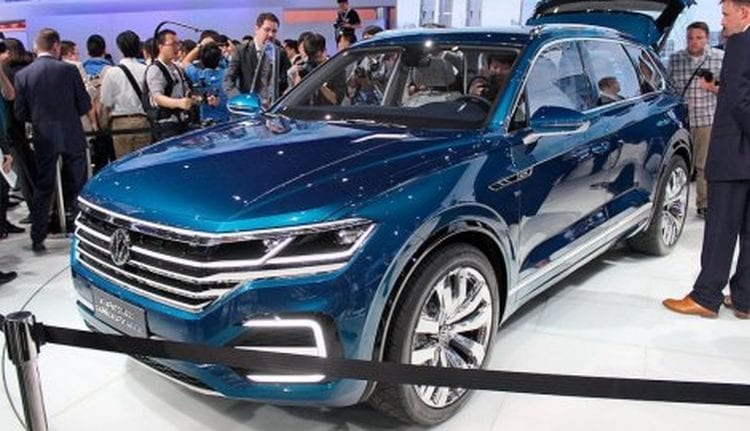 Classic buttons on the steering wheel have been replaced by touch-sensitive controls. And that’s not all, between the rear seats we are getting 9.6 inches screen that offers travelers the ability to adjust the position of seats or to control air-conditioning. We are not sure if both of these features will be transferred to a production version, but it certainly is a nice way to show of tech capabilities of one company. 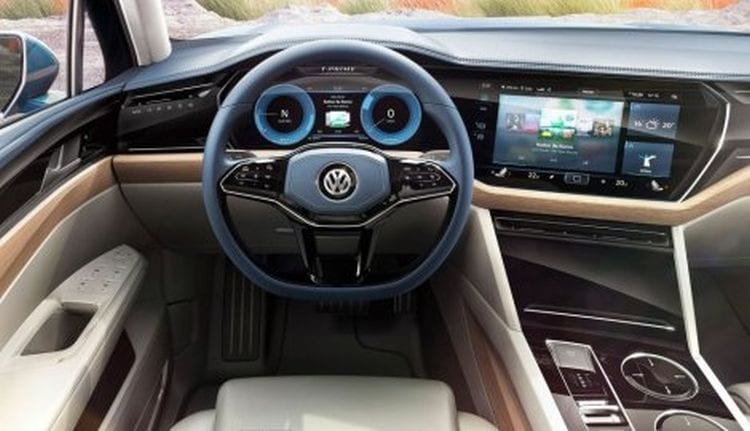 “T-prime GTE” concept uses the plug-in hybrid system that combines a two-liter turbo petrol engine, E-motor, and lithium ion battery pack. The total system power is impressive 375 hp and 700 Nm, which is enough to accelerate to hundred in six seconds and to achieve a maximum of 224 kilometers per hour. According to the data, average consumption is 2.7 liters, and only on electricity, the vehicle can travel up to 50 kilometers. Power is delivered to all wheels and “T-prime” uses eight-speed automatic transmission.