Does anyone still remember Suzuki’s model Grand Vitara that was introduced in 2005? New, smaller Vitara has been revealed two years ago as the fourth generation model, but that didn’t stop Japanese in pushing the production of the third one to this very day in certain parts of the world. And that is how we come to the Australian market in which after 12 years, Grand Vitara is still rolling out of the assembly lines live and well. Contrary to reason, it still exists and let us see what Suzuki Grand Vitara Sport 2016 has to say in its defense. 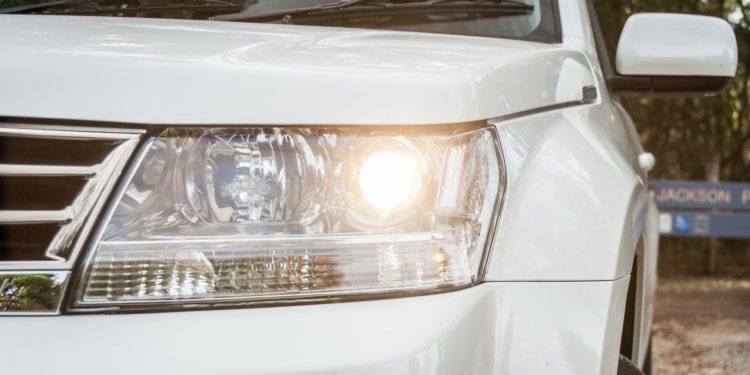 The car is obviously and totally outdated. Twelve years of lifespan in modern times proves too much for any model, let alone Suzuki’s one. It had two face lifts, one in 2008 and last in 2012, but they did almost nothing to cover the fact mentioned above. Redesign in 2012 brought new grille and new front bumper which are forcibly incorporated in outdated shape in a way that low-cost, budget-oriented car makers like Dacia and Datsun tend to do.

Changes at the rear are almost nonexistent as only fog lights changed their position, setting themselves at the lower part of the bumper. So, little has changed for more than a decade, and it is still rugged looking and boxy, giving impressions that it can stroll through nature with ease.

If we compare it to any modern rival, this could be the most hurtful point for it. We are not going to write again about its visible lifespan, you can see it from the pictures, so let’s examine other things about the cabin. The simplicity of dash makes it easy to use, plastic is obviously hard when touched, but it is durable at the same time, and visibility is quite good compared to the more modern competition.

Back seats are more for two people, while the boot is decent with 758L when seats are folded. The 6.1-inch infotainment system doesn’t offer expected features for today’s time, but it is at least fast and easily manageable.

The offer has been shrinking lately leaving us at the end with only one engine. That means 2.0 and 2.7-liter petrol units are erased from the list, same as 1.9-liter diesel. That leaves us the 2.4 naturally aspired gasoline engine delivering 166 hp and 225 Nm, which is one more thing where it is obviously behind rivals. Acceleration time is 11.2 seconds, pretty lame for today, and the worst thing would be torque rating.

You have to rev it quite high to get your peak of 225 Nm, precisely all the way to 3,800 rpm, and if you keep your foot pressed on the pedal, it suddenly loses its breath again, making the path to top 6000 rpm agonizing. You can opt for four-speed automatic, besides manual, but should you, in a world where we came to the ten-speed ones. Average fuel consumption of 8.7L per 100km is not going to impress either.

WHAT’S THE DEAL THEN

There must be a catch after all for our Suzuki Grand Vitara Sport 2016 because it is hard to imagine that Suzuki’s whole board of the directors is suicidal. And there is. Despite the fact that it’s using GM‘s Theta platform for crossovers, it incorporated many of unique solutions, so it has proper SUV capabilities in terms of its class.

With the possibility of locking differential, along with high and low range gears, an approach angle of 29 degrees and departure one of 27 degrees, it will decimate its fancy rivals in any nature excursion.

Prestige trim version was pulled out from the offer, making Sport version in question the new top choice and for the price tag of $30,990 on the Australian market, it is a plain bargain. Note that highest trims of Hyundai Tuscon or Kia Sportage ask for around $13k more, which is noticeably higher despite much better equipment solutions.

For the end, after all this nagging about the looks, we must say something that could work to its advantage. And here it is, just take a look at how modern looking is Mercedes G-Class or Jeep Wrangler, let alone Land Rover‘s Discovery. We are not trying to say that this Suzuki is a match for any of them, it is just that there are people that could dig its old-school, or maybe we can already say its retro-look.