Even though Hyundai had already unveiled the new i30 at the Paris Motor Show earlier in 2016, the Wagon version was not seen up until now. The new design of the vehicle can be seen on the image that spy photographer captured. The car had heavy camouflage, but some things could be noticed. It is clear that we will be getting the same front end and doors like the hatchback version, which is typical for a wagon derivated from a sedan or a hatchback.

Judging by the photos the Wagon version shares the same rear end with the regular i30. The new model uses the same platform like its predecessors and Kia’s Cee’d, which is a vehicle that is currently being developed and is expected to be available to customers in 2017. Just like Kia Cee’d, the new Hyundai i30 wagon should have its debut in the following year, and we would not be surprised to see it for the first time officially at the Geneva Motor Show, although that is only four months away. To add to that possibility, going from the regular body style to estate does not demand big changes especially because the development of i30 took quite some time. 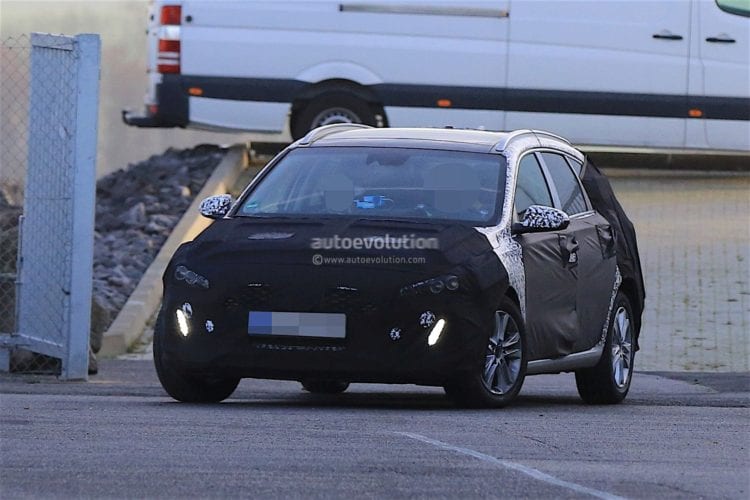 Hyundai decided to launch another Hyundai i30 version, and that will be a five-door liftback which will be manufactured later during the production of the standard model. Ever since the South Korean brand first informed us about the i30, the liftback version was planned to be delivered after the wagon is finished, which might take another year.

The liftback is a term for a car that is something like a sedan with an opening rear hatch, and the practicality is somewhere between the estate and hatchback. The head of the design department will be Peter Schreyer so we can expect for the vehicle to have a harmonious look.