After several months of speculation the company Skoda has officially announced the name of its upcoming SUV with seven seats, and it is Kodiaq.

Skoda leaders have chosen this name to highlight the size and power of its SUV that is modeled on Kodiaq bear who lives on the island near Alaska.

New SUV Czech car maker created will have a fierce competition, consisting of SEAT Ateca and the Volkswagen Tiguan. It will be greater than his brothers from the Volkswagen Group, with the length of 4.7 meters, while the Tiguan and Ateca will be 4.49 m and 4.36 m long respectively.

Ateca has five seats while the Skoda Kodiaq will offer the interior space for seven passengers, just like the Tiguan. SUV from Skoda will be the most spacious and will have the largest trunk of three. This isn`t surprising because we already accustomed to the more practical Skoda models compared to rivals from VW Group and we have another proof of that. 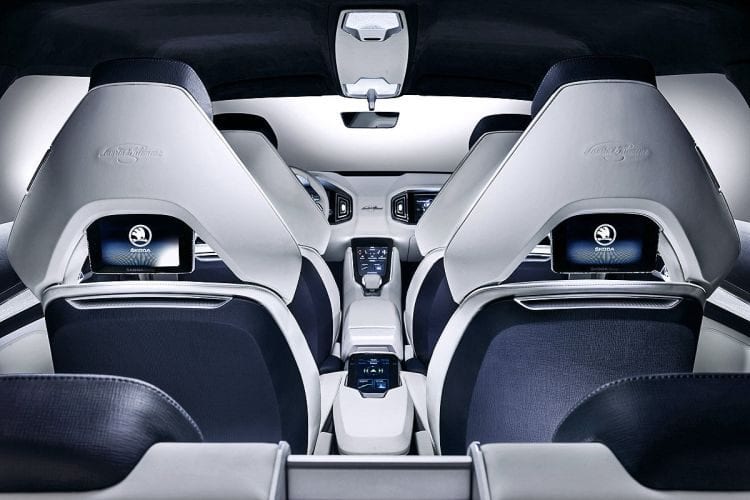 We don’t have details about the engines yet, but we can clearly assume that Kodiaq will run the same engines as the Tiguan and Ateca. The offer will be open with 1.0-liter three-cylinder turbocharged petrol engine with 113 hp, followed by the 1.4-liter four-cylinder turbo unit with 148 hp. More power will be coming from 1.8-liter and 2.0-liter TSI powerplants with 177 hp and about 200 hp respectively.

When it comes to diesel units, customers will be able to choose the 1.6-liter TDI with 113 hp or 2.0-liter TDI versions with 148 and 187 hp. More powerful diesel options are obviously reserved for models from VW, but we hope that this will change in the near future.

Front-wheel drive will be standard, and like option will be possible to get the drive to all four wheels. Depending on the engine, the new model Skoda Kodiaq will be selling with six-speed manual or seven-speed DSG transmission. Among the things that are quite strange to us is the engine choice for the entry level model. We know that the 1.0-liter turbocharged petrol engine is great, but it might be underpowered for a vehicle of this size. A similar situation is with the smaller diesel engine but has in mind that diesels do have a lot more torque. Skoda Kodiaq will be presented in October at the Frankfurt Motor Show and start to sale in early 2017. Price hasn’t been announced yet, and we will have to wait a little bit longer to get this info.