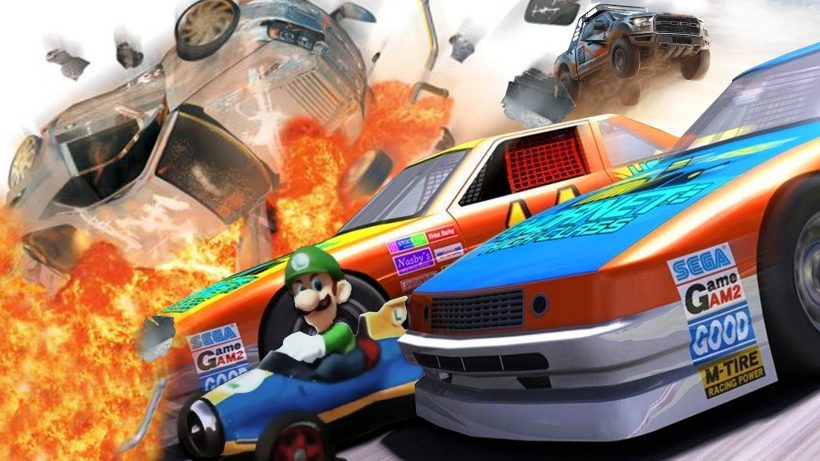 The gaming industry is arguably one of the most innovative and thrilling industries for entertainment, having various genres. One of its great genres is the racing genre. The genre has remained omnipresent all through since its debut. From one platform to another, console to another, and with PC and computer gaming, the genre has continued to develop and grow in its processing power immensely.

Racing games have made part of each games library for any system ever created. With the original and vital form of competition they offer, alongside the aim of coming from the start and finishing first, every gaming enthusiast can attest that racing games are one of the most fabulous creations of the gaming industry.

Here is some of the most outstanding racing game titles ever created and you can download it from Romspedia.com. 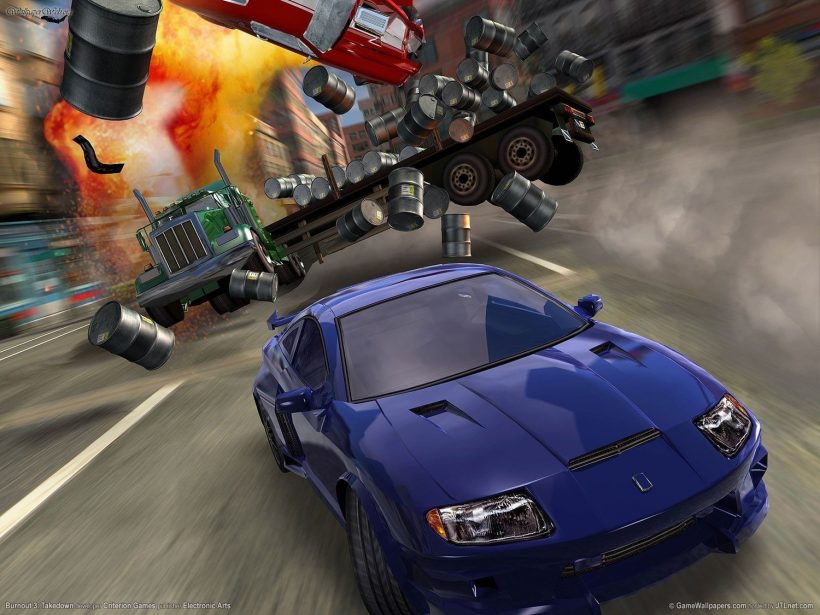 Burnout 3 is a legend in arcade game racers and was developed by Criterion Games and released in 2004. The game had the perfect combination of skill and willful damage. In addition, it featured powerfully executed graphics, an exciting soundtrack, and a clever design level. The predecessors of the Burnout series were exemplary in their own ways and rights, but this was the installment that won the imagination with incredible and addictive game modes. The straight-up racing enabled the gamer to get speed boosts anytime they destroyed an opponent’s car together with the “Cause as much damage as possible” Road Rage and Crash modes.

Developed by Pophony Digital and published for the PS4 in 2017, Gran Turismo Sport became the 13th game of the series. It had a wide selection of tracks and cars, racing series and featured a strong racing presence too. With over 300 vehicles and more than 30 tracks to choose from, this racing game is definitely an honorable mention. In addition, the game featured production and competition vehicles with new tracks that had not been incorporated for the previous Gran Turismo titles. 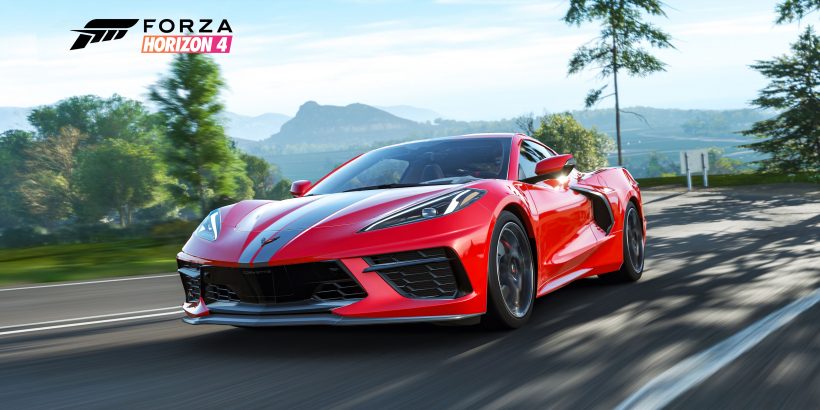 This title by Playground Games became a significant step up in the series. The different seasons and changing weather patterns affected the overall gaming experience to bring a sense of a lively world. The game enabled the player to choose various stunts, challenges, and missions, with the races unlocking an experience point termed “influence” for the driver to unlock dissimilar seasons. Forza Horizon 4 made part of the racing games PC sim featuring a GPS artificial intelligence voice. 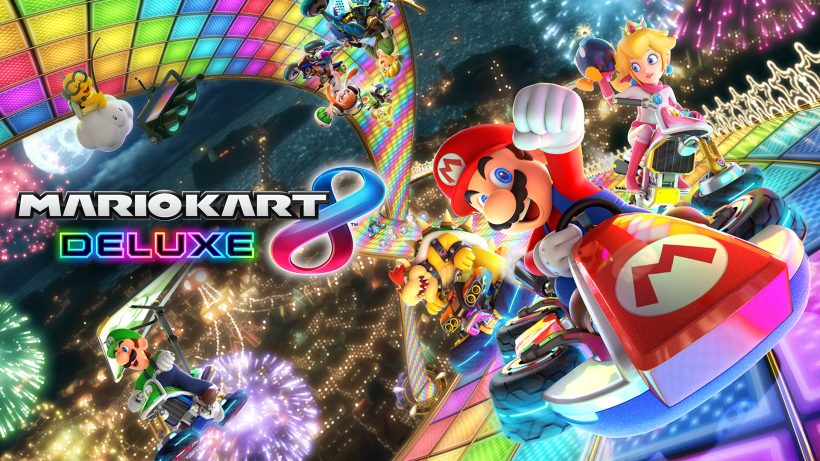 This famous Mario Kart series game was a creation and a development by Nintendowhich came along with additional features like several new characters and extra options for the battle mode. The game had excellently animated characters, imaginative old and new track collections, and multiplayer modes. In addition, the magnetic wheels allowed the gamer to glide along the twisted terrain and the walls making it a delightful racing game. Without a doubt, this game became the best racing game on the Nintendo Switch. 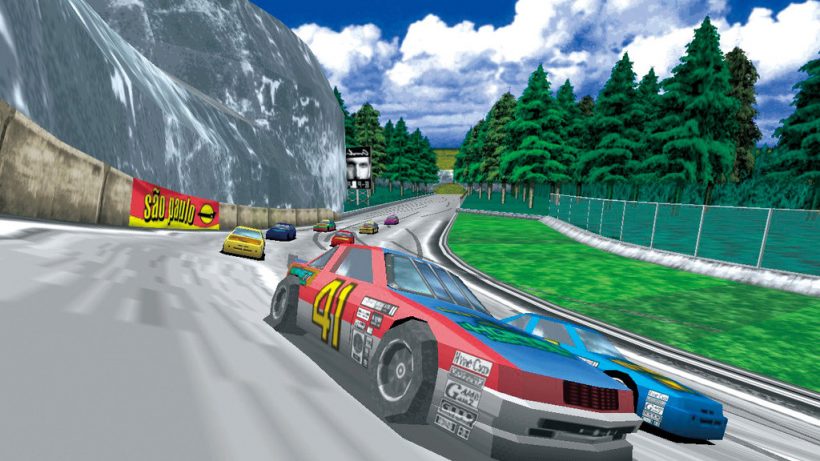 Since its release, the game has remained one of SEGA’s best arcade racing titles masterpieces with a fantastic gaming mechanical car handling depth. The game was highly acclaimed for its excellent graphics, realism, and awesome soundtrack. The gamer drove a stock car and had to outrun the opponent’s car, collect more time by passing the checkpoints, and still manage to finish the race before time ran out. In addition, players competed against the controlled cars that were course dependent.

The action-adventure racing game was the Driver series’ 5th installment. Developers placed the bulk of the game’s action in a dream-state where the main character, who falls into a coma, could possess any of the other road drivers with the instant shift ability. This made the game highly entertaining and goofy fictional. The soundtrack incorporateda rock, funk, and soul music mix, which made it perfect for the pursuit. The game also featured real-life and licensed car types, different game modes, an online multiplayer and a newly introduced split-screen.

This memorable title by Codemasters was the real deal in rally racing that offered an actual extent of play, realism, and detail. The performance was influenced by the dynamic weather and road conditions, with the degradation of the road surface being a key factor as well. The game featured vehicles that were built for six legendary variable locations and off-road racing and very realistic controls and game physics. A low starting position simulated all the grooves and churn that had been inflicted on the route by the previous runner. This made the control even harder.

The unforgettable Project Cars 2 was developed by Slightly Mad Studios and was a successor to Project Cars which featured many improvements, especially in the handling. The game focused on losing and regaining control for the controller and steering wheel with a variety of cars and track layouts to pick from, which were all in different world locations. Additionally, Project Cars 2 emphasized online multiplayer game play and intensely focused on eSport developing and made the player enjoy authentic racing emotion and thrill of motorsport racing.

Need for Speed Most Wanted 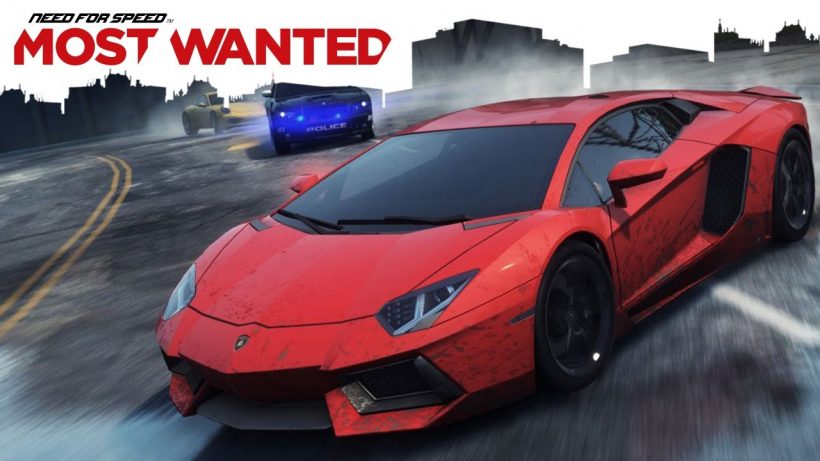 In this game by Criterion Games, the player had to use the open world to their utmost advantage, hit the jumps, look for hiding spots, and earn themselves new vehicles to remain ahead. Every car was availed to the player at the start, and finding it allowed one the right to drive it. The gameplay created the customization with mods changing with what you chose to do with the car. Making enough scores gave the right to compete with the ten most wanted racers. To earn the right to become the most wanted, you would have to outdrive your game’s friends, outsmart the rivals who would do anything to stop one from getting to the top, and outrun the cops.

Racing games have indeed come a long way. It is no doubt that for every gaming fanatic, the racing genre is highly praised. This is because they are so much fun with the thrill in the game, obviously being in the high-speed competition and the ability to finish first with new installments continuing to saturate the markets.

These games were developed with a variety of platforms in mind, from consoles to PCs. Though you may not find the old consoles to play some of these games, their ROMs are now downloadable and can be emulated. Many racing games have been created and developed, but the racing game titles listed above will never be forgotten in the gaming industry.