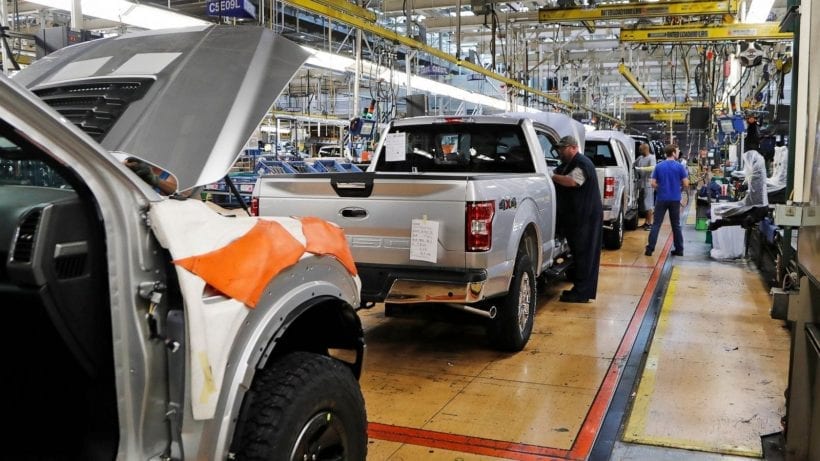 The automotive industry is a lucrative and highly competitive one, with dozens of companies vying for their slice of the proverbial pie. But there is only so much to go around, and while brands like Ford and Toyota walk away with the lion’s share, others, like Fiat and Alfa Romeo discussed here are left scrounging for scraps. Of course, this list only applies to the market in the USA, and takes into account a number of factors, including the average price of each label’s products, availability, consumer loyalty, and good old-fashioned national pride. 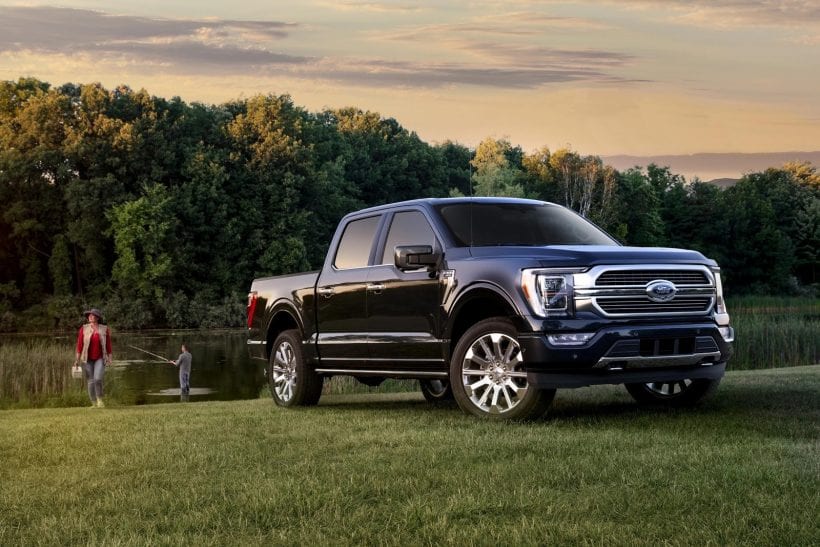 It hardly comes as a surprise to see that the most American of all car brands takes the top spot in sales for the last year, according to statista.com. With a hundred years of experience on the continent, Ford knows best what Americans want. And, based on its top seller, they want rugged, ultra-capable pickup trucks with loads of horsepower and torque. Fuel economy is a secondary, tertiary, or sometimes non-existent concern in this category. The F-Series pickup truck, in its various configurations, totally dominates sales, and Ram doesn’t trail that far behind with its own truck.

Looking abroad, the Japanese automaker stands beside Ford on the podium. It, too, knows how to appeal to what the US market loves, with several pickup trucks populating its lineup. However, its biggest seller appeals to the second great love of the States – sport utility vehicles. Thanks to their extra height, they are a pleasure to drive, inspiring confidence behind the wheel, and they are eminently practical, too. The top seller from the Toyota garage is the RAV4, which is now offered with multiple engine options, including a hybrid and a plug-in.

Taking the last spot among the triumvirate of market leaders is another US-based brand. Chevy is beloved for its reliable and affordable motors, with several claiming genuine muscle car status. However, it is not the Camaro or Impala nameplates that earn the company the most money. Chevrolet’s top seller, the Silverado, again shows that the first true love for most Americans is the pickup truck. Of course, while the starting MSRP of this truck is quite reasonable, it racks up the costs with its poor gas mileage. 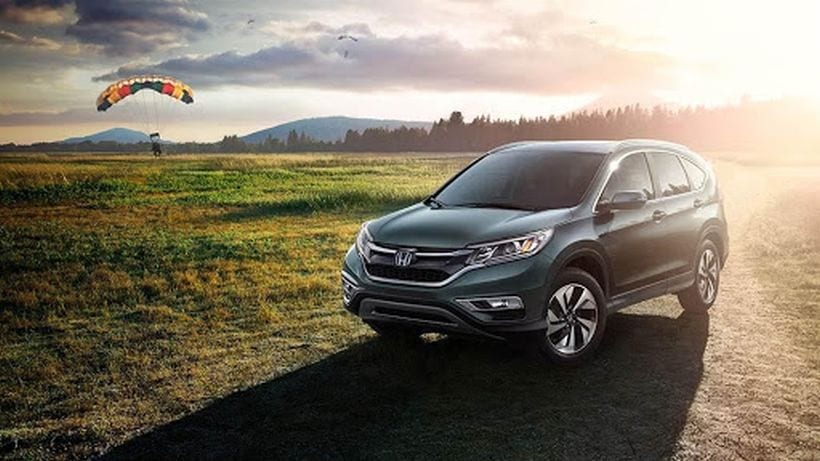 While some local brands manage to deliver good reliability at an affordable price, nobody does it better than the Japanese. Honda is known for its cheap commuters and family haulers, but it is also ranked as one of the safest brands in the world, with even base model options equipped with a pretty comprehensive Honda Sensing safety suite. Its top seller goes to show that you don’t have to super-size it to be successful in the States. The Honda CR-V is a very affordable subcompact crossover with absolutely phenomenal cargo capacity, and it gets great mpg figures, too.

Nabbing the last spot is perhaps the most rugged of American brands, which prides itself on being the king of off-roading. While Land Rovers may be more popular in Europe, you are far more likely to spot a Jeep tackling the side of a rocky hill in the great outdoors. While one model, the Grand Cherokee, does sell better than the rest, it is only by a very small margin. The standard Cherokee and Wrangler don’t trail far behind, and the Compass and Gladiator bring up the rear.

These little speedsters may be highly desirable in the crowded cities of metropolitan Europe, but we have a lot more space here and we want to fill it up with a whole lot more car. However, there is no denying that a Mini can be a lot of fun, and some shoppers are enraptured by the charm of its cartoonish design. Thus, the Mini Cooper still has a fair number of sales to its name. The Mini Countryman isn’t quite as successful, because if we’re going to get a crossover, we won’t settle for anything short of the real deal. And yes, that was a short joke. 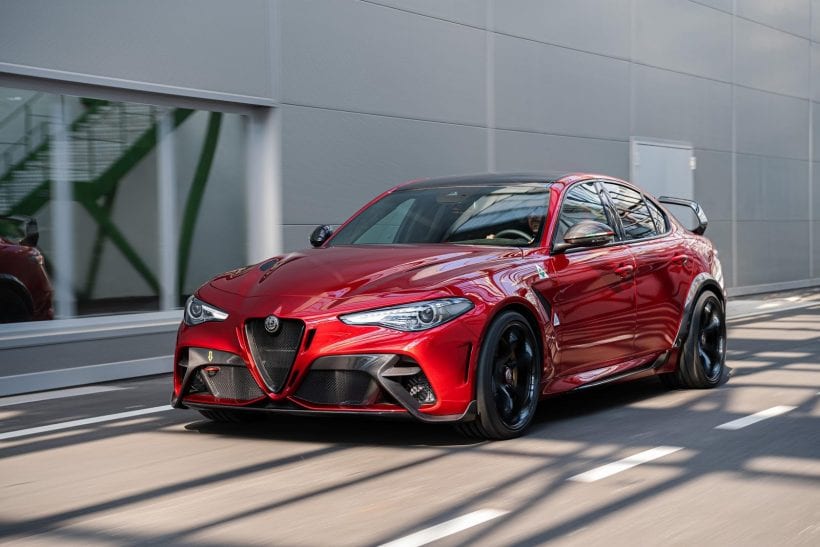 The Italian automaker has had quite a lot of success over the years, but most of this has been on the race track at the Grand Prix or Formula One circuits. However, it has tried its hand at the commercial market and has been met with relative success. The Stelvio can be seen here or there on the road, but it’s a pretty expensive SUV in comparison to what Toyota or Chevrolet has on offer. Calling itself a luxury brand, Alfa Romeo just doesn’t seem to have the expertise to deliver on that promise, with its interiors paling in comparison to what you’ll find in a BMW or Mercedes-Benz at the same price.

It is hard to believe that a well-known and prestigious brand could have such a poor presence in the local market, but that is exactly the position Jaguar finds itself in. In the olden days, you’d be the talk of the town if you drove one of these bad boys, but the brand hasn’t aged as well as many of its competitors. While many would applaud an artist for not allowing their work to be swayed by public sentiment, the same is not true of car manufacturers. The British marque has only recently relented and developed an SUV, and its current generation of sports cars look just like the one your grandfather owned. It doesn’t help that they are priced well above what most other luxury brands are asking for. 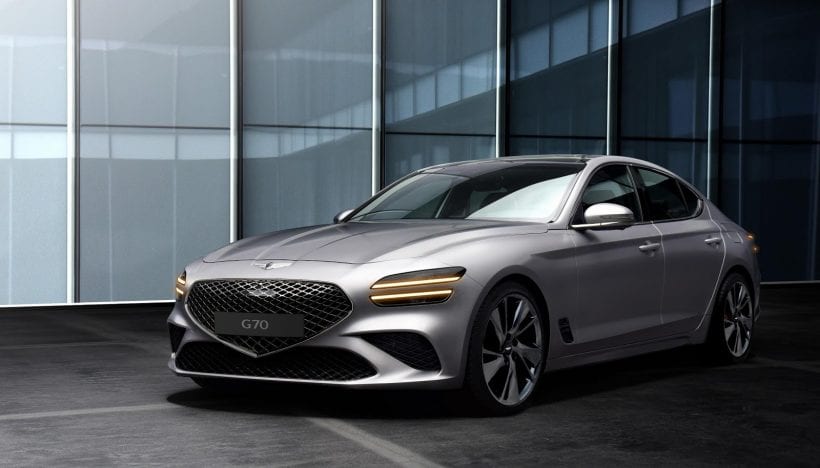 Unlike Jag, it’s a bit unclear why Genesis is so unpopular in the States. Perhaps it could be because the brand is so very new, having only been officially established in 2015, or maybe because they aren’t that easy to find. Although the marque is the luxury division of Hyundai, you won’t find its vehicles at just any dealership. It really is quite sad, since the latest Genesis models can easily keep up with luxury rivals in both comfort and performance. A few buyers in the know seem to have figured this out, since the G70 hasn’t had absolutely abysmal sales figures.

Yet another Italian, Fiat is owned by the same parent company as Alfa Romeo – Fiat Chrysler Automobiles. It is also the least popular brand in the USA, and it’s not hard to see why. The brand pretty much embodies everything Americans don’t want in their car. Every model is designed to fit in a parking space the size of a scooter, their engines are unexciting, and they lack the kind of practicality we have come to expect from our daily drivers. The only exceptions are the 500X crossover and 124 Spider sports car, but even they do not sell well enough to save the brand’s reputation.