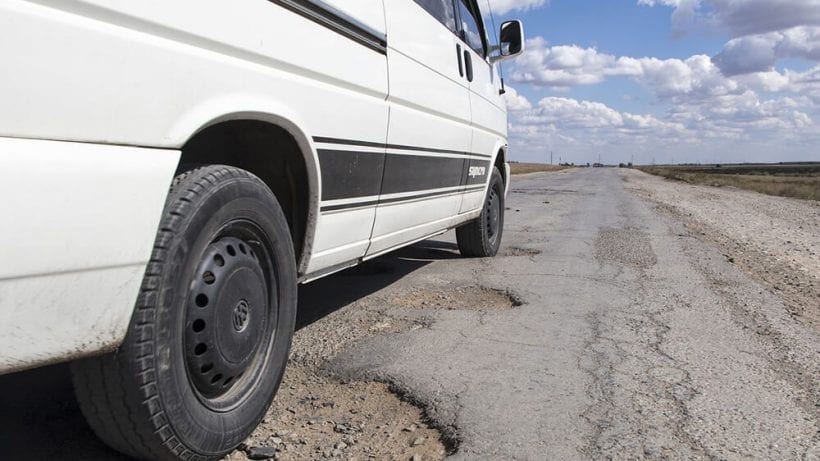 Auto accidents happen every day. While some are more serious than others, there’s a high chance that you will get in an accident eventually if you drive for many years. Hopefully, it will not be very serious, and you and none of your passengers will sustain an injury.

As many car accidents as there are, there are also equally many things that cause them. For instance, distracted driving causes many accidents. Drunk drivers are another huge problem.

However, today we’ll be talking about a different car accident cause: poor road conditions. Here are some ways that deteriorating road conditions can cause an accident. 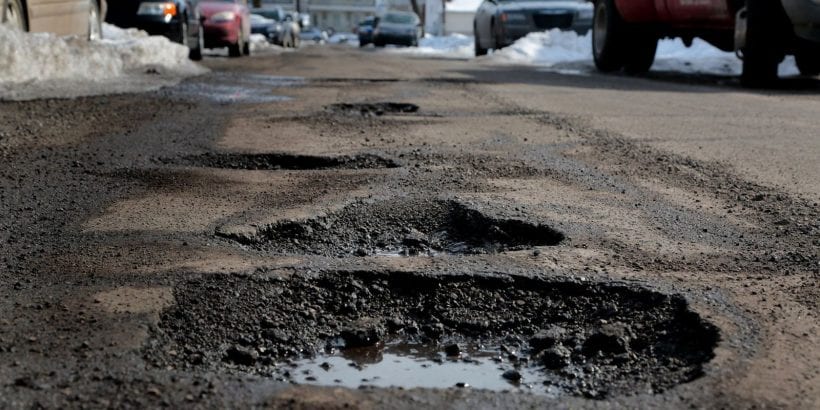 According to Attorney Brian White, “Despite efforts to keep Houston’s roads safe, accidents have only happened with more frequency in recent years.” That’s hardly unique to one city, though. Many major metropolises see declining road conditions that the city does not prioritize fixing.

Potholes would be the perfect example of that. Potholes:

If you don’t see a pothole and hit it, it can devastate your car. You can easily burst a tire. Then, you’ll most likely need to pull over to the side of the road and see if you have a spare that you could put on.

Not everyone knows how to change a tire, and you may need to call AAA or another service to do it for you. If you are on the highway when this happens, it’s dangerous to get out to try and change the tire or assess the damage yourself.

If the pothole bounces the car out of your lane for a moment, you might hit another vehicle, or they may hit you. 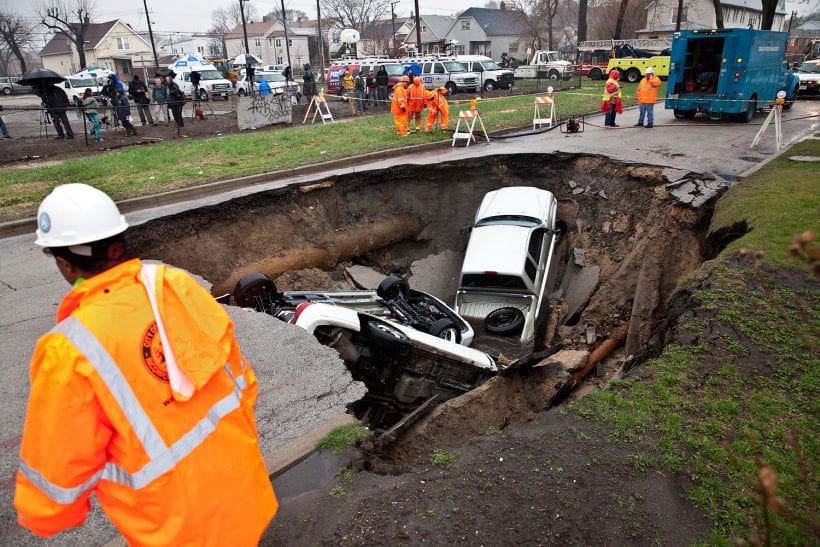 It’s often hard to predict when a sinkhole will appear because there might not be anything visibly wrong with the road’s surface. Conditions underground deteriorate, and you might only realize what’s happening when your car slides down into the crevasse that suddenly forms in front of you.

Some cities don’t fix potholes fast enough due to budgetary issues, but they should move quickly to fix sinkholes. They’re too big of a problem to ignore. Sometimes they’re large enough that multiple vehicles can slide into them, causing injuries and untold financial damage.

Deteriorating bridge infrastructures is another problem for some cities. If the economy does not thrive, the city rarely prioritizes fixing old bridges, even when they start to rust or sway ominously.

Bridge parts can cause accidents if they come loose. They can fall on cars, injuring the drivers, or causing those drivers to swerve into other lanes, hitting other vehicles in turn.

Sometimes the federal government puts together packages to try and repair roads and bridges on a national level, but that’s hardly a priority right now, with the pandemic and its widespread impact dominating the news cycle.

That’s bad news for cities with crumbling bridges that are close to collapse. 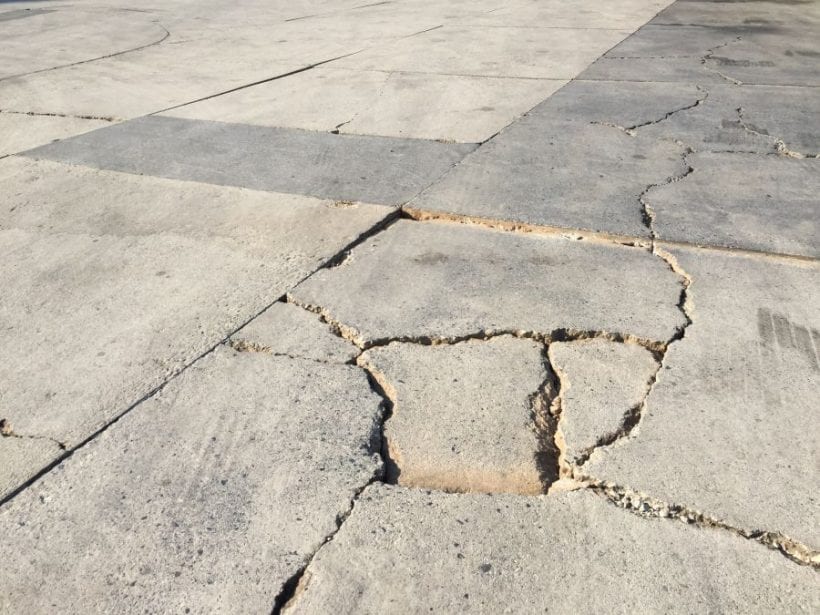 Like potholes, broken concrete occurs naturally as roads age. Some cracks start small, but then if no one repairs them, they grow until they’re a serious problem.

If your car hits a huge concrete crack, it can blow out one of your tires or cause you to swerve and hit a vehicle or a pedestrian passing on the sidewalk.

Like with potholes, you can call your city’s public works department and report when you see significant concrete cracks. The only issue is you have no way of knowing how quickly they’re going to repair the damage. 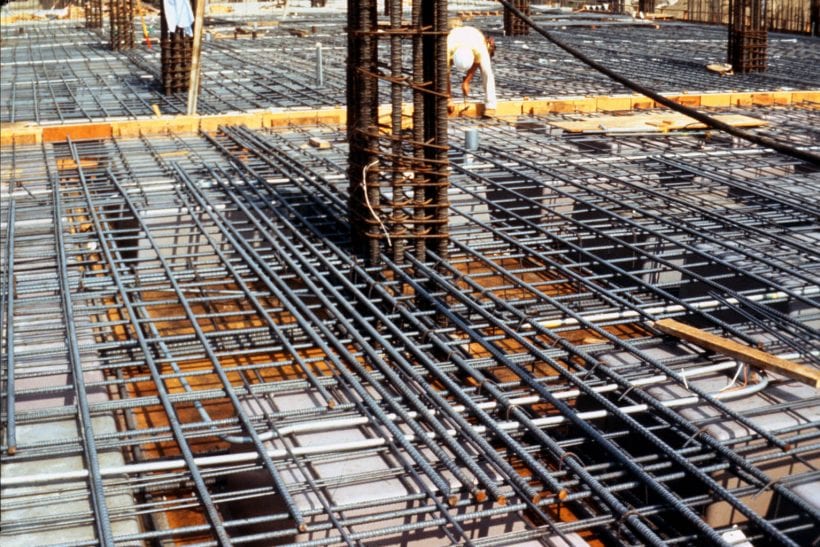 Rebar is reinforcing steel that construction workers use to strengthen masonry structures and concrete that’s under tension. Compressed concrete is strong, but its tensile strength is weak, so you need to add rebar to it.

You often see rebar embedded in the concrete that your car drives over when crossing a bridge. However, as that bridge gets older, the concrete can crack. That can make the rebar appear on the road’s surface.

When that happens, it’s hazardous for drivers. If you hit some rebar, it can damage your car’s underside or blow out one of your tires.

As you drive, you need to watch out for any of these potentially dangerous road conditions. Part of safe driving is keeping your eyes on the road and being ready for anything unexpected.