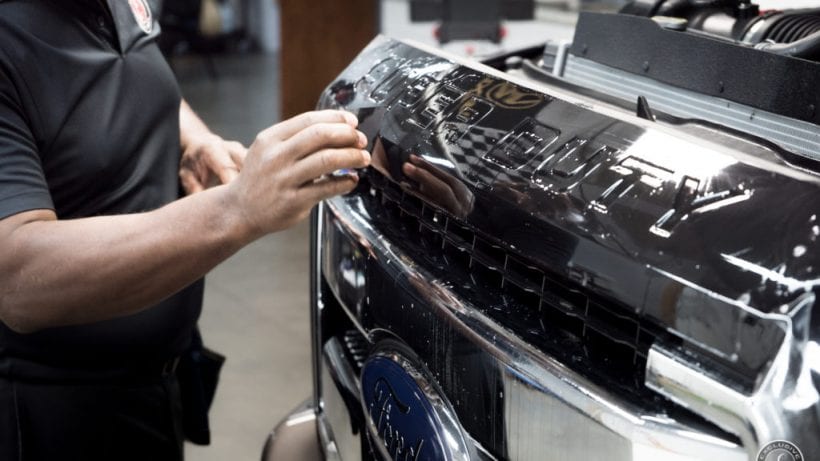 As vehicles age, they are often subject to many potentially problematic occurrences. One such issue is exterior decline. Issues such as peeling paint, the emergence of markings like scratches, and even the development of rust could pose any number of concerns, which might shorten the car’s overall lifespan and cause major headaches and financial distress for its owner.

Luckily, certain actions could preserve an older automobile’s exterior. One such undertaking is the application of a product known as paint protection film, commonly abbreviated as PPF. 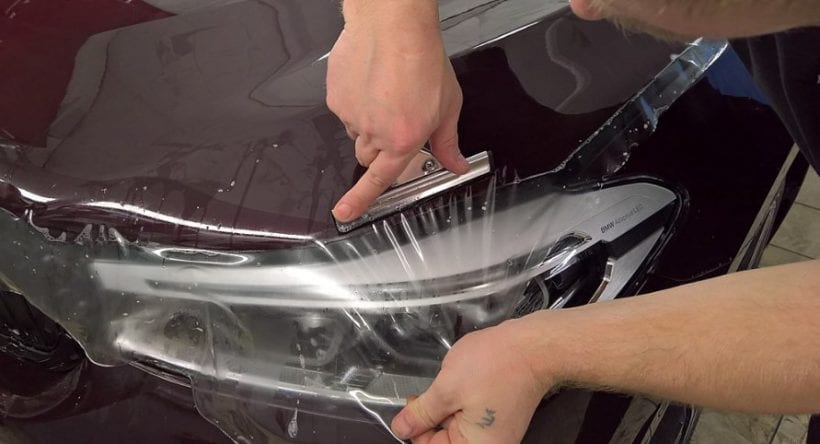 calgarypaintprotectionfilm.ca invites potential customers or those interested in preserving the life of an ageing vehicle read on to learn about the issues that impact a car’s façade, how such problems can impact said asset’s longevity, a brief discussion about PPF and the administration process, in addition to the ways said material can benefit older cars.

Cars are often exposed to harsh conditions on a regular basis. On a normal day, said transportation crafts typically travel at moderate to high speeds and are exposed to roadway debris like sand, dirt, and rocks. On their own, such elements can precipitate the deterioration of external materials like paint.

However, when one considers environmental factors, circumstances are far worse, and the decline could occur at a much greater rate of expediency. Vehicles are driven in conditions like rain, snow, ice, and wind storms.

Additionally, exteriors are exposed to temperature extremes like excessive heat during the summer and frigid readings in winter. Moreover, one cannot forget about environmental pollutants like allergens and the particles of potentially toxic chemicals often circulating in the air.

Issues Exterior Damage Can Result In

Exterior damage can have far-reaching negative consequences, particularly in ageing cars and lead to untoward occurrences like:

The most obvious issue external damage precipitates in older automobiles is a declining appearance. As with many assets, age naturally diminishes an object’s look. However, elemental exposure often accelerates this deterioration. Poor appearances render cars eyesores that often attract negative attention that embarrasses its owner.

Exterior damage can precipitate interior problems. Eventually, damage like scratches and rusting might enable harm-inducing elements like water, excessive air concentrations, and intense sunlight to penetrate inside. These issues may lead to upholstery deterioration. 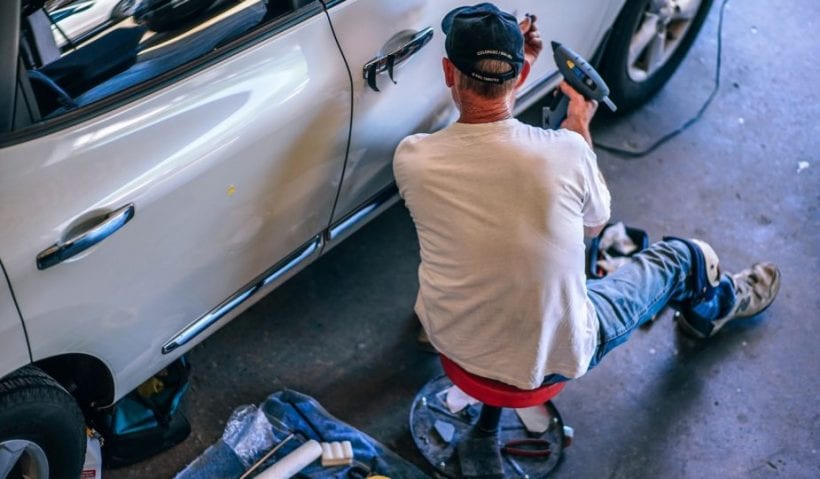 Accumulating water damage can quickly lead to the development of potentially serious health-impeding substances such as mildew and mould. Said materials often cause untoward upper respiratory symptoms and allergic reactions. However, in persons with appreciable respiratory or cardiovascular diseases, in addition to individuals with compromised immune systems, these lifeforms can prove far more detrimental.

Exterior damage can render old vehicles far less energy efficient. The continual penetration of excessive amounts of cold or warm air will often alter the interior temperature to levels necessitating the increased usage of regulating devices such as heaters and air conditioners.

Over-reliance on these on these apparatuses will result in added fuel consumption. This equates to increasingly frequent trips to the gas station and more money leaving the pocket of the car’s owner.

Ageing cars are often difficult to sell under the best of circumstances. Issues like mileage and mechanical concerns often put off potential suitors. However, an unsightly exterior is often a deal-breaker. Buyers typically do not wish to invest in a vehicle that looks ageing and tired.

PPF is an invisible plastic-like substance typically applied to a car’s painted surfaces. The material is most often placed to safeguard’s a vehicle’s existing paint job from incurring new or worsening damage. The product is often available in a wide array of thicknesses, designs, and colours.

Though PPF application can be performed as a do-it-yourself endeavour, it requires precision. Therefore, automotive industry professionals suggest said action be placed in the able hands of experienced professionals.

In order to ensure PPF can be appropriately applied and remains intact, several key steps must be followed and include:

Before PPF can be applied, the automobile in question must be properly prepared. Preparation begins with a thorough cleansing of all surfaces designated for administration. Such efforts will enhance the finished product’s appearance and ensure particles like dirt or dust do not immediately contaminate it.

The second preparatory stage is an undertaking known as paint protection. During this process, any flaws in the vehicle’s existing paint job are corrected or removed. Moreover, this endeavour fosters bonding between PPF and paint once the application process is complete.

Paint correction may need to be executed over two stages. In many instances, older cars will need further polishing and touching up to remove stubborn scratches and other anomalies.

Re-washing is crucial following the paint correction process. The preceding stage involves the administration of oily polishing substances that could hinder the appearance of PPF. Ergo, it is essential to remove all such material before actual application commences.

The first phase of the application is cutting. Film must be cut precisely to match the automobile in question’s contours. Once the film is cut, installers carefully place the said product onto designated areas. After placing, installers trim and tuck administered film to filter out any rough or uneven edges.

Before turning the vehicle back over to its rightful owner, professional installers will conduct a final inspection. Such an investigation is conducted to ensure the film is completely dry and has not shifted.

A properly-installed PPF job will give an ageing car a new, sleek, and shiny appearance.

Adding this invisible protective shield increases insulation, which might prevent excess air from penetrating inside. Ergo, the internal temperature will be more comfortable, reduce the motorist’s reliance on the heating and air conditioning units, and possibly save them sums of cash.

Scientific studies have shown that PPF might safeguard against the sun’s ultraviolet, often abbreviated as UV waves. Chronic exposure to this immense power source could increase one’s risk of developing various forms of skin cancer. 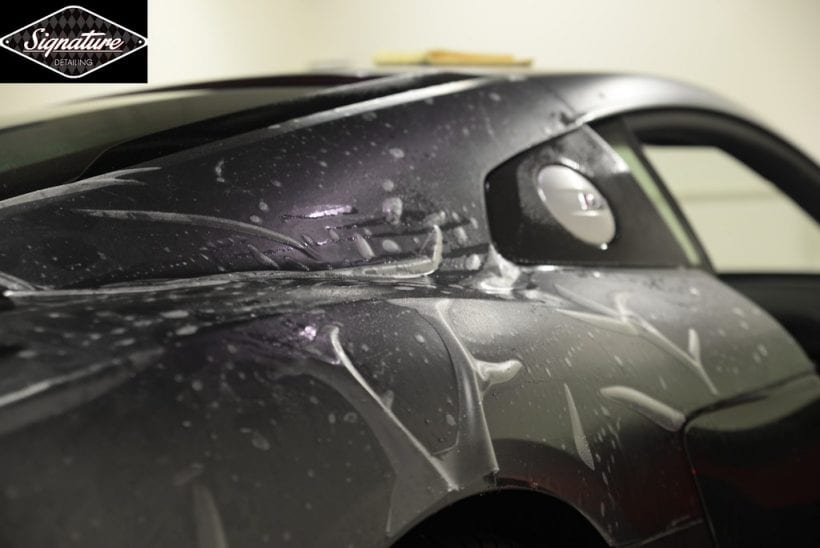