In 1937 Saab Group was formed as aerospace and defense company. In 1945 a subsidiary company was established as Saab Automobile AB, and the first car named 92 entered the market in 1949. By the time Saab cars positioned themselves as premium products along countryman Volvo, we had more than a few competitors from all over the continent. Mostly rivaling German premium brands pictured in Mercedes, BMW, and Audi, while also confronting Italian offer consisting of Alfa Romeo and Lancia plus Britains had Jaguar for the game, without a doubt this was a busy segment. Volvo is more than fine these days, but Saab story developed in a different direction.

In 2000 GM became sole owner of the company, and let’s just briefly state that the management of Swedish brand was not set in the best manner. In 2010 GM sold cash losing brand to Spyker, and Dutch brand never managed to bring it up to the feet. Spyker tried to find the way out by selling part of the Saab to Chinese companies, which was eventually blocked by GM. To be more precise, Saab hasn’t died under GM reign, but the role of the American corporation in its fall was clear and same US brand became well known for the destruction of many own brands, try to remember Oldsmobile, Saturn, Pontiac and Hummer for example. 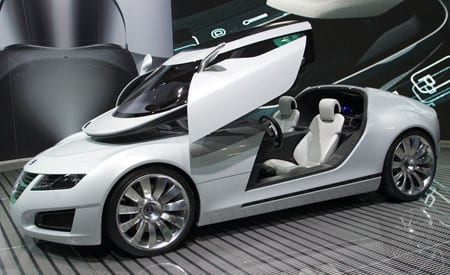 To shorten the story, Saab was eventually sold to Chinese consortium NEVS, but in the meantime, it lost rights to use its name. So, Saab is definitely dead, while NEVS will follow through. Now let’s honor Swedish maker by looking at some bright points in its history.

On of the glorious points would be Saab Aero X Concept, two-seater sports car. It debuted in 2006 as a glimpse of the future Saab models. With beautiful clean and elegant Scandinavian design, it was purely stunning. It had much larger and bolder grille, LED lights, while rear ones were completely white, doors were frameless, there were no A and B pillars, and you had a cockpit-shaped cabin, which opened as a whole, same as with jet fighters. 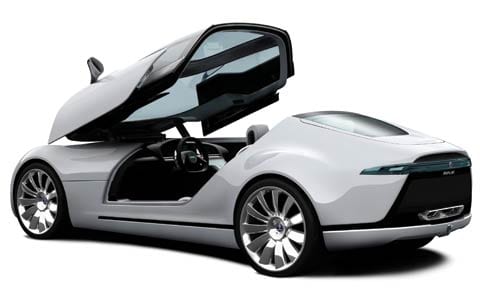 The company models always had problems with grossly outdated interiors, while concept debuted new styling language characterized by bespoke elegance. Fully digitalised, total lack of buttons and perfect flow of lines which were never interrupted. The concept was also decently powered by twin-turbo V6 engine delivering 400 hp and using only ethanol, significantly lowering emissions. Add to that carbon fiber chassis, and AWD and this model could accelerate to 60 mph in just 4.9 seconds and push until 155 mph.

Mention concept made a great influence on future Saab models. First, upon the redesign of the 9-3 model in 2008, we saw much bigger and more expressive grille, while rear lights were whitened entirely, but sadly interior hasn’t made almost any progress. Then things went further in 2010 when the new generation of 9-5 model debuted. We again had the bigger grille and whitened rear lights, but now we also had a horizontal line connecting tail lights, blacked out A and B pillars, creating a visual illusion of frameless cockpit and finally decent cabin totally influenced by the concept in shape. It was clear now that Saab can enter some modern times with design of the interior, but it was late already since during the next year brand filed for bankruptcy. 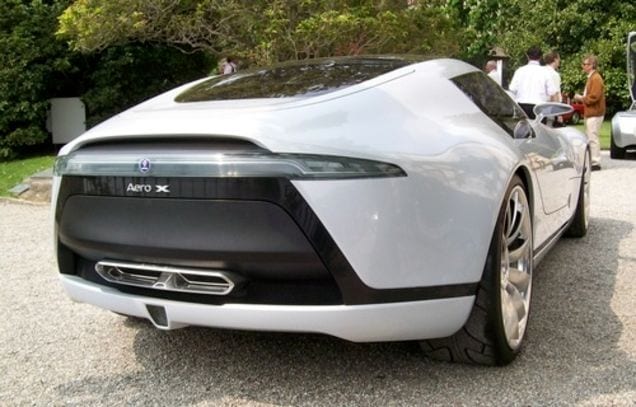 Actually, it doesn’t have future, as we explained, the name is dead. But NEVS acquired all its engineering, and it intends to continue to sell the 9-3 vehicle in an electric form to Chinese market starting with this year, under the new name. It also plans three new SUV models, and one fastback shaped sedan and while nobody ever mentioned two-seater sports car and we will never see Griffin badge again, we know that Saab Aero X Concept is going to continue its life through future NEVS models, as it set beauty standards that are still to be exploited.