2017 Toyota Prius Prime VS 2017 Chevrolet Volt – it’s very hard to say which car is better, but here’s the short review. Toyota changed the world in 1997 with the introduction of first Prius. It was first mass-produced gasoline-electric hybrid car, and it propelled Japanese company name to stardom. Toyota’s name became the synonym for hybrids, and as the whole developed world went green in their mind, everybody famous has to own one. So the Prius became the benchmark for hybrids, and while it was alone for some time, competition became to the segment.

Don’t worry, Japanese weren’t sleeping in the mean time, as each generation brought something better and offer became richer, so feel free to choose today between regular Prius, Prius V, Prius C and Prius Prime. Toyota took it even further with Mirai and hydrogen idea, while others still struggle to offer a worthy rival to the Prius which is in the fourth generation. Chevrolet made a decent effort and introduced in 2010 Chevrolet Volt as an electric car, and after sale success, we had the honor to greet the second generation in 2015.

While new Chevy Bolt is going to continue all electric legacy, for the matter in question lets focus now on 2017 Chevrolet Volt and what it packs against legend 2017 Toyota Prius Prime both as plug-in hybrids. 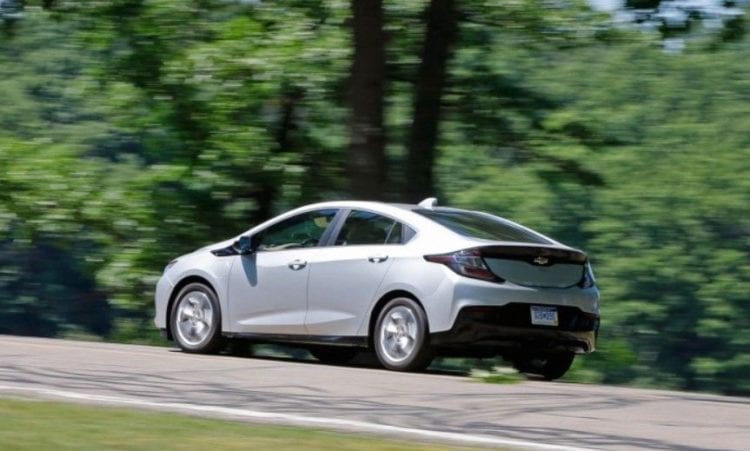 The two cannot be more different here. Prius is designed distinctively as we are used to if we omit from our minds existence of the first generation. Styling cues are resembling ones from Mirai, which is obvious and we think that it looks better than regular Prius. Awkward shape, floating roof, aggressive front, rear lights similar to McLaren’s P1 (we are not crazy!), are all making clear that you are driving something unique and that you want the world to know about that. Chevy is a different story.

There is nothing awkward in its shape, it looks just as another interestingly designed family hatchback. It represents something much more common than the previous generation and if it weren’t for unusual grill nothing would point to special things under the hood.

Same with the interior. Prime is a just evolution of the alien design of ancestors, and those that want something different are maybe looking for changes. On the plus side, cabin materials are much nicer than before, and it doesn’t leave a sense anymore that you are sitting in a cheap toy car. In short, design is unique, same as for outside and points to its distinctiveness.

And again we have the same story for Volt, as it is normal on the inside as on the outside, and much more appealing and rational choice to the regular buyer. Prius is four-seater, while Volt can seat five, though just on shorter trips.

Unique is located under the hood for both of them, or to be precise at the rear end. The Prius powertrain combines 1.8 VVTI petrol engine pumping out 98 hp and an electric motor that get power from 8.8-kilowatt-hour battery pack that sits under the rear seat and load bay. Total power output of this system is 121 horsepower, enough for 10.6 seconds of acceleration to 60 mph while the all-electric range is up to 25 miles.

It is clear that Volt is much quicker with 149 horsepower, and with a better range of 53 miles, due to its much bigger 18.4-kwh battery. When it comes to cost efficiency, Prius offers combined 54 mpg against Volt’s 42 mpg.

If you are in the US count on Volt’s Federal income-tax credit of $7,500, against $4,500 for the Prime making price difference less shocking. Which one to choose is based highly on personal preferences. Prime is atypical inside out, and it has heritage, Volt is ordinary inside out, but it has a more powerful powertrain.