The all-new Titan xD has been launched not too long ago, and it managed to stir up quite a bit the medium to full-size truck market thanks to its standard diesel engine and all American build process. Well, it now seems that Nissan wants to improve it even more because the Nissan Titan Warrior Concept truck might be something more than just a concept. Not too long ago rumors started to surface about them making a production version of this high-performance truck and so far Nissan did not dismiss these rumors.

Even though this truck wouldn’t be a huge problem for Ford’s Raptor because it will be marketed as a full-size all-terrain vehicle, it might pose a problem for Ram and even for GM. This is because both of these companies have the aftermarket or dealer-installed parts that can transform one of their models into a higher performance truck. 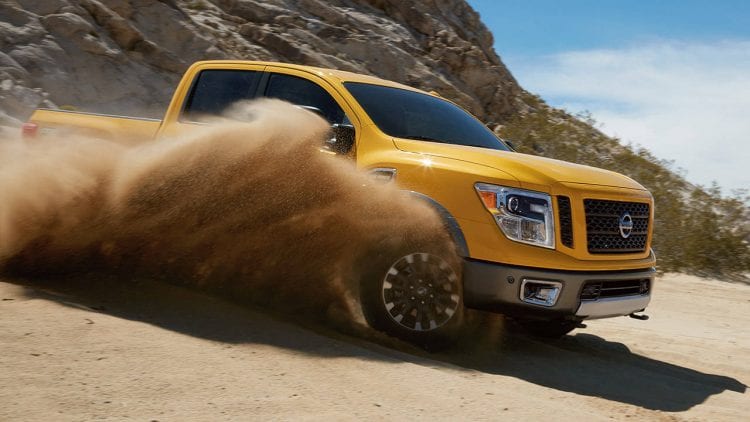 The price of the Warrior hasn’t been announced, and the release date is unknown, but it seems it might become available for sale sometime in 2018. When it comes to the price, we can only guess that it would be roughly about $55,000, quite a bit more than the Raptor but then again, it would belong to a completely different league. 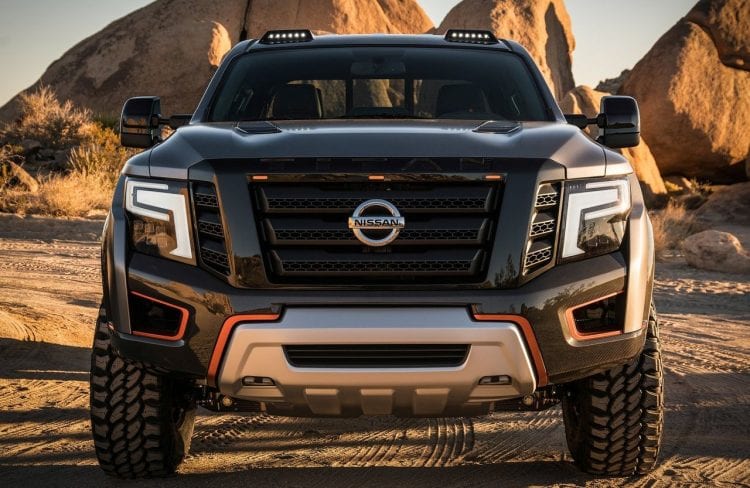 The concept is using the same 5.0-liter Cummins V8 as the production model, and rumors say that the Warrior would still use this engine. With a few tweaks made to it, we think it could push closer to 380 horsepower and 600 lb-ft of torque, more than enough for any truck of this size. The engine would then drive all four wheels via a six-speed heavy-duty automatic transmission.

Probably the most interesting fact about the new truck will not be its engine but rather the all new running gear. According to rumors, it is expected to feature shocks with external reservoirs, double coils at each end, larger brakes than usual, 17-inch rims wrapped in all terrain 33-inch tires as standard as well as three lockable differentials, all you would ever need to go past pretty much any terrain. If Nissan Titan Warrior comes packed with all these features, it will certainly be one of the best options for those that are looking for a capable off-road truck.

In order to complete the package, the design of the Nissan Titan Warrior Concept is very likely going to be used on the production model as well. Expect wider fenders in the front and at the back, the all-new alloy wheels which are quite unique for a high performance truck, unique color schemes as well as a lot of equipment which will be available as standard or as optional extras such as a winch, flood lights, mud tires and even a roll bar in the bed.