Answering to a tweeter’s question about whether the upcoming Tesla car will be geared up with Falcon wing doors, Elon Musk, the CEO of Tesla answered: “There will be a Model 3 and a Model Y. One of the two will”. The tweet was deleted almost immediately. However, he wasn’t fast enough because it was screenshotted and picked up by the broader media. This indicates that Musk misspoke or revealed something that he shouldn’t have.

The whole situation is interesting. It is possible that the hint was on purpose to gain a worldwide interest in a future model. If something is secretive and mysterious, people tend to be more curious about it, so this can be a considerable marketing method. On the other hand, the deleting was more likely an attempt to reduce any possibilities for the so-called Osborne effect. This term stands for the case, when a company pre-announces a product in the wrong time, ending up in having bad sales and unsuccessful income of the commodity.

All in all, it is pretty weird that even a so well-structured company can make some mistakes with a hasty decision. Not to mention that this wasn’t the only tweet Musk changed his mind about. Before the Falcon wing doors, there was a question about the Model X’s 70d offer and ETA(Estimated Time of Arrival). As a response, Musk wrote “something like a 70, but probably around 12 months from now”, and later deleted it. 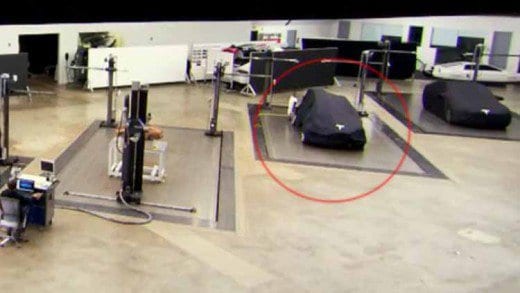 To summarize, we can all agree on the fact that there is a secretive phenomenon around the company, however, the fact that the CEO occasionally responds personally to questions is very positive. Judging by the down-to-earth nature of the whole brand and the humorous features that can be found in some projects like the “Ludicrous” and the “Bioweapon Defense Mode“, shows that there is nothing to be worried about, not even these “mysterious tweets.”

We already talked about Rumor of Model Y!