Japanese manufacturer announced the premiere of the concept SUV/crossover called Mitsubishi Ground Tourer Concept for the 2016 Paris Motor Show. Development of this concept will be a kind of continuation of the story of XR-PHEV II and eX models and as a further step in the development of Dynamic Shield design philosophy.

Not much is currently known about the Mitsubishi Ground Tourer Concept, but we do know that it will be powered by plug-in hybrid powertrain (PHEV), which consists of a gasoline engine and an electric motor supplied by the battery. Furthermore, it is believed that it is a model with an all-wheel drive system.

“The combination of advanced driving technologies packaged using the latest Japanese design trends and quality will propel the Ground Tourer Concept for effortless cruising in all driving conditions on and off road; all while accommodating passengers in a quiet, comfortable and luxuriously crafted interior.”

“The Mitsubishi Ground Tourer Concept is a continuance of MMC’s design philosophy and showcases the commitment to its role in the SUV/CUV segment.”

Currently, there isn’t information concerning the production version of this car, but most probably this concept will influence the next generation of Outlander. This is far more possible than just to see a production vehicle closely based on the concept.

Below you can see a teaser photo of the Mitsubishi Ground Tourer Concept SUV. 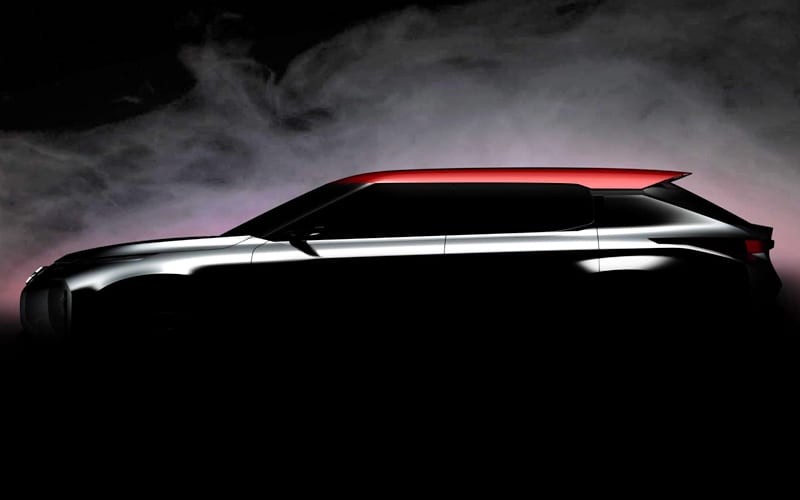