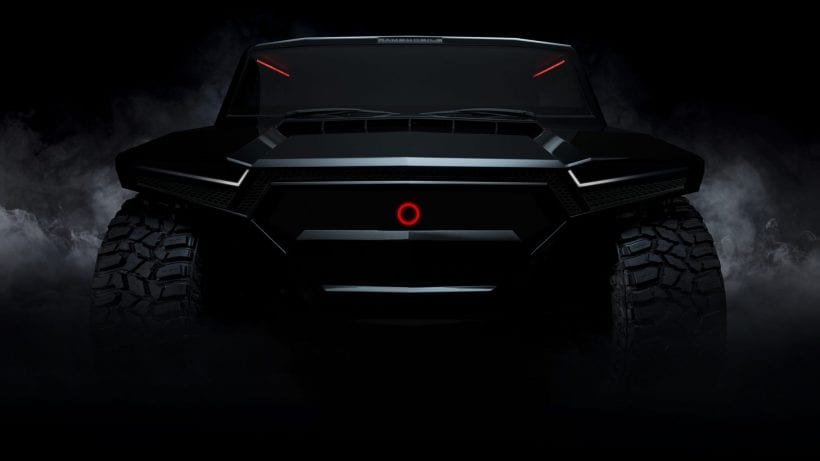 Are you ready to see something totally insane and unique, and as such, the perfect real life alternative to the famous Batmobile? Meet the Ramsmobile RM-X2, a car that does it all. It is bulletproof and it can float, while also being able to use tank tracks. Oh yeah, bulletproof armor is also an option, as is an electronic hookah. We surely got your attention! Read on to learn more about this astonishing vehicle.

“What do you visualize when you think of the devil?” 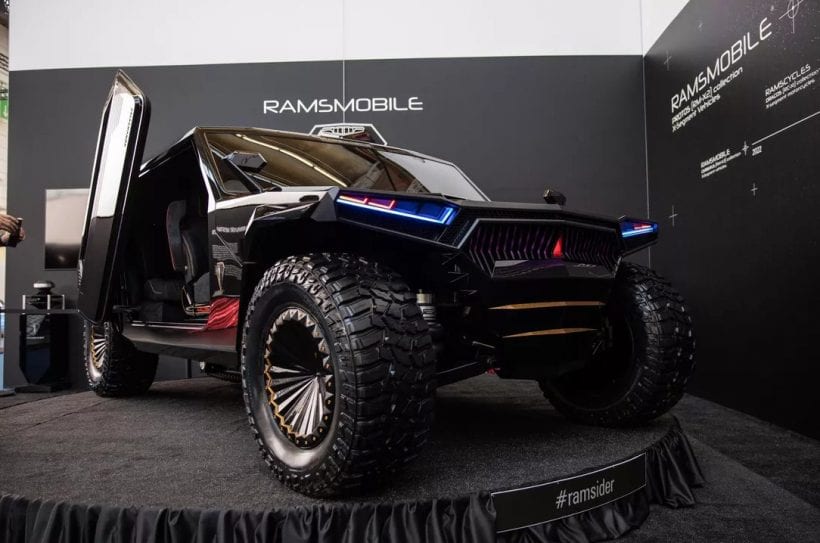 This is what the website of the manufacturer reads, and since nobody is sure what this vehicle by a Belarusian company is supposed to be, it might be a great introductory statement. This beast saw the light of day at the Frankfurt Motor Show this month. The SUV promises many things, but will it deliver? 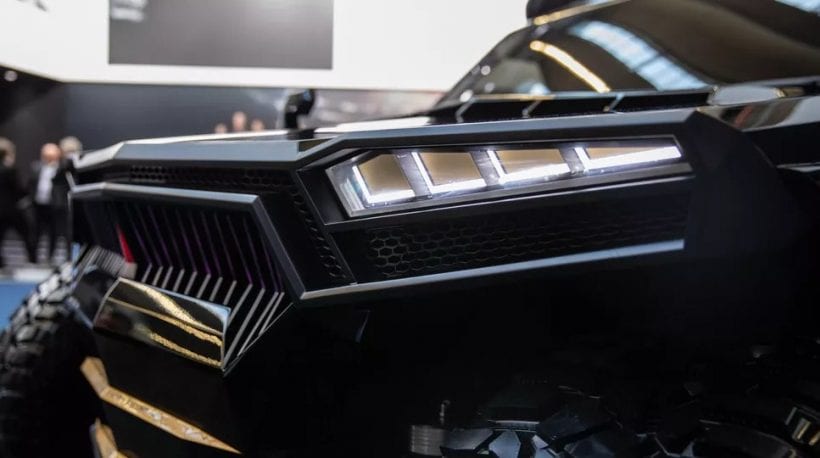 The company promises four different versions on their creation. One of them is the Ascetic trim, and they have to say the following about it: “Performance and style are dedicated to the most extreme type of human nature, directed to survive in this world by solitude, refusing the unneeded comforts, instead sacrificing that for larger discoveries and self-realization.” We expect this to be the basic model. Because of the carbon fiber body, the Ascetic RM-X2 will only weigh 3,300 pounds, which is amazing

The Devil’s Touch trim is the next in line: “Luxury and darkness! Technology and mysticism! The content excites the imagination, which is complemented by functionality: a continuous track, wheels up to 20-24 inches, gold trim.” The continuous track refers to the one tanks use, which will measure at 15 inches wide. If you want the super-wide model, they are 24 inches.

The third model of the new Ramsmobile SUV is God’s Creation. They have not revealed anything about it yet, as it is planned for next year. The fourth and final, as well as the best overall is the Ramsider, which will sport “the greatest of abilities,” as the company says. All of these will be assembled in New Mexico, despite their HQ being situated in Belarus. 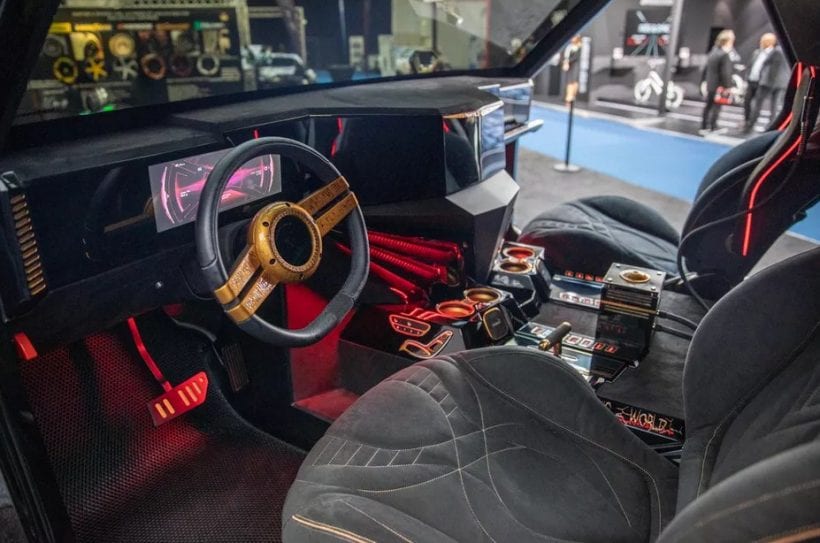 As of right now, there are two available powertrain options. One of the will produce an unreal amount of 999 (upside down 666, get it?) horsepower, but it is not familiar which. One of the engines will be a General Motors 6.2-liter LT5 V8 gas engine, the same one from the C7 Corvette ZR1. The second is the 6.6-liter Duramax diesel V8, probably from the GM heavy-duty trucks. The brand also listed “EV motor and batteries” on specification sheet for their new model, meaning plug-in hybrid systems might also come in the future. Translated to performance, expect to achieve the 0 to 100 km/h run in 3.3 seconds.

In addition, since the RM-X2 will be able to float, they are also working on how to properly turn the exhaust system into a jet propulsion system. The underside is coated in Teflon, meaning mud will not stick to it. The size of wheels are planned to range from 20 to 24 inches, while the tires will be either 32 or 40 inches, both made for all terrain. Road clearance is 27.5 inches.

When it comes to the armor plating mentioned earlier, B6 or B7 levels of bulletproof protection will be your options. Furthermore, they say the “high rigidity of the body will not allow it to be destroyed in the event of strong blows and coup attempts”, while “the system supports purified air breathing from the installed bio-warfare station.” Basically, you will be heavily protected thanks to the Kevlar and titanium body.

This is not all, as there is also the smoker’s package with electronic hookahs that “allow you to control not only the smoking power, but also to cool the smoke to the desired temperature, and save smoking parameters in your personal [infotainment] account.” They really thought of everything.

If you want to add this bad boy to your collection, be ready to set aside a cool $999,999 for the base model (double 666 for even more evil). There will also be a special edition version, with a price tag of $3 million, which will probably be the 2022 Cerberus model already listed on their website. They described it rather simply: “The guardian of souls is coming.”

The Ramsider trim will also launch a line of health and wellness equipment by the year 2021, and by 2030, the brand wants to go to space. They will use the Ramspace Interplanetary Shuttle RS-X1 for this. As you can see, there is no lack of ambition among them Elon Musk, watch out!