Crossover expansion is evident and it is hurting many traditional segments. But on the other hand, each crossover is heavier, less nimble, more fuel consuming and pricier than traditional sedan model on which it is based. So, for decades, the compact segment was the most rational way you can go if you are are looking for family transportation, let’s say entry level thing to family way of life. Which one to choose then? We pick two, which are a presentation of totally different worlds, so almost everyone can find itself on some side.

When we observe Mazda 3 VS Honda Civic Hatchback in terms of their market position, things are evidently leaning in Honda’s favor. Civic is currently in the tenth generation, it dates back all the way to 70’s, and from eight generation it became a trendy and posh thing to own, due to the peculiar styling of hatchback version. 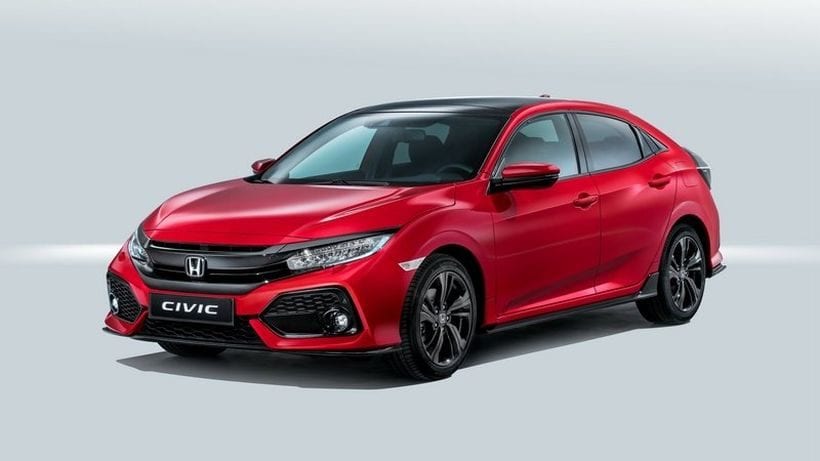 In the US it is an absolute best seller, manage even to outsell Corolla last year. On the opposite side, Mazda is currently only in the third generation, and sales are not that special, neither in Europe and neither in the US. It hasn’t chosen expressive styling language to attract attention as Civic did, it decided to creep slowly but eminently toward the premium side of the automotive world.

These two things couldn’t be more different styling wise. Civic is futuristic, totally berserk looking hatch that could easily mesmerize you to stare at it for hours trying to understand “what is where” and “where is what.” It is an extremely high-tech in appearance, something that could come out if you try to convert techno music to a car and definitely alluring for young buyers craving for attention. 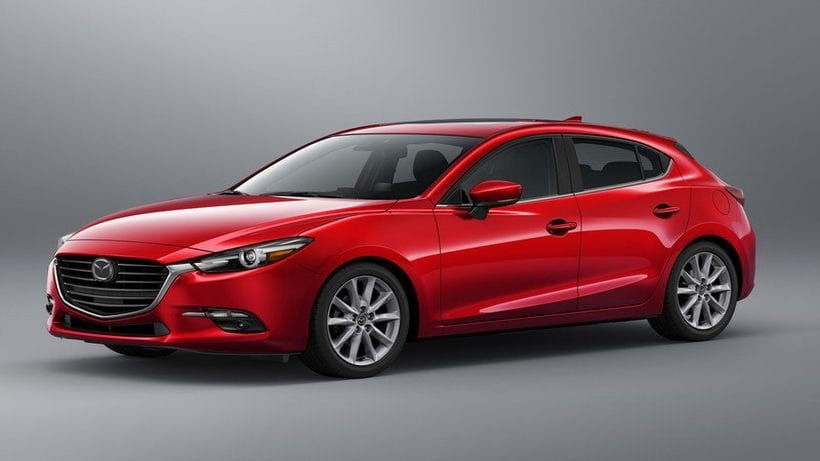 Mazda is all the opposite. It is restrained, elegant and full of passionate curves. It attracts the attention of more mature and sophisticated audience. Anyway, premium includes refined by definition, and it is hard to go refined with stylistic excessiveness.

Same applies to cabins of those two. Civic is more complex visually, with lines making turns, things bulging and overlapping each other. It is actually maybe more tamed than before, but definitely still a pretty interesting thing to observe. Mazda 3 is as plain as it can get for the eyes of the observer. 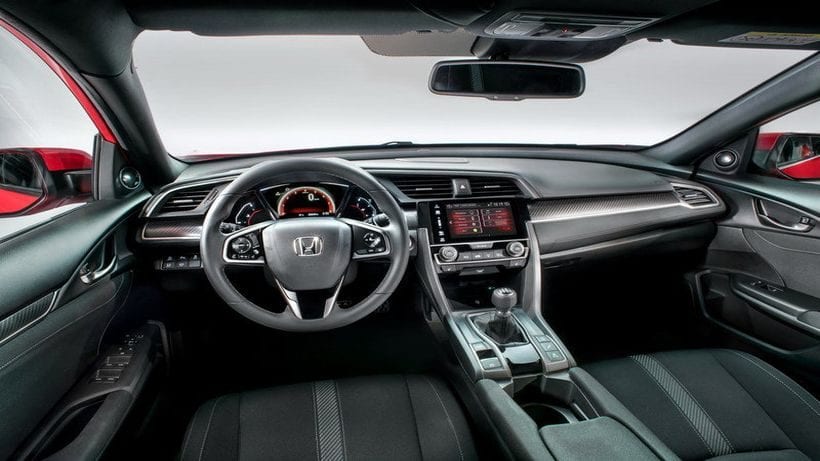 But it has different trick upon its sleeves. Build quality and used materials are an evident leap toward a premium side of the segment, and when you stop looking at pictures and actually sit inside, it can easily swoop you on its side. 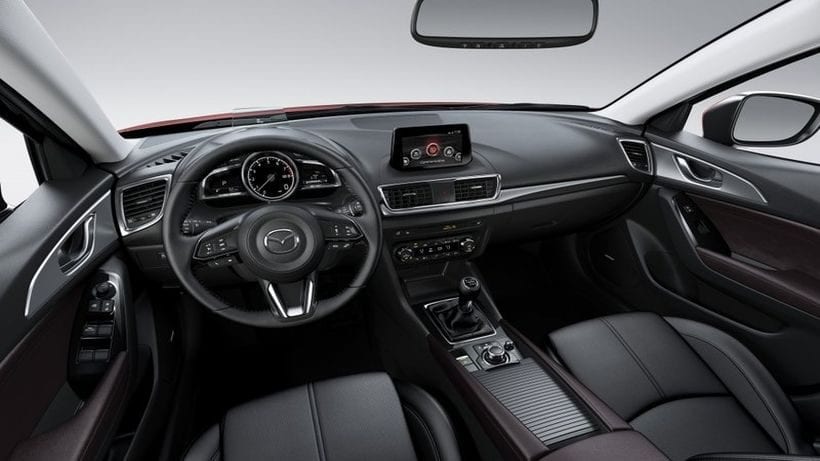 Both comes with plenty of gadgets to keep modern buyers happy, so count on Bluetooth connectivity, Apple CarPlay, Android Auto, Pandora, and 7-inch screens, though Civic start with two inches less, while you have to go for upper trims to get a decent size. Since by unwritten rules premium products are always smaller, Civic has more cabin’s space and bigger boot by 5 cubic feet.

Things are very similar here in terms of power figures, but not in the way of achieving it. Civic is equipped with 1.5-liter turbocharged I4 delivering 174 hp and 162 lb-ft of torque, while in Sport version it delivers 180 hp, but we are not sure if that kind of power bump is even worth mentioning. You can choose 6-speed manual or CVT automatic, while higher trims are offered only with later. 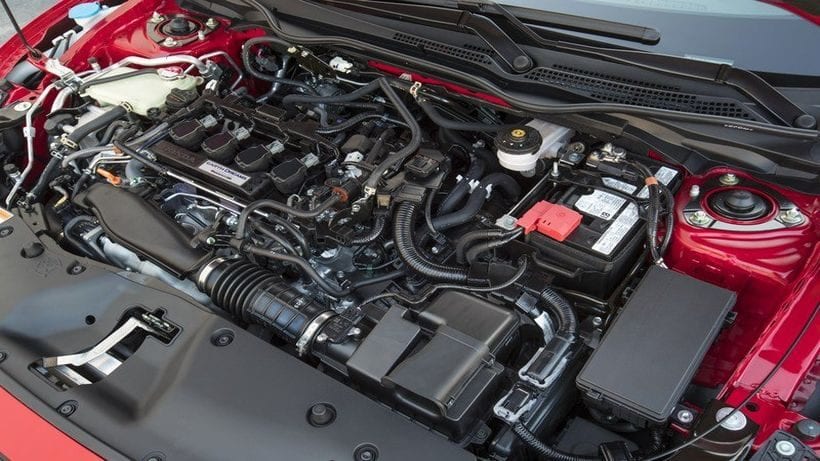 Mazda comes with 2.0-liter I4 rated at 155 hp and 150 lb-ft, while in higher trim levels you have the opportunity for more powerful 2.5-liter I4 boosting 184 hp and 185 lb-ft. Both engines can be mated with 6-speed manual or automatic. So, the difference between these cars in power figures is insignificant, but there is more to that as you will see.

Mazda with its SkyActiv technology chose to ignore downsizing and turbocharging in total. That means that both its engines are naturally aspirated, and you’ll have to rev quite higher to get a proper boost from them. Civic can give proper punch when swift overtaking is needed when you are not willing to aggressively shift down, but on back roads, traditional turbo recipe of “lag, boost, nothing” could be quite tiring. Also, the turbocharger is not twin-scroll one, so you’ll quite sense that “lag” part presumably. Mazda has a linear development of power so in back roads power is under your complete control, without the sudden burst of it, so hunting for higher revs can become quite entertaining in that case. Also, latest Mazdas are quite fun to drive, direct, communicate and responsive, so another plus for it when driving enjoyment is concerned.

SO, WHICH ONE THEN?

They both start at around $20k and end around $25k for highest trims. We can’t just issue the unanimous decision in a case of Mazda 3 VS Honda Civic Hatchback comparison. They don’t even try to enter the territory of each other seeking totally different type of attention. If you are younger, looking for trendy thing to reflect your lifestyle, it is quite obvious that peculiar Civic is a thing for you. 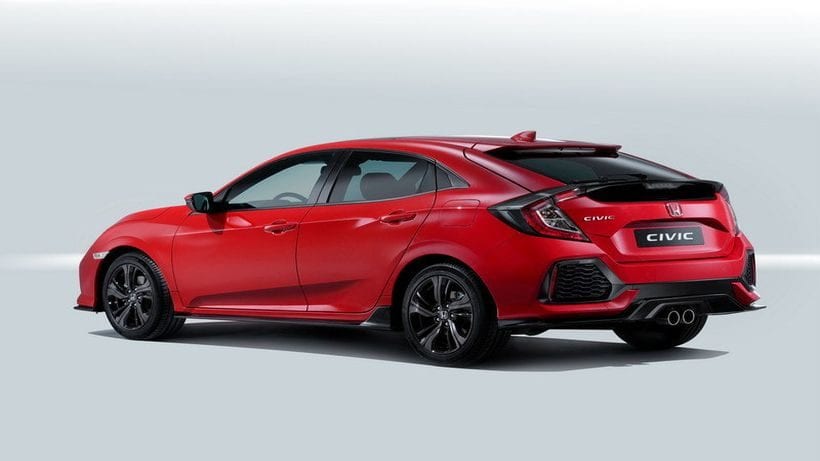 If you are more mature and serious person, trying rationally to pick your family transportation, Mazda will give you a sense of refinement from upper segments, and its restrained elegance will suit your state of mind. So, there you have it, try to locate yourself in one of those physiologic profiles and your future compact is chosen by itself.