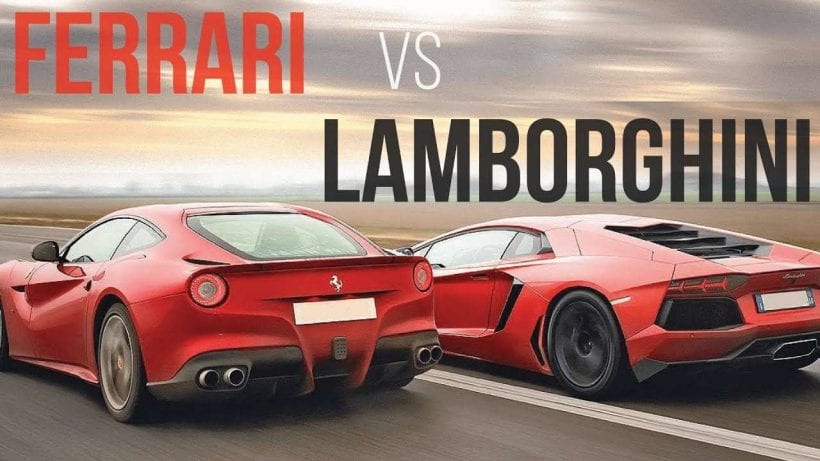 When you think of supercars, two names above all others leap to mind — Lamborghini and Ferrari. In many ways, we see these two magnificent Italian brands as being similar. They’re both expensive to the point where 99 out of every 100 people could never afford one; they’re both sporty and fast to drive; they’re both symbols of status and ultimate automotive style.

Having said all that, are they really the same car? When you delve into the history and development of these two brands, you find that far from being kindred spirits, they are actually fierce rivals, desperate to prove the gulf of difference between them. In today’s post, we will be exploring five big differences between these two Italian giants.

1. Lamborghini is the younger “sibling”

Founded in 1963, Lamborghini’s history is certainly shorter than Ferrari, who were putting out their first racing-spec cars as early as 1929-1930. Lamborghini’s founding was entirely coincidental, however. As it happens, the stories of the two companies are somewhat intertwined. 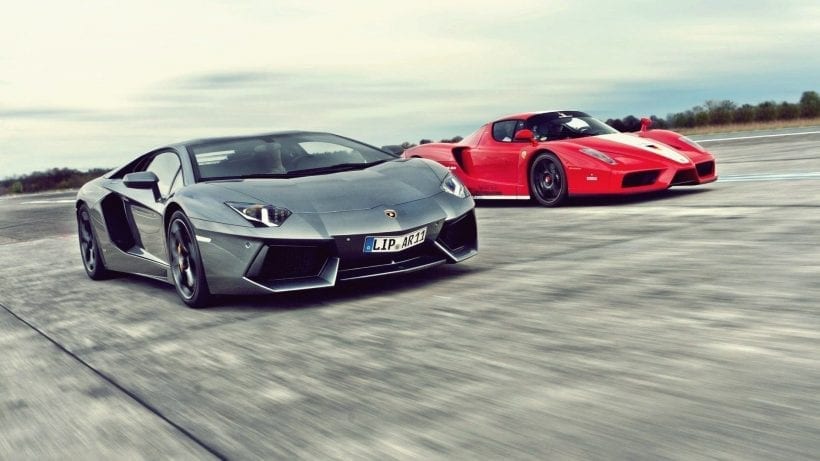 By 1963, Ferrari was enjoying a long-established reputation for racing-quality engines. Ferruccio Lamborghini, on the other hand, had made a name for himself designing top-notch tractors. While working on a new concept road car, Lamborghini and his partners were considering engines, and many liked those from Ferrari. Lamborghini was unimpressed, however, believing the engines to be wholly unsuitable for his vision.

Thus, in 1963, the house of the raging bull was founded in Sant’Agata Bolognese, a full 34 years after Ferrari. Their rivalry continues to this day.

Scuderia Ferrari was created and envisioned as a racing company. With its base at Maranello, the Ferrari F1 racing team and its principal Mattia Binotto continue a nearly 100-year tradition of speed and on-the-track fury.

Lamborghini, on the other hand, was born out of tractors, and later Lamborghini cars were built to be road cars, never track cars. That isn’t to say that Lamborghini’s aren’t fast, because they certainly are, but Ferruccio Lamborghini never imagined racing as a part of the Lamborghini brand.

The Ferrari F1 team alone has acquired more than 230 victories to date and played host to some of the sport’s brightest stars, including German legend Michael Schumacher. Racing is in the very DNA of the Ferrari, as we explore in our next point.

3. They are created under differing design philosophies

Ferraris and Lamborghini’s could be stripped of all identifying badges and branding, and it’s more than likely we’d still recognize which is which. The Lamborghini is built with straight edges, an iconic wedge shape, and of course its trademark upward swing doors. Ferrari’s come with more aerodynamic curves; a softer, lighter design with the heart of a race car.

When you get below the nuts and bolts, you also see the signs of the differing build and design philosophies. Ferrari’s come loaded with a light shell and side-slip control; features for speed and racetrack agility. Lamborghini’s come with stronger frames and a refined sense of luxury; exactly what you’d want from the perfect high-end road car. For those looking to experience the difference between a Lamborghini and Ferrari, both exotic cars can be rented at 777exotics.com in Los Angeles.

Of the two companies, Ferrari is running the larger business operation in terms of revenue. In 2019, Ferrari reported revenue of $4.2 billion. While Lamborghini has been enjoying something of a sales boom in the last two years (see difference number 5), they only broke the $1 billion barriers for the first time in 2018.

Despite the difference in revenue, it has to be said that both companies continue to maintain their desired image as exclusive luxury auto producers, and while sales and revenue have grown, neither is seeking to transition to the “mass-produced” category of the automaker. 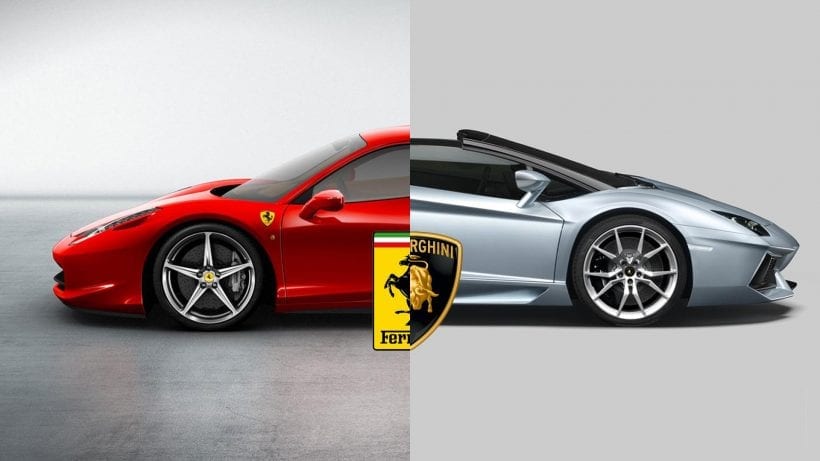 The Ferrari has announced that their first foray into the world of SUVs will be coming in 2021 with the Purosangue. Teaser images have been released, but all we really know is that it’s coming sometime next year.

In 2018, Lamborghini released the Urus, the company’s first SUV model (that is if you don’t count the LM002 truck from the 1980s, which most don’t) that singlehandedly managed to nearly double annual sales in 2018-2019. So desirable and successful has the Urus been, Lamborghini is already saying they’re holding off on new items to stop sales figures spiraling beyond their control.

Do the differences matter?

If you’re one of the few lucky enough to purchase and own a Ferrari or Lamborghini, then you purchase whichever one you think suits your taste best. You may even be so rich and indecisive that in the end, you buy both. Either way, knowing the differences helps us to understand these cars not simply asw “high-end Italian vehicles” but rather as individual brands with their own history, style, and ethos.