When you think a company such as Lamborghini can’t surprise you any more, they go ahead and do exactly that. Lamborghini is known for making some of the best sports and supercars the world has ever seen. Their models aren’t exactly what you’d call elegant and held back. They are in fact what you’d call aggressive, bold and striking. A Lamborghini is supposed to be mad, to provoke a big response from the crowd. It’s meant to look like a spaceship and a transporter. It doesn’t have the elegance of an Aston Martin or the handsome looks of a Ferrari, but it does strike with visual appearance in a way with which almost no other car can. So expectedly, we thought we knew Lamborghini and we didn’t think we could be surprised by them anymore. Boy, were we in for a shock.

Lambo’s 50th anniversary celebration. We all expected a special model from them but everyone thought it would be based on one of their already existing models. Well, that was soon disproven and our jaws dropped to the floor when we saw the Lamborghini Egoista Concept, a car which was shown to 350 of the best customers of Lambo in a special dinner at their headquarters.

First of all, where do you even begin with a car such as this? The name might be a good start. Egoista translate to English means selfish. Quite unusual at first, but then you start thinking and it isn’t so out of the ordinary. First of all this was a gift from Lamborghini to themselves. Quite selfish. It’s also a one-off model, meaning you can’t buy it. The more you think about it the more the name makes sense really. 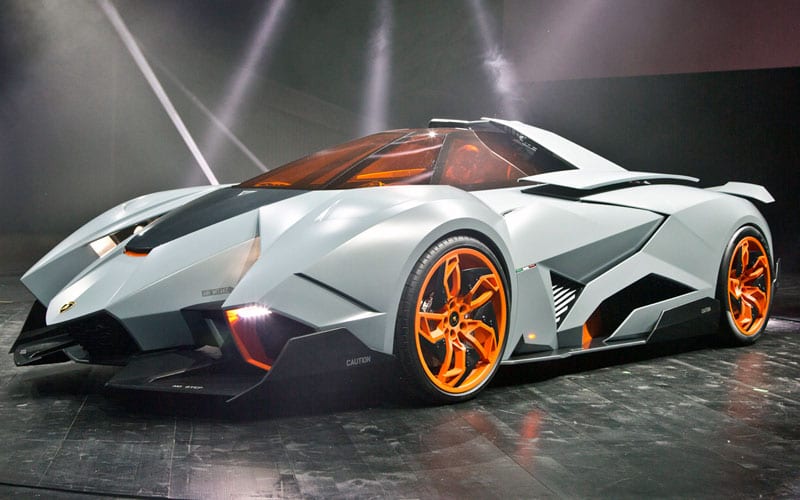 Then there’s the exterior appearance. This thing is properly mad looking. You’ll struggle to find anything as striking as this, concept cars included. The F1 inspired nose appears quite incredible on pictures, but pictures don’t do it justice. It’s even more accentuated in real life, to an extent you wouldn’t believe. The Lamborghini Egoista Concept really does look like a spaceship from another galaxy. You’re waiting for it to lift off and enter warp speed at any second.

The front has a carbon fiber trunk lid, LED headlights which just peek from the very bottom with evil and mean intensity, and the formed air intakes are not just elegant and visually appealing, but completely functional as well. The front fascia is very overwhelming at first, you can’t absorb all of the details it throws at you. Once you have time to settle down, you start noticing how beautifully and exceptionally well everything is put together. This isn’t just a kit put on an already existing Lamborghini, but rather more of a well though off car in its own right.

The silhouette of the concept is the most Lamborghini-like exterior feature. Obviously taken to extreme levels however. The nose dives right underneath the front wheels and at the back it forms into the large glasshouse which rises and flows all the way to the back. It’s almost like a fighter jet canopy, it can open up to let the driver to get in or out. A central driving position, remind you of anything yet? (Selfish).

A large air intake is present just in front of the rear wheels with orange highlights on the inside. Move over to the back and you find that the rear fascia picks up where the front and the sides left off. The LED taillights are just as mean looking as the front ones if not more. Ferrari? Maserati? Move over please. There are two air flaps just above the two taillights which can raise or lower as needed. The exhaust exists are highlighted in orange too. As a whole, the entire concept is as mad as it gets. 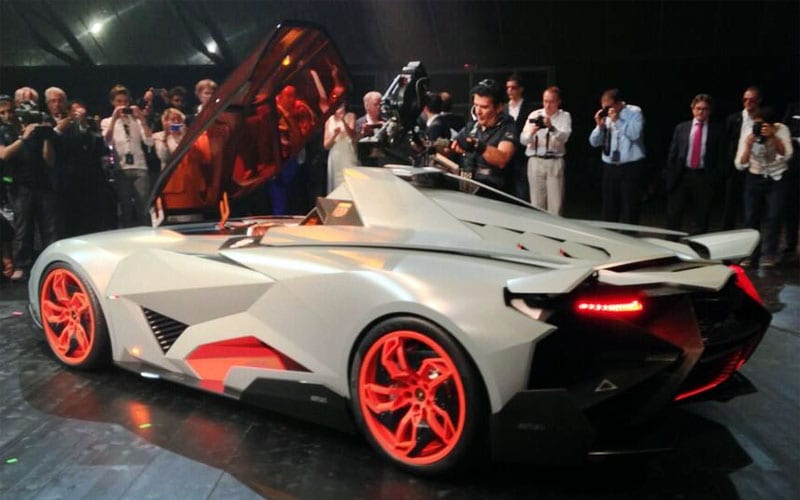 The inside sees a futuristic concept with accent on the practicality. There are no features just so that they can brag about them. It’s all about practicality and usable functions the Lamborghini Egoista Concept actually needs. Everything is centered around the single driving seat slapped right in the middle and the controls as well as all the buttons are minimalist to say the least. The racing seat in the middle is of course finished in orange and it has a four-point racing harness. Each strap is colored differently. A heads up display is also present, but interestingly enough it’s taken the shape as a lock-on target of a fighter jet.

To get in or out you first have to remove the steering wheel, set it on the dashboard and only then can you open the electronic dome. After that you have to stand up on the seat itself, sit on the designated area on the left side, turn 180 degrees and put your feet on the ground. Remember when we said it was extremely jet-like? Yeah… 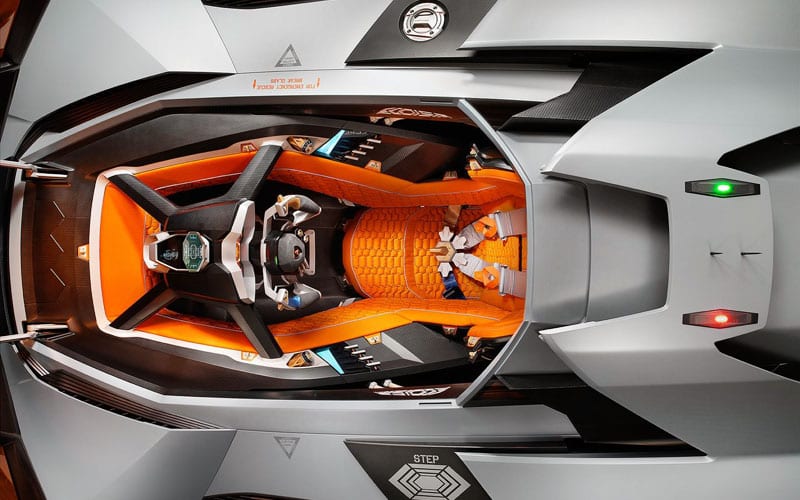 Powering the Lamborghini Egoista Concept is the Gallardo-sourced 5.2L V-10 engine. The power has been bumped up to 600 horsepower (447 kW; 608 PS) from the standard 560 horses. Being the one-off model, Lamborghini didn’t feel like they should release any other information so naturally, in Italian fashion, they didn’t. Given that it is based on the Gallardo, it’s safe to assume that it does come with the same dual-clutch transmission and has a similar top speed (202 mph) thanks to the probably not so aerodynamic exterior. The torque figure should also be in the ballpark of the Gallardo, but we don’t have the exact number.

Will It Ever Be Released?

Well, probably no. It won’t be released to the market. Lamborghini were adamant that no amount of money will ever be able to buy the Egoista as it’s a present for themselves, so we can’t give you even a ridiculous price figure. But hey, we’re sure there are some kit car manufactures which would be more than happy to build something similar for you.