If you try to follow automotive happenings outside your own country Kia made sure to make it complicated with its compact offering. In 2003 it revealed Cerato as a replacement for Sephia or Shuma depending on where you are. In Latin America Cerato was still Sephia only to later become Spectra. While production of the first generation Cerato was still on the move, Europe suddenly got its different looking model named Ceed in 2006, which later continued its own separate story. When the second generation of Cerato debuted, it retained its name for just a couple of markets including Australia, while for all others it became Forte including the US.

Interestingly, as it was not complicated enough, for Singapore and Columbia, it became Cerato Forte, in China, it used ancient name Shuma, in Korea, it was K3, while in Russia and Ukraine you had both Forte and Ceed. This would be a story about Australian Kia Cerato 2017 and its refresh, which would go along perfectly fine with practically the same US Forte.

The current model was introduced in 2013, so it was time for some mid-life changes and they were done last year. Refresh was done Korean way, so with extensive visual upgrades. Fascia is completely different with the new thinner and longer headlights now nicely merging with reshaped grille. The bumper is also thoroughly revised with dynamic looking side intakes. At the back, tail lights have a new layout, and that is it for the hatch, while sedan version also has redesigned plastic covering lowest part of the bumper.

Interior hasn’t introduced any visual changes, apart from the new audio system in base trim. You can opt for 7-inch infotainment system which supports Android Auto while Apple CarPlay can be added as a free option. Koreans also claim that the new and upgraded materials are used across the cabin and that the new cloth for seats is more durable. We have to note that Cerato cabin is both visually and in quality less refined than one used in European Ceed, but still at a decent level for the compact hatchback.

You can pair the engine with 6-speed manual or 6-speed automatic transmission which even comes with pedal shifters. Refresh also brought retuned suspension, as the car feels stiffer and more eager to corner, but not at the expense of comfort which is still at a decent level. 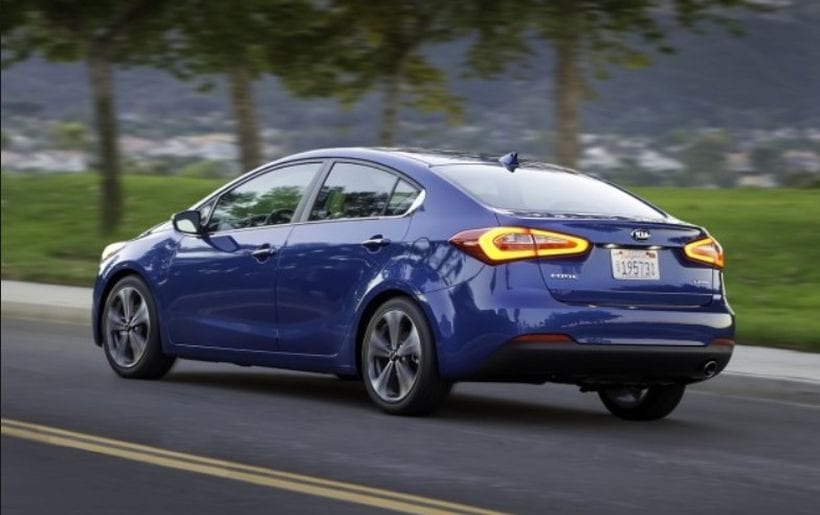 REST OF THE THINGS

Standard equipment for Cerato includes six airbags, Hill Start Assist, and ESP, while it also managed to earn a five-star rating in crash tests. Higher trims are bringing lots of safety gizmos such as Blind Spot Detection, Rear Cross Traffic Alert, Lane Departure and Forward Collision Warning System, but we still don’t have any of autonomous features yet.

Price start at $20k Australian ones (15k US dollars) while it can go over $30k in highest trims (22,5k USD). With or without this facelift Kia Cerato 2017 stays as one of the interesting choices, especially if we add legendary seven years of warranty.