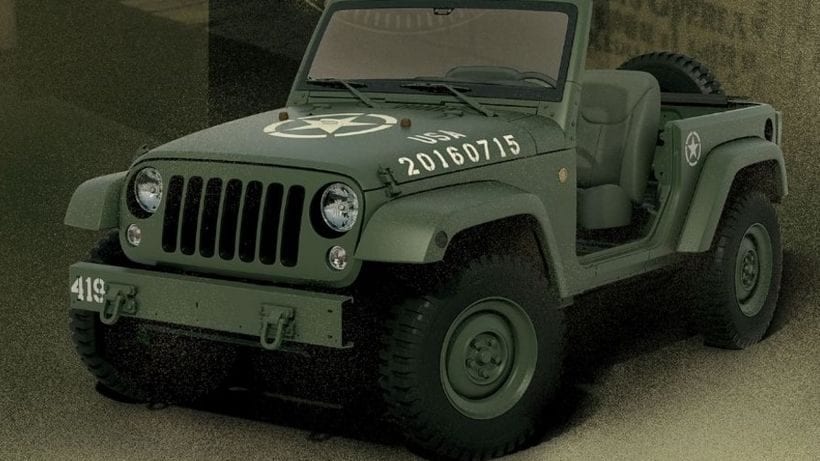 We all know that Jeep never lacks imagination when Wrangler is concerned. We just had Easter Jeep Safari event and no less than seven highly creative concepts, and a variety of Wranglers that actually go to the streets is similarly plentiful, with around forty variations offered. Well, there was one more,  Jeep 75TH Salute Concept and it was back to the spotlight at just happened 2017 Jeep Beach gathering.

It is concept presented last year in July by Jeep, and it was there to mark 75 years from the birth of the first Wrangler. To be perfectly precise, July 15th, 2016 is exactly 75 years after the day when the contract was granted for Jeep by US military in 1941. 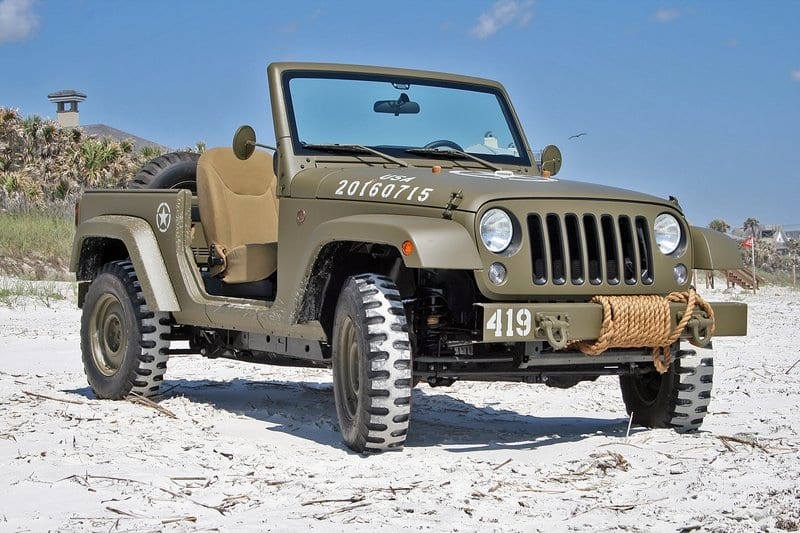 So, the first Wrangler was actually military Willys MB, built during WW2, later evolving to civilian version, and this concept celebrates its military roots. Jeep went authentic, but it stopped in the middle of the way, but don’t worry, the end result is more than interesting.

GENUINE SIDE OF IT

Military aspirations are visible at first sight, and everything indeed resembles original war thing. Mirrors, bumpers, front one even with rescue rope, extremely skinny tires, lack of doors, carpets, rear seats and lack of greenhouse apart from the windshield, are all open clues. The car is painted in the Olive Drab color with white markings, which is “the” paint that was used on Jeeps during WW2, seats are bucket ones dressed in same original fabrics, even lug nuts are custom built as replicas. 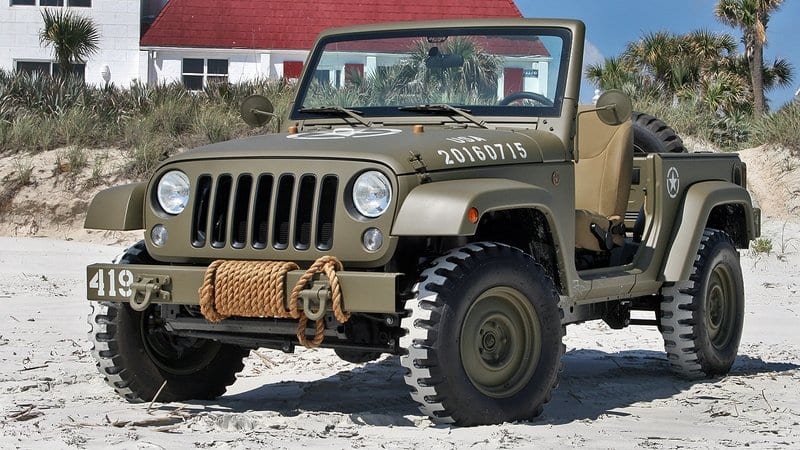 The concept is based on Wrangler Sport model or the entry level one without any additional equipment, due to the fact that it lacks much of modern stuff present with higher trim versions. This means that there is no air conditioning, no locking differentials, no deactivation of the sway bar, just part-time 4WD, trying to keep things as close to original as it can get. As we are accustomed to Jeep, we have lots of Easter Eggs, like numbers on the hood representing the date of production, 419 number on bumpers is telephone area code for Toledo, Ohio or place where it was assembled, and side badges made of copper are honoring this happening.

REGULAR PART OF IT

Other parts of it are usual, lights, grille, and other body components that are still there, also the whole dash is left intact, but that doesn’t manage to spoil all general feeling of open tribute to war predecessor. This is also an easy way to see how little has Wrangler evolved with its looks over so many years and that is the main reason why it is so funky and desired by many these days. 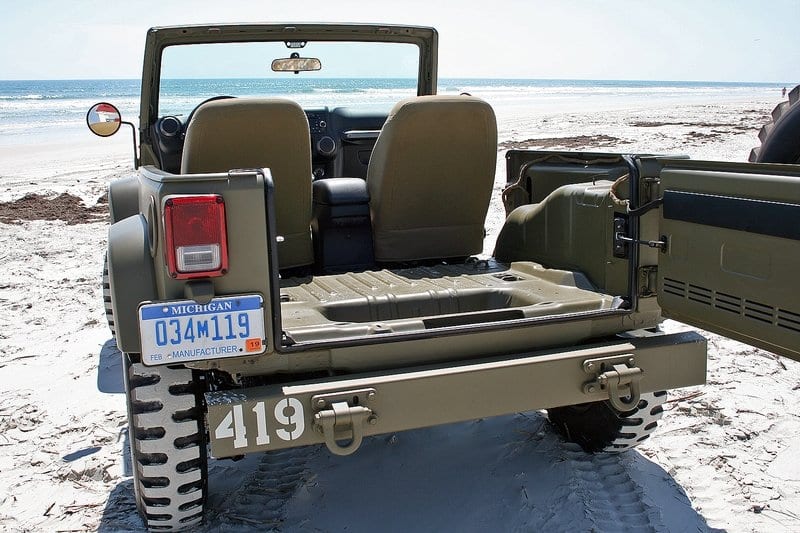 The company hasn’t touched anything under the skin, and it hasn’t molested itself to replicate Go Devil petrol engine or the 2.2-liter I4 delivering at the time 60 hp and 105 lb-ft of torque. Top speed with mentioned thing was 65 mph, so 0-60 time took forever, making happy somebody who will actually try to drive this concept as it is powered by 3.6-liter Pentastar V6 paired with a six-speed manual.