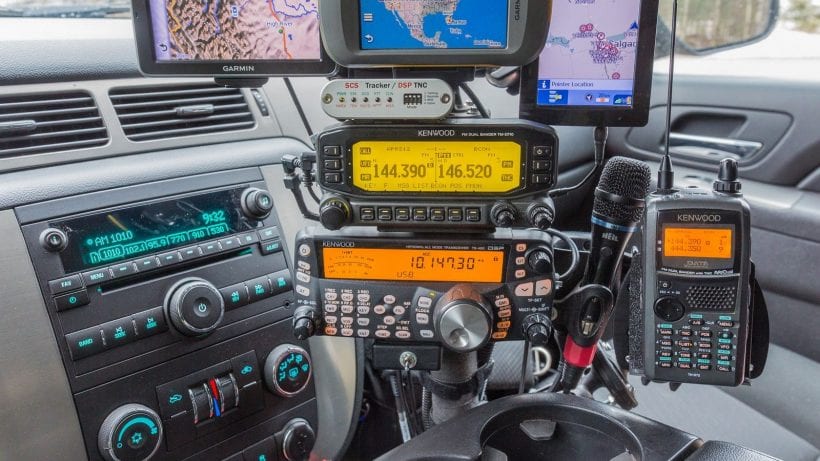 When we talk about ham radio installation in a vehicle most of you might think of complicated steps that require a lot of experience to do.

While ham radio installation isn’t exactly as easy as hammering a nail it isn’t something that can’t be done either. In fact, you can do it all by yourself with some basic skills without the need for any professional help.

But for you to do it independently and swiftly, you need to know how to do it the right way. And so we broke down the entire procedure into 5 simple steps for you to follow.

Without any further ado, let’s get started.

How to Install Ham Radio in a Truck 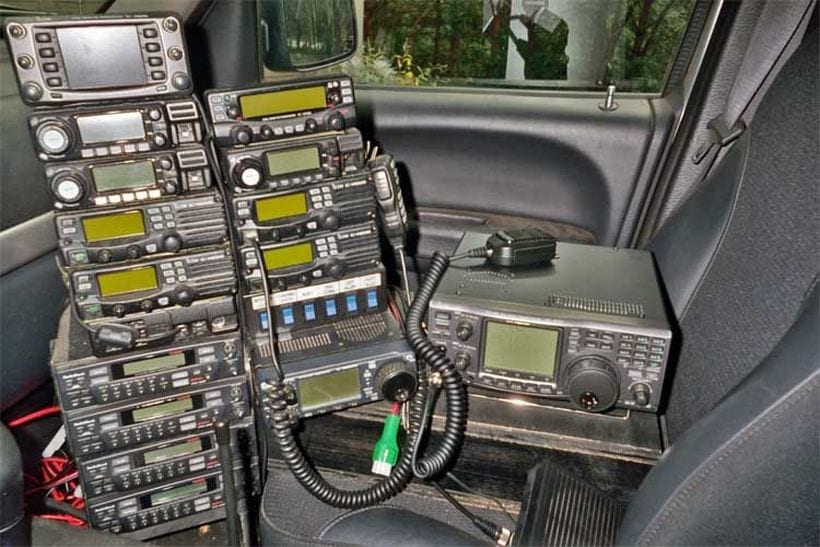 Installing any additional part to your car could be a bit challenging but don’t worry we are here to make things easier for you. We noted down five easy steps below that you can follow to successfully install a ham radio in a truck.

Ham Radio can be divided into two types when it comes to the way it’s mounted. Mag mount radios and grounded radios.

If you’re someone who wants an antenna that’s effective and isn’t much of an eyesore then you should get a mag-mount ham radio. These radios can stick on any surface of your car and maintain a sturdy position. So you don’t need to punch a permanent hole in your car to use it. It can be taken off anytime as per your requirements.

It is also great for individuals who live in areas where long antennas are not allowed. You can just take it off when you need to. It also gives you the flexibility to transfer it from one vehicle to another as it doesn’t require permanent fixation. The only backlash could be the area coverage which is a bit less than grounded radios.

If your primary concern is to have a ham radio that provides more range and more gain then a grounded ham radio is the way to go. This kind of radio requires its antenna to be fixed to your vehicle. Which means you need to permanently drill a hole to mount it to your car. Although it looks a bit unsightly it does give you a wide area coverage.

The size of the antenna should also be decided pre hand on the basis of where you live or where you will run your vehicle. If you plan on constantly being on the highway then the size isn’t much of an issue. But if you plan on using your vehicles then a large antenna could come in your way while doing basic things like going through a drive-through or driving in an area with low branches.

If you want to know more about ham radios and their types you can check out TappinThruLife.com for more insight.

Now that you decided on your antenna it’s time to pick a suitable mount to place your head unit. There are a couple of types of mounts. Like seat bolt mounts, glass-style mounts that stay on the windshield, ram mount, etc.

Ram mounts are basically cup holder-style mounts. They can be placed in any cup holder and can be taken off easily. So if you are looking for a semi-permanent mount system you can try it out.

But regardless of what type of mount you choose, how you place it is very important. It should be placed in a way so that it doesn’t obstruct your view or other functions. But it should be close enough for you to press buttons on the head unit while you’re driving. 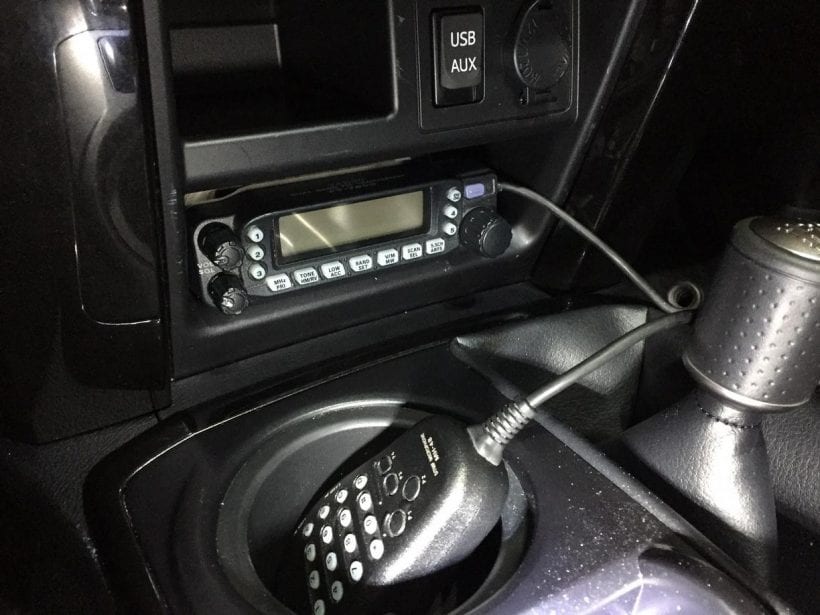 A very important part of ham radio installation is the placement of your antenna. The way you place your antenna is very crucial to how it works and how it gets a signal.

The most optimal option to place the antenna would be the center of your vehicle. It uses the body and the frame of the car equally in all directions and gives you an omnidirectional pattern. That way the radiated signal is received in equal coverage.

If you have more than one antenna you need to make sure that they aren’t placed too closely. If they are too close to one another it can distort the radiation pattern, the SWR, and the peaks of the antennas.

Another thing that you should keep in mind is that the cord of the antenna is placed properly so that it isn’t pressed or obstructed. If it is placed at a point where it is constantly being pressed it is most likely for it to be damaged soon.

Something you can do is run a whole dedicated 4 gauge power wire to the primary positive post and one to the ground. You can use a seat bolt for the ground but the positive end needs to directly go to the battery for it to work. And make sure it is fused.

Lastly, you need to place your radio unit and the actual radio console in a suitable place.

For the radio unit, you can place it under your seat, under the dashboard, or any other place that keeps the wires out of the way. Some vehicles come with a storage unit under the mat below the seat. If yours has one it’s a great place to place your radio unit. As for the center coles base or the actual radio, you can mount it under the seat or dashboard, storage unit, or any place where it is safe and the wires don’t get obstructed.

Another thing to keep in mind is when you run the power wire make sure to cover it with something that cancels out the noise. Ferrite beads or noise isolators are a great option to cut out the alternator noise. If you are on an HF or CD the noise can be a problem to the point it can be heard from outside. So it’s affirmative that you find a good solution for that. 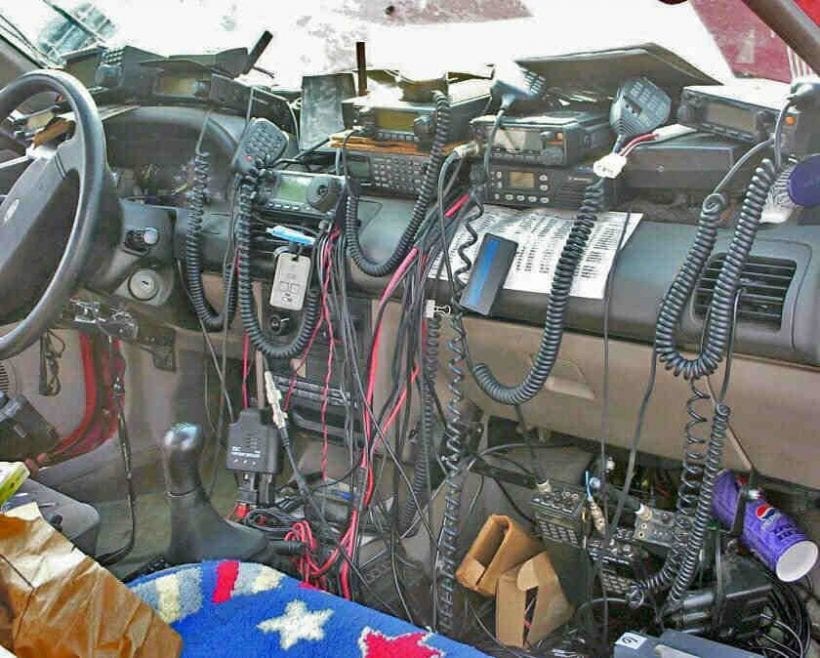 If you are someone with zero DIY knowledge then these steps can be a bit complicated for you. But you can still carry them out with some extra attention. And if you still find yourself unable to do it you can always call for professional help.

However, it is always a good decision to do these projects by yourself so that you can understand how to take care of your vehicle by yourself.