Let’s face it, it is not that the whole world is solely spinning around Europe and US. India is maybe lagging behind in life standard and purchase power of its residents, but consider it as the future new China. Its economic growth couldn’t be easily dismissed as much as the market with over a billion souls, and all of them would like to be transported on four-wheels at one point in their lives.

Due to the current circumstances and special (read high) pricing for new car models, the market is more oriented toward low-cost vehicles, especially those manufactured on their soil, hence avoiding hefty taxes. Hyundai was among the first to recognize that, and currently, they sell over half million vehicles annually there. And definitely, one of the most important models intended for Indian market would be Hyundai Verna 2017.

It is Hyundai Accent in its fourth generation, while the second generation of Accent that is still sold there and that should not bother you as we have the same situation in Egypt. 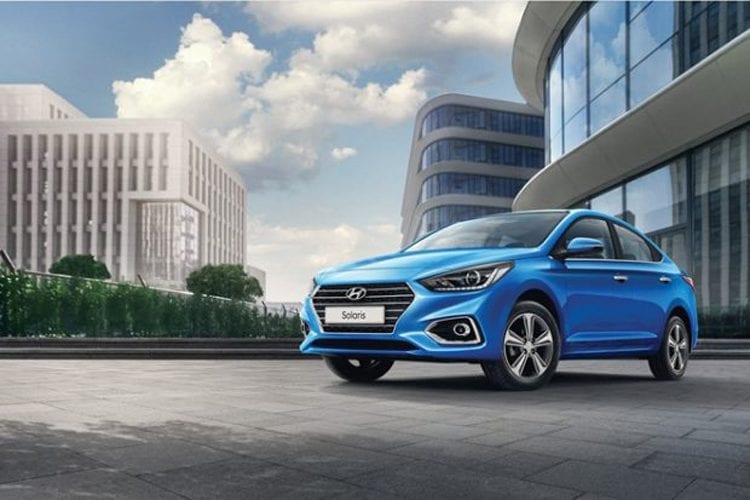 When the current version of Verna went on sale in 2011, it quickly became a top seller in its class, but nevertheless, it was later beaten by Honda City and Maruti Suzuki Ciaz, despite 2015 facelift. 2017 model is another facelift trying to set things straight, and before coming to India, it was already released on sale in China.

Model in question was previewed as a concept at 2016 Beijing Auto Show, and it sticks to the concept styling ideas, but sadly the beautiful diamond grille is not one of those that are carried over. Anyway, the car received a total makeover, and visually it could even pass as a new model. The front fascia is way more modern with big hexagonal grille featuring vertical slats and smaller but sharper lights.

The tail of the car profited best from this refresh, gaining new dose of determination and seriousness compared to previous one’s lack of character. Primarily due to the rear, the car appears much more energetic and vigorous now, and overall it looks more mature, maybe even resembling Audi A3 in its sedan shape.

Don’t expect to be wowed by its cabin. Still considering the market in question, the whole offer is satisfying, even if we note that used materials are below ones for European or US market as that is usual thing with low-cost models intended for developing countries. New Verna is 5mm longer and 28mm wider, so count on more space inside and do count also on some neat touches such as 8-inch infotainment screen supporting Apple CarPlay and Android Auto, leather seats along with electrically adjustable driver’s one and dual zone climate control, of course in higher trims.

There are no official confirmations of the lineup, but it is expected that the current one carries on, with the possible addition of mild hybrid to it. So, you have 1.4-liter petrol with 105 hp, stronger 1.6-liter delivering 121 hp, while diesel comes as 1.4-liter rated at 89 hp and finally 1.6-liter boosting 126 hp. Fuel efficiency stays highly competitive and what also remains is three gearbox options, 5 or 6-speed manual and 6-speed automatic.

Of course, you should, if you live in India of course. Hyundai Verna 2017 appears more upscale and refined on the outside than both Honda and Maruti now, and we even dared to point visual resemblance to Audi. Price will stay as one of the best things about it, as it circles between Rs 9 lakh (around $15,000) and Rs 14 lakh ($23,000), which is more than decent for the market in question.