Hyundai took its chances in the small car segment in 1997 with Atos model. Koreans had a problem with interior quality in that time across the whole lineup, so you could imagine what a sub-city or A segment vehicle has to offer in that case. Anyway, things got better in 2007 with the introduction of i10 and then went berserk in 2013 with the second generation.

The South Korean car maker managed to solve the biggest flaw, consisting of interior’s poor material and build quality, and even to catapult its contender above the quite established competition in that field. Just last year current model received facelift, so let’s see what improvements have Hyundai i10 2017 brought to the table. 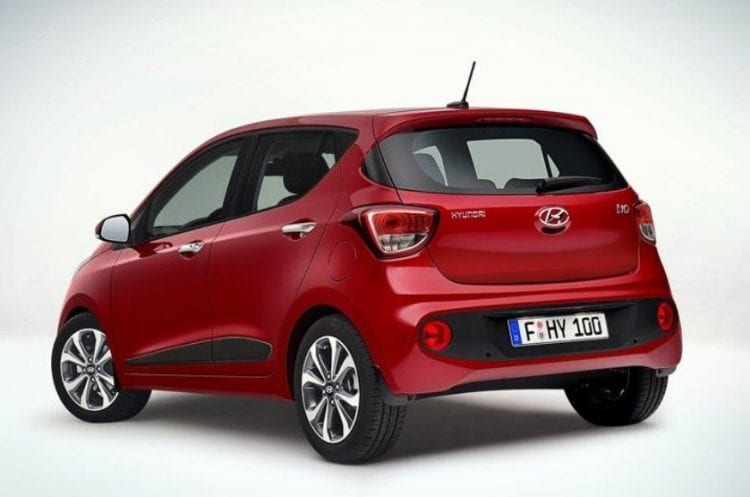 Primarily you will notice new fascia. Thin upper part of the grille is missing, while actually, the entire grille has revised looks with new cascade shape, followed by sportier looking side air intakes. New LED daytime lights are positioned in the upper corners of the grille, side moldings have new design if you opt for them and the rear bumper has the black insert in which are incorporated round fog lights. This would be nicely pulled refresh and the new model appears instantly younger and more modern when observed.

We said that cabin went from appalling one in Atos to fine one in first generation i10 and to remarkable one in the current version. However it might be strange when that is said about Hyundai, but it is a fact, and cabin use materials which can easily visit class above. Refresh brought new 7-inch touchscreen, available in higher trims, and connectivity is well covered with Apple CarPlay and Android Auto. If you opt for the navigation system, it comes with seven years of free subscription to LIVE Services, which will probably be above the point when you decide to go for new wheels.

This feature offers real-time traffic conditions, local weather, points of interests, and location of speed cameras when it is permitted of course. The trunk is, for the segment, decent at 8.9 cubic feets.

You have a choice of two petrol engines, and base one is 1.0-liter I3 delivering 66 hp and 70 lb-ft, taking enormously long 14.9 seconds to 60 mph. A better choice would 1.2-liter I4, as that one cylinder more allows 87 hp and 89 lb-ft, and it shaves a second and one-tenth from the acceleration time of weaker sibling. That doesn’t seem much by itself, but rivals don’t offer better figures either.

Both units can be mated with 5-speed manual or 4-speed automatic, while stronger engine gives 37 mpg combined, three cylinder one goes even high as 50 mpg.

Hyundai i10 2017 brings one more improvement and that would be on the safety front. You can opt now for the Front Collision Warning System and a Lane Departure Warning System. The first one alerts driver both by sound and visual warning about possible impact, while the second one uses sound when speed is over 37 mph and car sense sudden movements tending to bring the vehicle to opposite lane.

That would be it from this refresh, and we would say it is enough to keep us interested until new generation arrives.