The New York International Auto Show is well behind us now, but a few cars have made a really big impression on everyone. Rather surprisingly, it turns out that Hyundai is one of the culprits this time too. We’ve seen the Genesis brand’s G90 very recently and confirmed we like it, rather a lot. Well, they obviously didn’t stop there, since today we’re bringing you a gorgeous concept car which stunned everyone present at the time of the unveil. According to Hyundai insiders, this isn’t just a concept car, but almost production ready model and premier for a new car to be launched in the next two years.

It’s placed in between the D-segment and the E-segment vehicles (we’re talking C-Class and E-Class). Even from the outside, you can tell it isn’t a concept for just redefining the visual heading of the brand, but rather an evolution of the same. It’s got the same elements we’ve seen on cars in Hyundai’s lineup and follows the traditional lines of a normal vehicle, so it isn’t in any way a ludicrous concept made for the show. The key here are the details, which there are plenty of in this Genesis Concept. If looks are anything to go by, this one is a stunner, and we predict it a bright future.

Hyundai is currently in the process of launching its Genesis brand into the world. Genesis, for those who don’t know, is meant to be the luxury department of Hyundai. Something like Acura, Infiniti, and Lexus are for Honda, Nissan, and Toyota respectively. Having a separate brand for the luxury models clearly divide the mainstream city cars from large up-market vehicles, effectively making a premium brand which will hold a higher value on the vehicles than they would have if they shared same brand name. It’s an ingenious way to maximize sales and profit, and one Hyundai realized, thus is launching the Genesis brand.

The styling of the model presented in New York is rather unique. It’s not that different from the current Genesis products we’ve seen, featuring the same cues and features, but it does have same new elements showcasing the future of the Genesis brand. The styling is aggressive but not over the top. It’s bold yet elegant and slim, in a dignified sort of way. The roof as you can see is extremely low, giving the side windows a very shallow appearance. It’s a real head turner, and you can be sure that it will be immediately spotted in the parking lot. 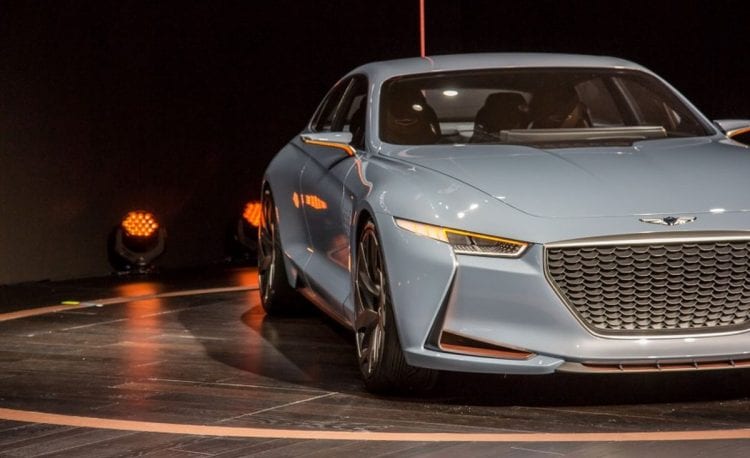 Painted in dove gray with a mix of blue, it’s especially attractive. It has some roots in the 1950s German hues, but it’s its color. The rear is to die for, managing to be even more attractive than the front. There are very slim, jewel-shaped taillights which are very sleek, but the four exhaust pipes offset that with a dose of aggression. Who would have thought such a car would come from Hyundai itself. Can we have one please Hyundai?

The man who inspired the New York concept is Peter Schreyer. Peter is one of the industry’s best car designers. He has been with Kia and Hyundai for few years, before he worked for Audi and we can see many benefits of his transfer. He is largely responsible for the looks of the Genesis vehicles, so we thank him for that. Then there’s Luc Donckerwolke, who was brought in from Bentley. Yes, the very same Bentley with some of the most elegant designs on the planet. He was brought to succeed Schreyer in the head of design position. With Hyundai North America we have Chris Chapman, a man responsible for the X3, X5, and the Z4. Quite a bunch of people Hyundai has managed to assemble then. No wonder the previous few concepts have been simply jaw-dropping.

In a talk with Chapman, we understood what the concept is all about. It’s not about being as extravagant or exotic as possible, but it’s rather simple and elegant, closer to the production version. There’s nothing over the top here; the fact that it looks so good is because it’s natural and good in its skin, something they worked hard to achieve. The proportions have to be right from the get go, otherwise, nothing else will fall into place. Highly complex designs with lots of features don’t look natural or pleasing to the eye. They may be eye-catching, but they’re that because they’re silly, mad inventions. You wouldn’t want to drive them more than once that is for sure.

In such a measure, the New York concept is one that’s dignified and rather simple. It uses the basic principles of a vehicle. It follows the same, traditional shapes with added elegancy and refinement. The surfaces are conventional, and there’s nothing out of the ordinary. The volume of the car is just right, and the stance is aggressive, but only to the point where it needs to be and no more. It’s one handsome car we’ll tell you that. 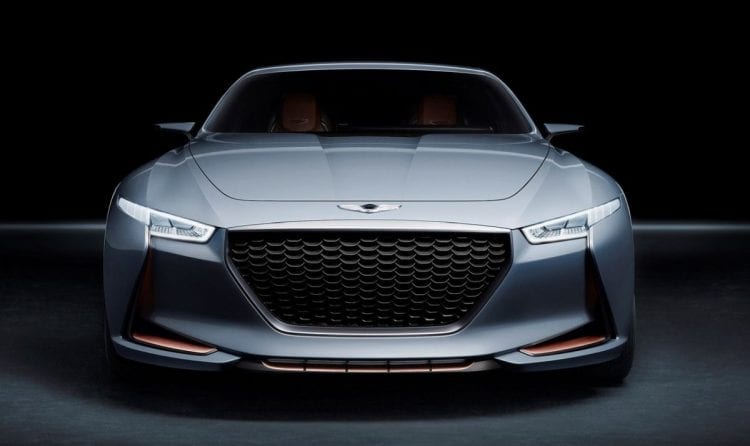 The front is garnished with small dimples which seem to be inspired by Formula 1. They genuinely look like they came off of the front wing from a race car. It may appear to be going against its simplistic nature, but it’s so beautifully incorporated that it only enhances the design. The rear echoes the same design with even smaller dimples, creating a gorgeous architecture for the entire car.

The interior is probably the most unrealistic element of the whole car. It’s futuristic looking and while it does resemble a traditional cockpit, the dashboard, instrument cluster and steering wheel are not ones we’ll see soon in any production vehicle. The materials, however, were top-notch, and we can expect to see them in the production-ready car in about two years. If Hyundai want’s to compete with German car makers and other luxury brands, they will need to step up their game and this vehicle shows that they really can do that. 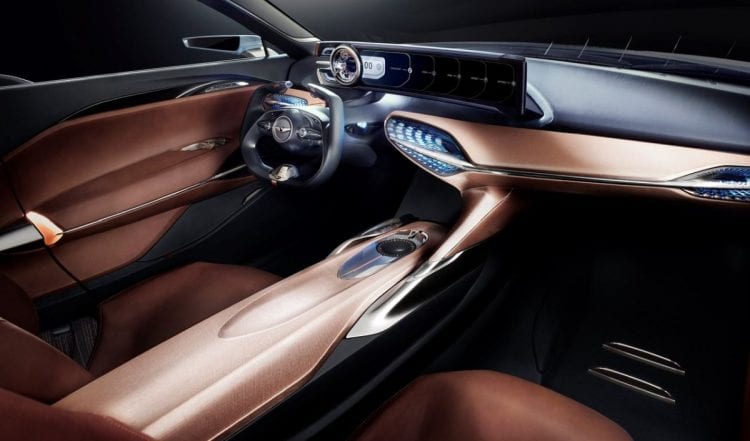 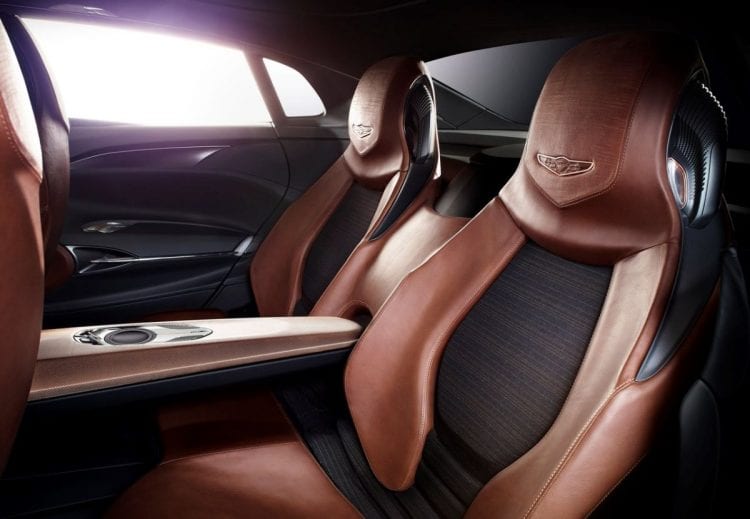 No official details have been announced about what sort of engine it will carry, probably because it’s just a concept and they’re yet to decide on the engine for the production car. But consider this: The Genesis New York idea is a car showcasing a competitor for the 3-Series and the C-Class. We can’t say for sure whether the driving capabilities will be as good as the Germans but if looks are anything to go by, the competition better is ready.