Home
BMW
News
How BMW Imagines Car of the Future

BMW is in the midst of celebrating its 100th anniversary, and to mark this occasion they just rolled out a futuristic concept called Vision Next 100. On the eve of the Asian presentation, which will be held in Beijing, BMW has gone in public with new photographs of this vehicle.
Vision Next 100 is a 4-door car, designed under the influence of i8 hybrid sports car. The vehicle of the future has a sedan body, and with this BMW sends a message that this kind of car continues to form the basis of Bavarian manufacturer although SUV/crossover and MPV vehicles are increasingly taking over the market. The vehicle is 4,900 mm long, which ranks it with the current BMW Series 5. However, with a height of 1,370 mm concept is quite lower than the BMW Series 5, and leans more toward to the coupe sedan like the Series 6 Grand Coupe. BMW has released the standard central roof rails, so the access to the cabin is much easier while the front and rear doors open upward. 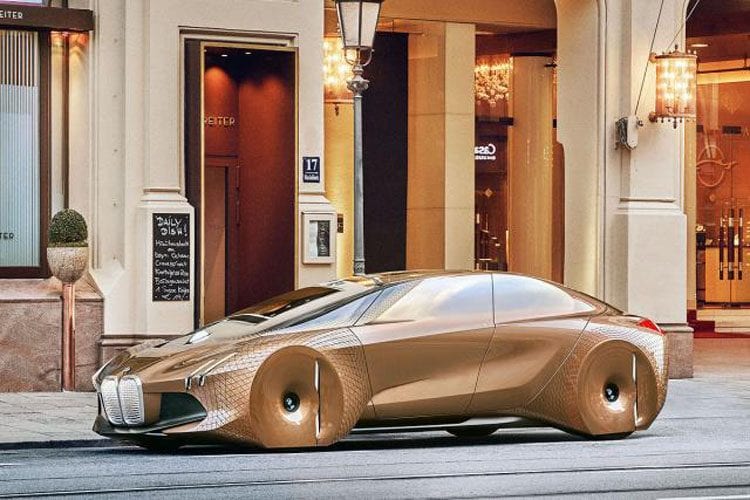 The company says that the interior is made entirely of recycled materials. This is something we could see in few environment-friendly models.
Vision Next 100 can be driven in two ways: Boost mode means that the driver has a full control of the car while the vehicle driven in Ease mode is controlled by auto-pilot. 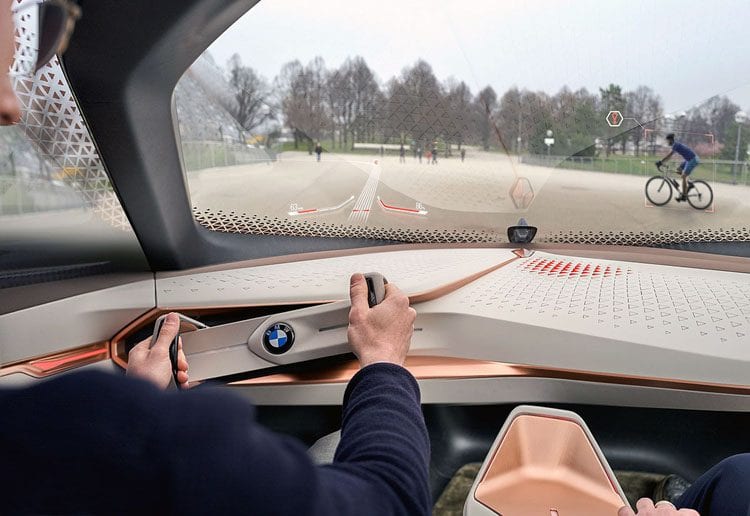 The German manufacturer remembers its past, but it is looking into the future, as demonstrated this concept provides a preview of the next 100 years of the company. 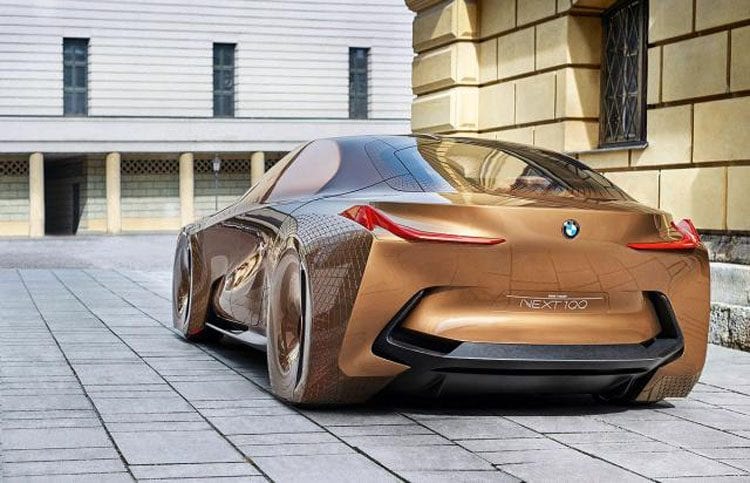 Within the celebration 100th birthday of the company, BMW will introduce three concepts in 2016. The first is the Rolls-Royce Grand Sanctuary, whose premiere is scheduled for June, and by the end of the year will be followed by the other two brand concepts that operate within the group (MINI and BMW).