Ford Atlas Concept is a bold look at potential design, technology and capability features that could one day appear in Ford trucks.

When the Atlas truck was showcased by Ford a while ago there have been many rumors surrounding it, many of which proved to be true. Let’s take a closer look at the history of Ford Atlas in order to learn more about it and see why Ford made it in the first place. 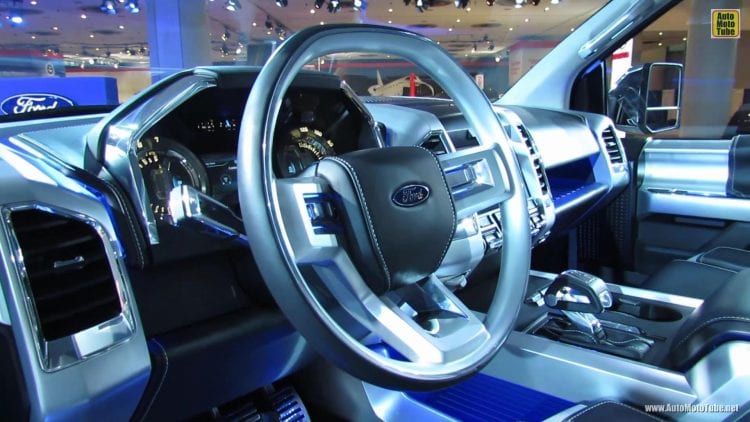 What is the Ford Atlas?

“The Ford Atlas is a concept pickup truck that was unveiled on January 15, 2013 as a preview of the thirteenth generation Ford F-Series, with the most notable change being a switch to primarily aluminum construction.”
~Wikipedia

The truck was first released back at the start of 2013 but Ford was in fact working on the new generation of the F-150 truck long before that. They even bolted an all aluminum body, identical in look to the older model, to the new chassis of the Atlas and they worked these trucks tremendously in order to see if the aluminum would hold up.

The Atlas is more of a finished product than a test mule and this is clear if we take a closer look at it. The truck not only looks very similar to the all new F-150 but it also features quite a bit of technology involved with it.

Looks like we will see 2018 Ford Ranger very soon! Some of this technology is still not available on the production truck but this will likely change in the future. We already know the pricing on the current F-150 and despite all the rumors, it is quite similar to the older model. The rumored Atlas, on the other hand, might cost well in excess of $50,000.

This is because the Atlas truck might become the first hybrid truck to hit the US market. If we take a look at the history of Ford Atlas then we can see that the concept was mainly focused on fuel efficiency. This leads us to believe that a production model aimed at those fuel efficiency-minded people might be offered. There is still very little information about it but Ford did say that a hybrid truck is not as far as it seemed a while ago. 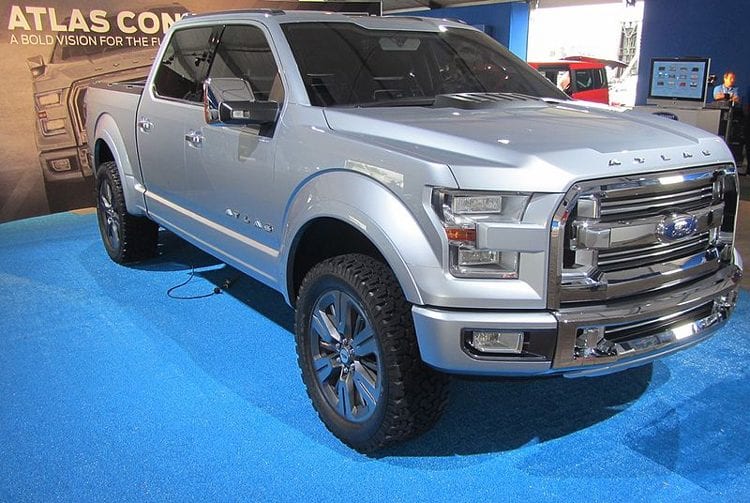 So, first things first. What is Ford going to do in order to create the fuel-efficient truck everyone wants? Well, the obvious answer would be that they would go for a hybrid powertrain. Unfortunately, though, Ford doesn’t really have a suitable engine to use in the successor of the Atlas concept. 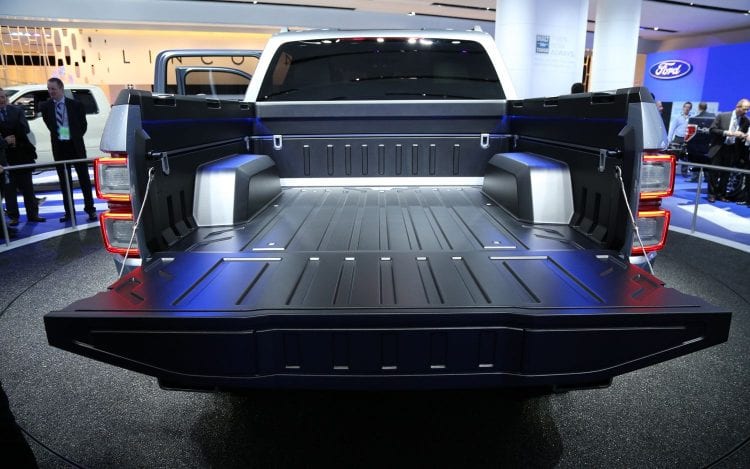 In fact, not that long ago rumors about a new diesel engine to be used by Ford started to surface. This would be a Jaguar unit modified to use in their trucks. So far very little has been said but it seems that this 3 liter twin-turbocharged V6 would be able to push out more than 250 horsepower and 450 lb-ft of torque. This doesn’t seem like much but with the help of a small electric motor integrated into the transmission and a battery pack, the Atlas would become quite interesting. The history of Ford Atlas also shows us that the truck might also receive the active aerodynamics of the concept. This would make use of active grille shutters, an active air dam up-front and even a reactive tailgate which would change shape with speed.

All of these should allow Ford to reach up to 40 MPG on the highway which would make this truck simply the most efficient of its kind in the World. Most other things on it such as the interior or even the running gear are not going to be as impressive. In fact, considering that the Atlas is expected to be just another version of the F-150, it should be quite similar to the regular truck.

Do you love Bronco? Rumors about 2017 Ford Bronco !

How much is the Ford Atlas?

“Depending on the truck edition, the price is expected to differ ranging from USD $27,000 to USD $53,000. The 2016 Ford Atlas Concept release date is not yet clear but sources say that it may hit the market sometime next year.”
~wikipedia