Home
Accessories
20 Hilarious Number Plates To Get You Giggling 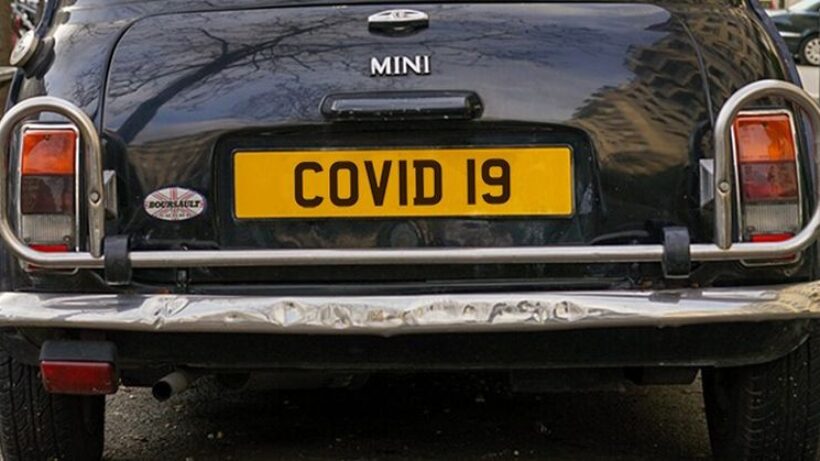 No one loves sitting in traffic, but witnessing hilarious personalised plates that make you laugh out loud makes it bearable.

People are exceptionally witty; here are a handful of our favourite number plates from across the globe that made us giggle.

These days it is easier to buy your personalised plates from either the driving authorities or online from places like platesales.com.au.

Australia differentiates between standard personalised plates that must adhere to a particular format and Prestige Plates which are shorter and a little pricier.

The money earned from selling personalised number plates is used to fund road safety initiatives in certain territories, such as Victoria and Queensland.

The driver who came up with this licence plate has a dry sense of humour.

There’s no mistake about it: this is funny.

This ingenious licence plate has been seen racing through the streets of England.

But it wasn’t Santa; we can only assume it was either a driver who appreciates all things Christmas or a cunning method for the police to know he’d been a good kid all year.

While the world waits to see who will be the new James Bond, the actual spy has been discovered on the streets of Cape Town, South Africa. For the uninitiated and the ones living under the rock, 007 is the number of the world renowned spy, James Bond.

We were both laughing and terrified after seeing this registration number plate. The premium number plate on this branded car was truly ingenious and the person who designed the same needs to get a raise.

Let us hope we never learn the answer. 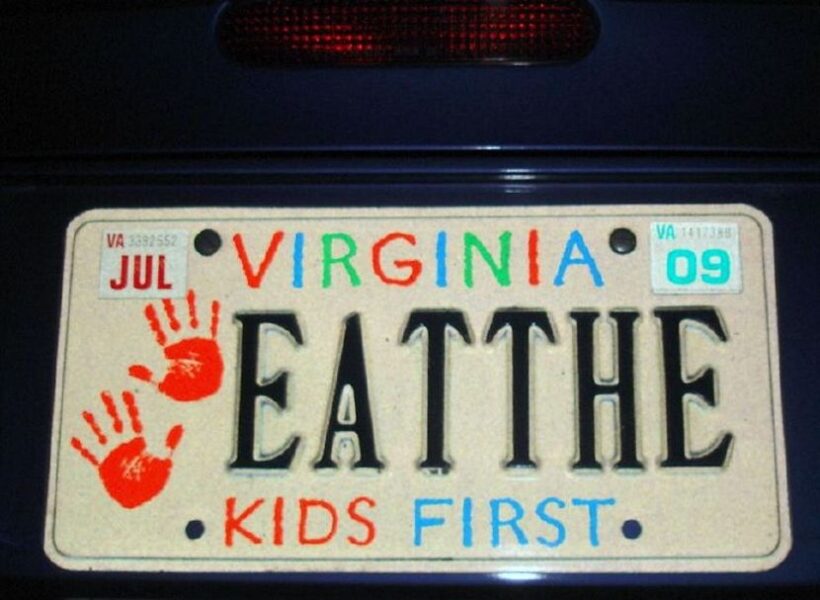 Until you take a closer look, there is nothing wrong with this plate number.

A number plate from Virginia, USA, has been making the rounds on the internet, with many commentators finding it humorous since it was done in such a clever way.

A closer look shows that the number plates say “EAT THE KIDS FIRST.”

The comments that followed were similarly funny.

Shouldn’t this number plate be obvious?

Unless, of course, the personalised number plates aren’t on Ferrari

A Land Rover was observed driving around with these plates, and we have to confess, we thought it was hilarious.

If someone were to ask this driver what car he drives, he could tell them he drove a Ferrari, no lie detected.

This wheelchair-bound disabled motorist takes advantage of his impairment to make us laugh. Professor Charles Xaviour, or simply Professor X is the head of the mutant humanoids in the X Men series. The nobleman who wants everyone to live in harmony is differently abled and takes the help of a wheelchair to move around. The driver has shown impeccable skills during thinking of this

If there was ever a registration number that summed up the smart car, this would be it.

Woody owns a horse, while Buzz LightYear drives a Nissan Infiniti. “To infinity and beyond” is the famous dialogue of Buzz LightYear from the Ty Story franchise which was created by Pixar Studios of Walt Disney. A real masterpiece !!

Now this is actually funny. Noone can ever know just from the external appearances and without any proofs if the car is actually stolen or it is simply just another prank. Whatever it may be, it is good and provided us with a good laugh. You might as well drive as if it were stolen. 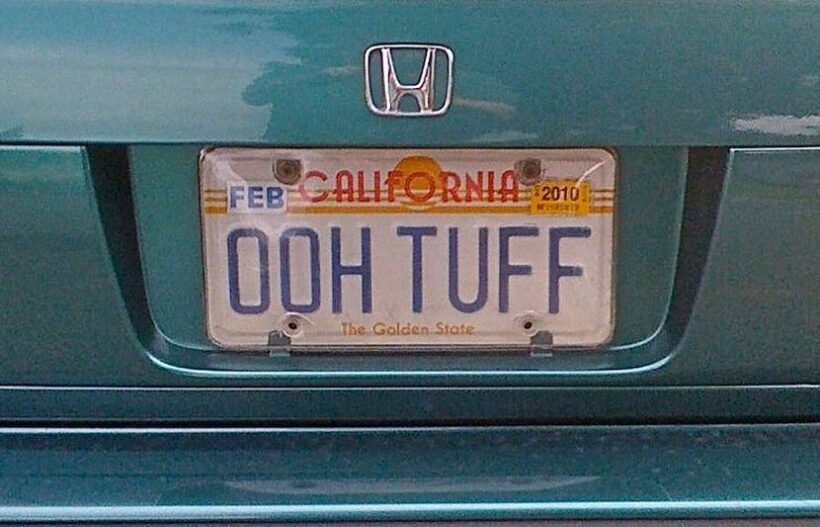 Picture driving down the highway and having this car overtake you. This creative and funny plate cracks me up, and I feel a bit duped. Driving in itself is a tough job, and this man is leaving no trace behind to prove his point. Driving becomes much of a task when more people are in the vehicle, or when you visit the highway or a busy road. I Hope this driver feels better soon.

We have a sneaky suspicion this person is up to no good. The owner of this number plate must have spent a lot of time thinking of such ingenious stuff. Muahaha is the slang for the evil laugh, which makes it clear that the intentions and ideas of the owner are not good and can prove to be actually evil. Drivers, beware!

Driving a Legend, gamers will get this statement. The game ‘Legend of Zelda’ was immensely popular upon its release and was quick to take over the world.

No need to get stopped by the police for speeding, your reason is loud and clear for us all to see. The owner of this number plate has already put out a clear warning that other drivers need to watch out for them as they are already late and would not be held liable for any mishap that is yet to happen.

Many internet users were amused by an image of a car with a clumsy licence plate. The car was parked on its roof, and the nameplate summarised the entire scenario. This surely gave everyone a good laugh.

What a smart owner. The car’s and number plate’s colours are so discordant, but amusing and conspicuous at the same time.

It’s natural to take a second glance to double-check what’s being said.

The owner deserves credit for coming up with something so creative and unusual that it stands out among the numerous cars on the road. 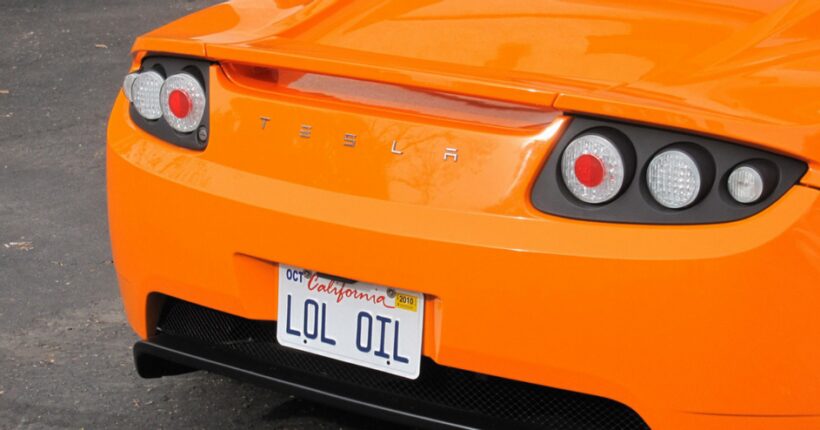 We were all in a tizzy because of this Tesla licence plate.

A brilliant licence plate for making fun of all the other vehicles on the road.

Tesla motors are favoured by those who are interested in emerging technology.

This appears to be someone who is pleased with their decision and wishes for the world to notice their switch from an oil-fueled vehicle to an electric vehicle.

Spotted on a blue AUDI TT, we can all rest knowing we found NEMO. Finding Nemo is a Disney movie and was very popular all over the world. Its fan base consists of everyone, be it adults or kids.

This one had us chuckling—such a funny plate for a plumbing business. As funny as it seems, it surely was a clever move and a bold advertisement, which sends a clear message about their work profile.

This user had an amazing tribute to the famous platform of the King’s Cross Station and to the Harry Potter world. Moreover, the addition of the Hogwarts Alumnus tag added to the humour and beauty of the car. Platform 9 and 3 quarters was the original platform which was used to access the train which carried them to Hogwarts. 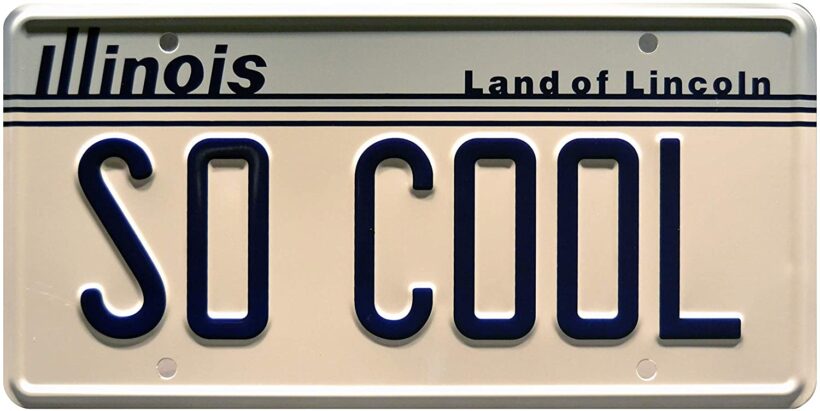 As amusing as these plates are, be certain that when you get your unique plates, you are aware of the rules and regulations in your territory or city. Moreover, be careful of following all the laws and regulations whilst getting a custom-made number plate for your vehicle. Lastly, all jokes aside, kindly follow all the traffic laws and rules while driving and stick to your lane for the safety of yourself and the ones beside you.