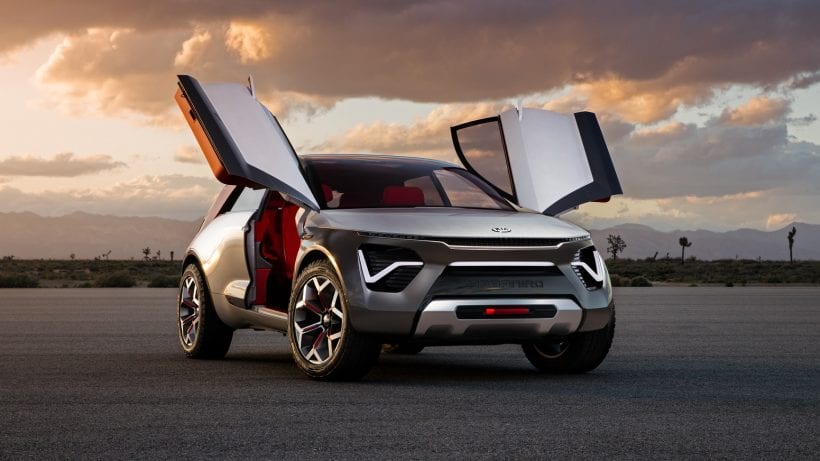 To get ready for the fast-approaching future of the automotive industry, various parts of it have started to prepare their future cars. KIA is no exception of course, as they are one of the manufacturers are concerned with what future brings, and this is shown clearly by the concept called the HabaNiro, which had its debut at the 2019 New York International Auto Show. Read on to learn more.

The amazing futuristic exterior of the new KIA HabaNiro Concept looks very masculine, and the details feel rather thick. They range from all the white on the sides, to the unusual curves all around it.

The front has a real shark-like expression, as it is sharp but also convex at the sides. In addition, the front bumper resembles the teeth of a shark at both sides.

Moving on, the use of LED Daytime Running Lights, DRL for short, means that these lights can glow periodically and give the message of how the car is breathing and alive. 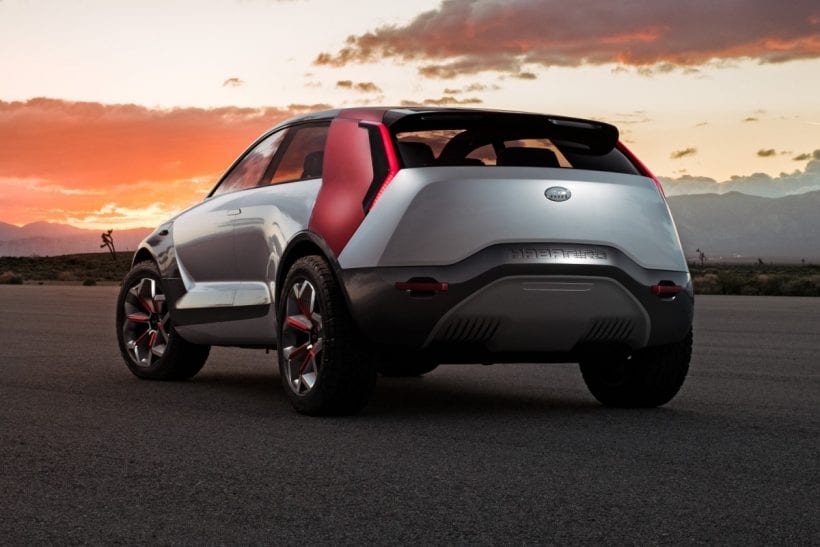 All of the adventurous characteristics of the car can also be seen from the sides, high ground clearance, as well as the use of 20-inch tires. The most stunning thing of the whole exterior is the butterfly doors, and not just the front, but on all four. These open upwards, and it truly looks special and breathtaking.

The back looks bulging, as it is strengthening the masculine character of this concept car. However, at the same time, the curves are also in line with the overall rear bumper that rises slightly. Another special thing is the C-Pillar groove colored in a beautiful Lava Red shade.

The Illumination Lamp feature has had a significant effect on the mood of the passengers and the driver recently. KIA HabaNiro applies the Lightning Color Effect (LEC) technology able to be operated according to the driver’s tastes.

Still, the most interesting feature, however, is the Real-time Emotion Adaptive Driving (or R.E.A.D, for short) that detects potential emotional and stress levels of the driver. This tech will then regulate the cabin atmosphere to the most comfortable option according to the data so that the emotional levels can decrease and therefore reduce accidents.

Last but not least, the car will also have an Eye Tracking System (ETS) with a 180-degree rearview video display. This technology activates when the driver directs his view on the top side of the windshield, after which the rear view can be observed on video. 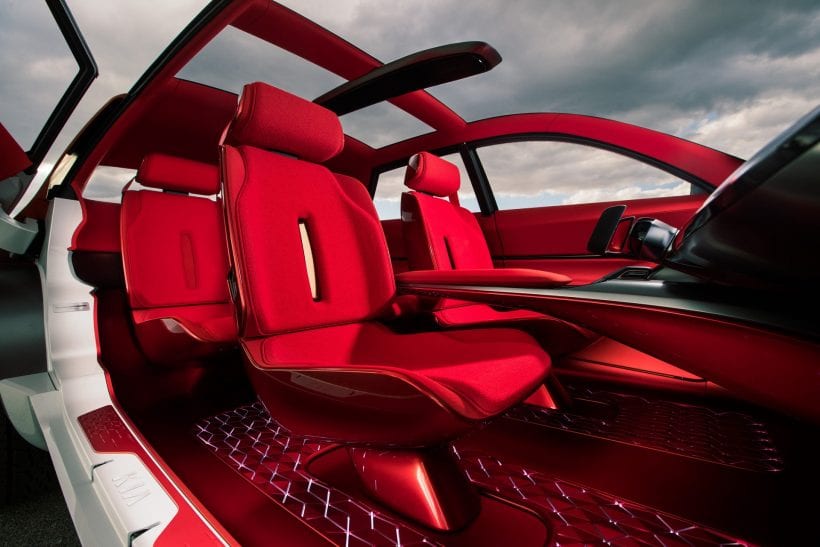 The interior of the new KIA concept will be full of futuristic gadgets and of a clean look, in the same Red Lava color as the back. First of all, it will not have any complicated buttons on the inside, because everything is packed nicely. The head unit panel is actually in the windshield and will be operated using the Touchpad.

Regarding the seats, they are designed in a way to make the driver feel like he is flying, all in order to spice the overall futuristic idea by KIA. The chairs look very comfortable and they have been equipped with a headrest for more head support for each of the passengers. The whole contour of the chairs is designed to match the posture of those riding inside and driving it. 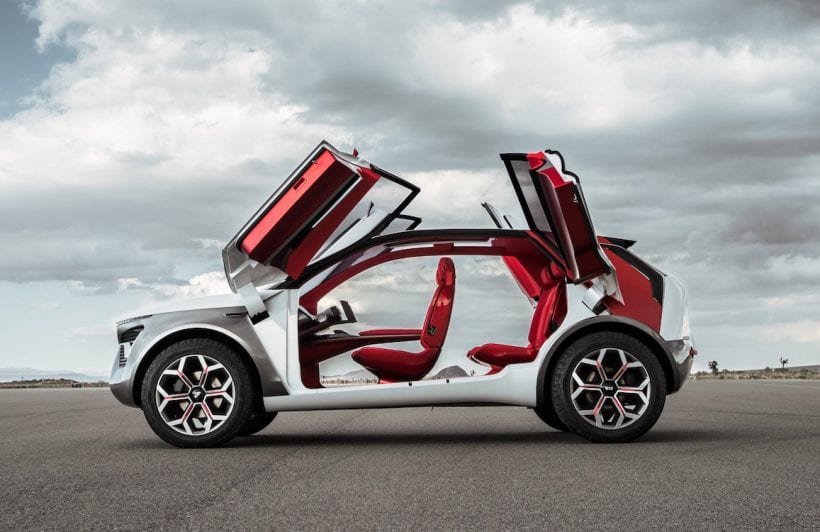 KIA says that the new KIA HabaNiro Concept engine will be complete. The company from South Korea also explained that their brand new car has a fifth level autonomous mode, which collaborates with the electric machines inside it.

According to the report, this futuristic car is able to cover 300 Miles, or around 483 Km, on one battery charge. The company did not, however, specify the charging time, but there are rumors that say claims that it will have fast charging options.