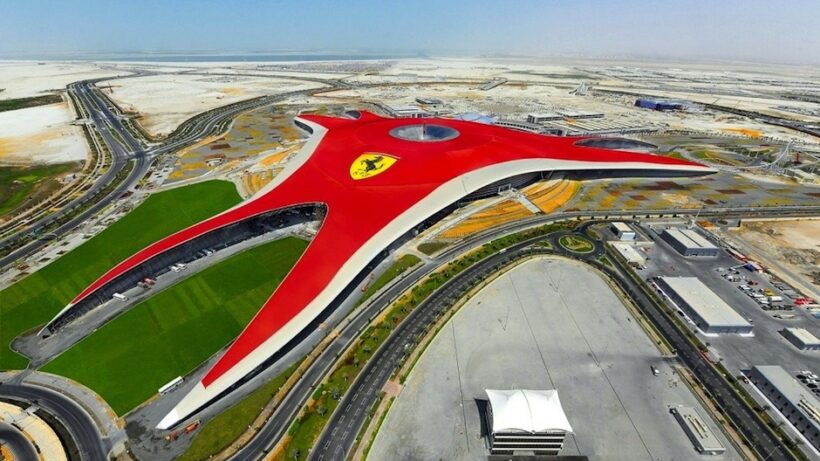 Ferrari is regarded as one of the most prestigious premium sports vehicle manufacturers in the world. The firm began operations in 1947. However, Enzo Ferrari, the company’s famed creator and namesake, was involved in the industry much earlier. He began his career as a racing car driver in Modena, Italy, in 1898. He became an Alfa Romeo driver in the 1920s and won several races, notably the 2nd Circuito di Modena.

Ferrari established Scuderia Ferrari in 1929, which is still the company’s official racing division. However, it originated as a branch of Alfa Romeo dedicated to preparing racing vehicles for gentleman drivers. This occurred when sports car racing was becoming increasingly popular as a pastime for the wealthy and famous, who were the only ones who could afford it.

Carplus.co.uk will tell you everything you need to know about how Ferrari got here. 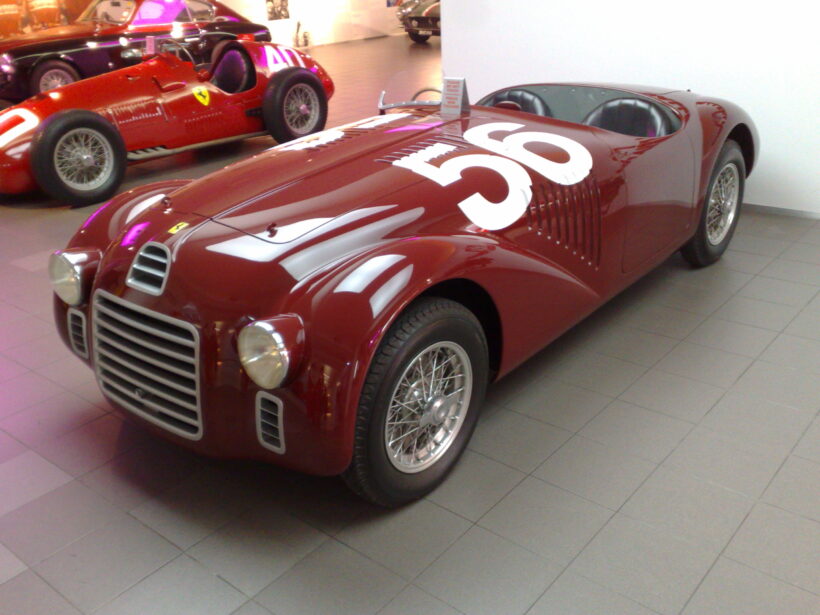 Ferrari launched a V12 engine in 1945, which became one of the company’s trademarks. The first Ferrari model, the 125 S or 125 Sport, did not roll out of the Via Abetone Inferiore factory door in Maranello, Italy, until 1947, over ten years after Enzo departed Alfa. There were just two models made at first.

In May of that year, the car competed in its first competitive race at the Piacenza Circuit, winning the Rome Grand Prix on the 25th. The car was supposed to be released earlier, but due to the impact of World War II, the timetable was pushed back. Following the bombing of the Modena facility, the firm relocated to Maranello and established the iconic factory that it still operates today.

The 1960s were a period of transition. Members of the corporation, notably head engineers Carlo Chiti and Giotto Bizzarrini, left in 1961 to start ATS, a new auto business. At the time, they wanted it to be a direct competitor to Ferrari. Disagreements regarding Enzo’s wife Laura’s significant engagement in the company’s management were said to cause his departure. 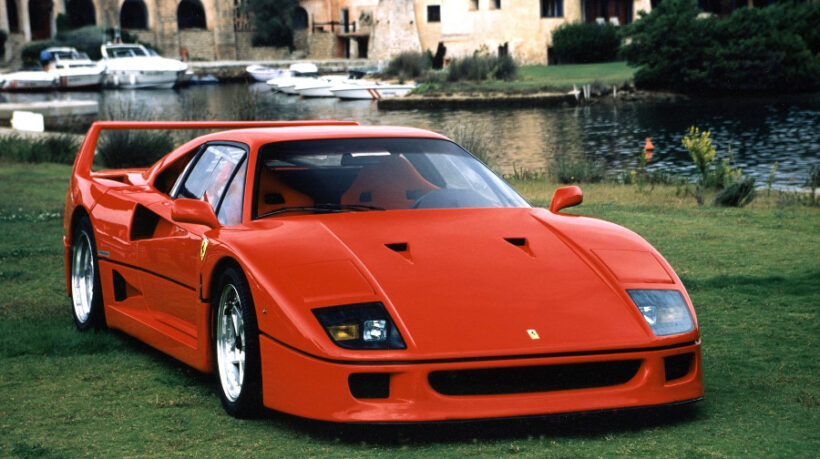 In the late 1960s, Enzo realised that the company required a partner to stay profitable and grow in the face of competition and market constraints. It found one in the Fiat Group, which bought a 50% share in the company in 1969.

The F40 was released in 1987. It would be Enzo Ferrari’s final model design. He died at the age of 90 the following year, and the Fiat Group expanded its interest in the company to 90%.

Following Enzo’s death, Luca di Montezemolo was named Ferrari’s new chairman, serving from 1991 to October 2014. Sergio Marchionne, the current CEO, succeeded him, and plans to split Ferrari from the Fiat Group were announced. Ferrari N.V. became an IPO in 2015, with a market capitalization of approximately $10 billion, and was listed on the New York Stock Exchange and the Milan Stock Exchange in 2016.

Ferrari is primarily associated with its symbol, the Cavallino Rampante or prancing horse, and its brilliant red colour, in addition to manufacturing some of the best and fastest cars in history. The red colour was simply a matter of custom. International motor racing cars from Italy were required to be painted red by law. It was no longer essential after the 1960s, but Ferrari wanted to honour the tradition and preserve it. It is now a part of the overall image of the company. Ferrari red is so popular that it was used by at least 85 percent of Ferrari owners in the 1990s.

Count Francesco Baracca, a war hero, was the inspiration behind the renowned logo of the black prancing stallion on a yellow background. During the war, Enzo was a member of the Italian army. Barracca was an Italian air force pilot during World War I, and his plane had a painted horse on the side. The horse was red on the plane, but it was black for the Ferrari logo.

Now and again, Ferrari introduces a new generation of one of its flagship vehicles. They are usually introduced to coincide with an anniversary and represent the pinnacle of what Maranello could achieve with its road cars. The fact that these models are typically produced in restricted quantities means that they can command exorbitant prices.

Ferrari has produced five generations of supercars in their time: the 288 GTO, F40, F50, Enzo, and LaFerrari, all of which are still in production. Each is well-regarded in the automotive industry for their distinct personalities and adherence to the traditional Ferrari style. Collectively called the Big 5, they represent the very best of Italian engineering, with the Enzo being the last car designed personally by old man Enzo Ferrari himself. 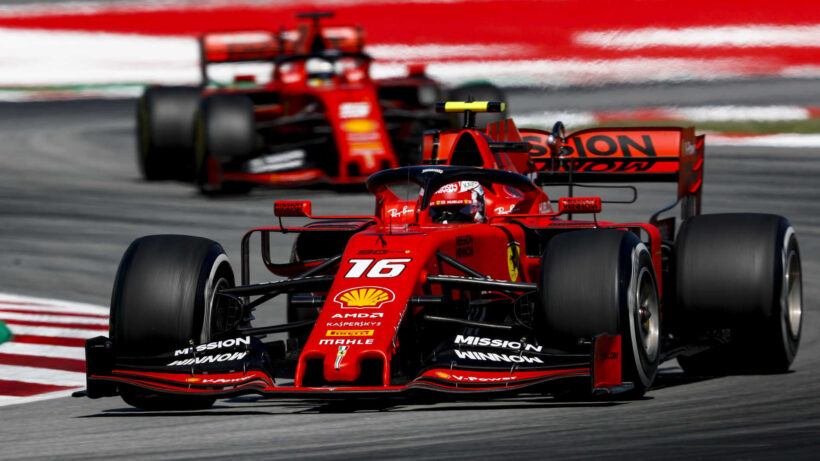 Although Ferrari is most known for Formula One racing vehicles and the usage of racing technology in streetcars, the firm has moved into a wide range of other industries through the years. In the near future, there will be Ferrari World parks in Abu Dhabi, Spain, and China. Cologne, clothing, watches and other accessories were also released by Ferrari.

There are new five-year strategies and models being developed by the business. For Ferrari’s 70th anniversary, the “exclusive, collectors only” line and the LaFerrari flagship model were unveiled to the general public. For the time being, Ferrari has no plans to sell SUVs since they don’t believe they can combine power and drivability while still providing the emotions they desire in a car this size. A collection of Ferrari road and race cars, old and new, is on display at the museum in Italy. Moreover, Ferrari is the only automotive firm to have its own racetrack dedicated to testing cars.

The last decade has also seen Ferrari explore biofuels. Ethanol is the fuel of choice for the F430 spider, which Ferrari has been using for the better part of the last decade. The ‘HY-KERS concept’ is a hybrid version of some of the company’s most popular models.

Ferrari is one of the most recognisable brands in the world. Since its inception, the Italian automobile manufacturer has received over 5,000 awards and competed in races worldwide. Their reputation is based firmly on facts and performance, and if you look at the lineup of their supercars, you won’t be able to disagree. You may also want to know how to buy luxury cars.