Renault has unveiled the new Grand Scenic minivan, which will be available with five or seven seats.
Who says that the minivans are boring? New Scenic proves the opposite, and its big brother with the prefix “Grand” confirms the fact that the vehicles of this class can be very attractive. A Larger version is virtually of the same design inside and outside. Compared to the model which it replaces, Grand Scenic is significantly bigger with 75 millimeters more in length, 20 millimeters in width and 15 millimeters in height. The wheelbase is longer for 35 mm, which makes the total of 2.8 meters.
Just like it is the case with smaller Grand Scenic, the larger Grand Scenic will also be offered with standard 20-inch wheels through the entire range. Renault’s new model received slightly more crossover attributes, which is reflected in the additional 30 millimeters of clearance so that it now amounts to a total of 160 millimeters. Don’t think that you will be able to conquer many off-road paths with this setup but still it is enough for daily use.

Thanks to its larger dimensions, the new Grand Scenic has a trunk capacity of 718 liters VDA for the five-door variants (equivalent to 765 liters), which is an increase of 40 liters. When you push rear seats forward to the maximum, the available space is growing at a massive 886 liters VDA. That’s not all because, through the entire cabin, there are numerous compartments for storing things, with a total volume of 63 liters.

The power comes from the same range of turbo gasoline and diesel, which have already powered them in standard Scenic: 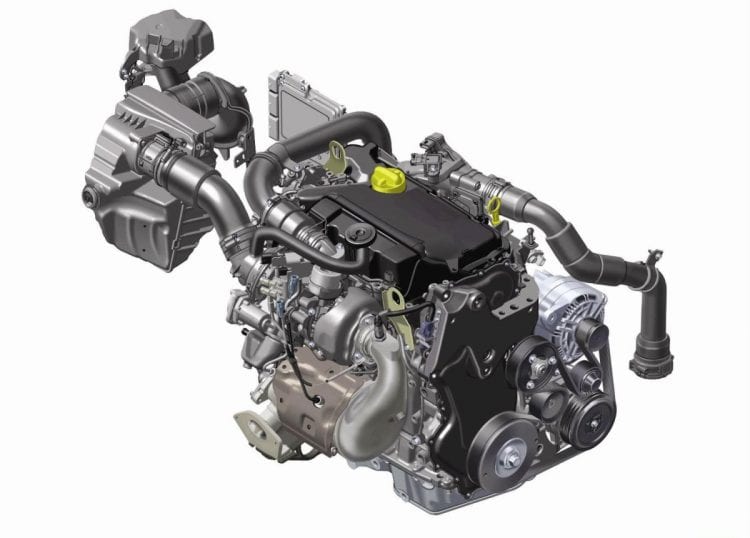 As for the interior, there is already known D-Link 2 infotainment system with a display of 8.7-inches in portrait style. We also get a Bose “surround” audio system known from Espace and Talisman. 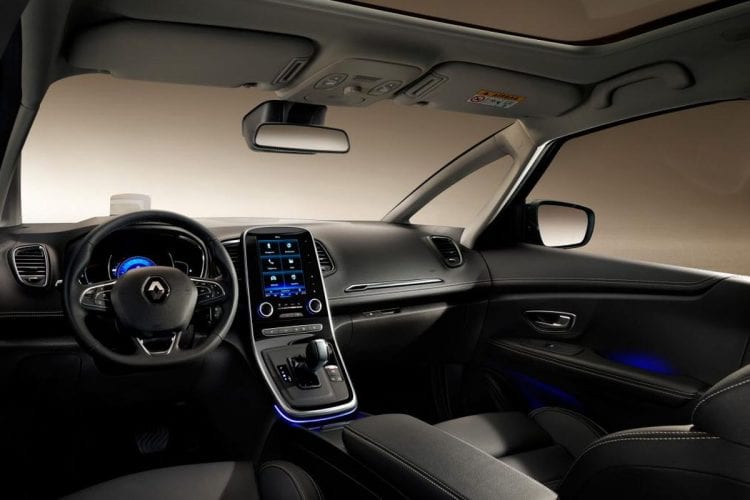 In the field of safety, Renault Grand Scenic will offer numerous of assistance systems such as lane watch, fatigue detection, and there is also be available the active brake system in case of an emergency.

Both versions of the Scenic will be on the market before the end of the year.