When it comes to iconic cars, they don’t come much more iconic than the legendary Ford Mustang. The thing is, one car has always lived in its shadow, in terms of popularity at least. The Ford Torino was a vehicle produced by the U.S. carmaker in the period between 1968 and 1976. It was originally described as “Ford’s brightest idea” but that didn’t turn out the way they wanted it to. The Torino was created with the sole purpose of replacing the popular Fairlane. It was meant to offer more power, style, and beauty. The Fairline moniker, however, stayed until 1971, with the Torino name being used on a lot of different body styles. This was the vehicle for the new generation, a car aimed at different buyers if you will.

Still considered as a sports sedan, the very first Torino was a lot larger than the Fairlane. It had a new roofline in the shape of a fastback and a two door design with hardtop, called just a two door formal roof. From the very get go it had a lot of power.

Thanks to a wide array of V8 engines on offer, ranging from the small block 302 all the way to the big block 390 and the 428 Cobra Jet, it certainly didn’t lack any power. With all of the standard equipment, it came it didn’t lack any comfort either. The first Torino, 1968 one, was offered in several different styles. It came as a two-door fastback, a two/four door hardtop, in station wagon form and of course as a two-door convertible. If you think that the 1968 Ranchero looked similar to the Torino, that’s because it was. Well, the front end anyway, but only for 1968. The Fairlane moniker was now an economy version of the Torino. Although still a capable car, it lacked the design, standard features and interior elements of the Torino. 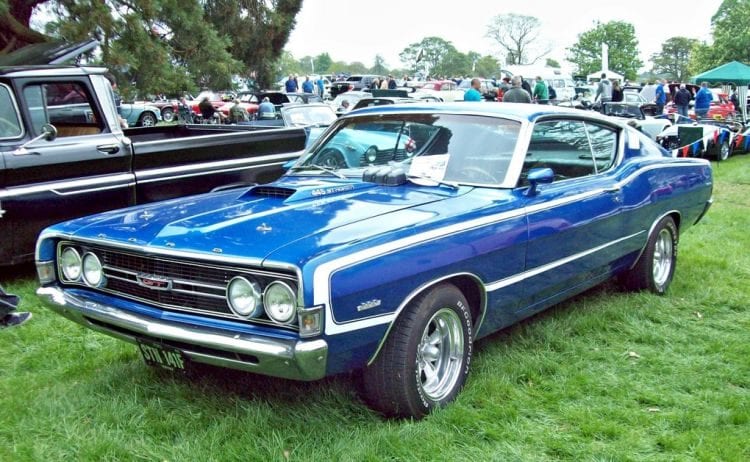 Then you had the Torino GT. It was an upscale model of the Torino. For 1968 it offered a standard decal stripe, differently styled wheels, wide oval sports tires and the mandatory standard V8 under the hood. You had the option of a four-speed floor shift on one of those. Although not many around, if any (we’ve yet to see one), the brochure indicates that the 1968 Torino was available with a 427 cubic inch Cobra V8 engine, fitted with a four barrel carburetor and hydraulic lifters. Impressive for those days and would be fantastic to feel all that power today. 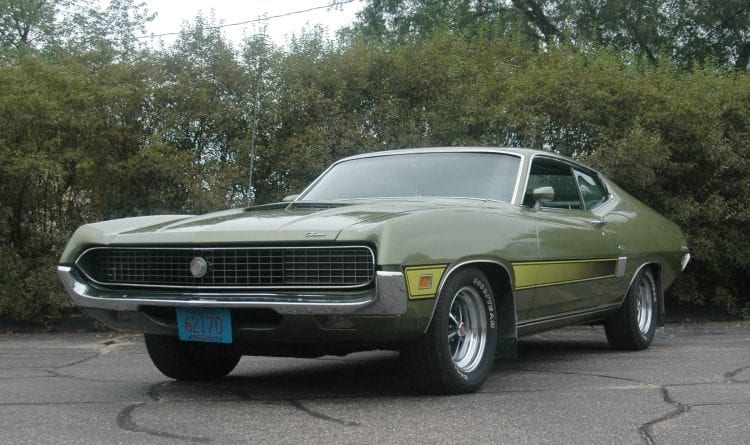 The 1969 Torino carried mainly the same lines and designations as the car from the previous year. In addition to other various models, 1969 saw the introduction of the Fairlane Cobra, a car which would be considered a racing legend in years to come. Built solely for speed, as told by the Cobra name, the Fairlane Cobra featured one of the best “showroom stock” performance engines ever fitted to a road going car at the time.

It too was available as a two-door hardtop and a fastback roofline. As you can guess by the name, standard equipment included the beastly 428 four barrel Cobra Jet big block. The carburetor had an incredible 735 cfm. With such an engine under the hood, the Cobra was able to boast with 335 hp and 440 lb-ft of torque at around 3,400 rpm. The Cobra featured a floor-mounted four-speed transmission, dual exhaust, stiffer suspension and bucket seats among other things. If this still wasn’t enough, you had the choice of fitting your Cobra with a ram-air with a functional hood scoop and a “Traction-Lok” differential. 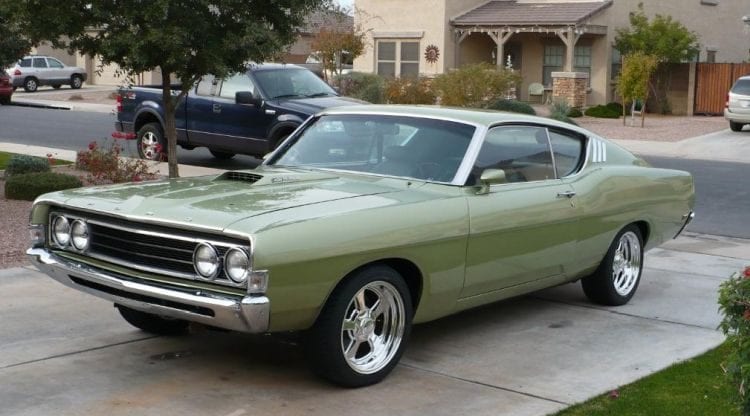 The 1970 and 1971 Torinos had a completely different body style. The Torino became much lower, longer and wider with more aerodynamic lines. The 351 Cleveland engines were introduced in 1970, and so was the 429 Thunder Jet, Cobra Jet, and Super Cobra Jet. The 429 Cobra Jet made 360 hp or 365 if fitted with the ram-air. One of the most exciting options on the Torino was the flip style headlights. They would open when driving and hideaway when not in use. Very modern for 1970, something not many cars offered. The Torino model was as strong as it had ever been. Not only was it well received, but it was voted Motor Trend’s car of the year for 1970. 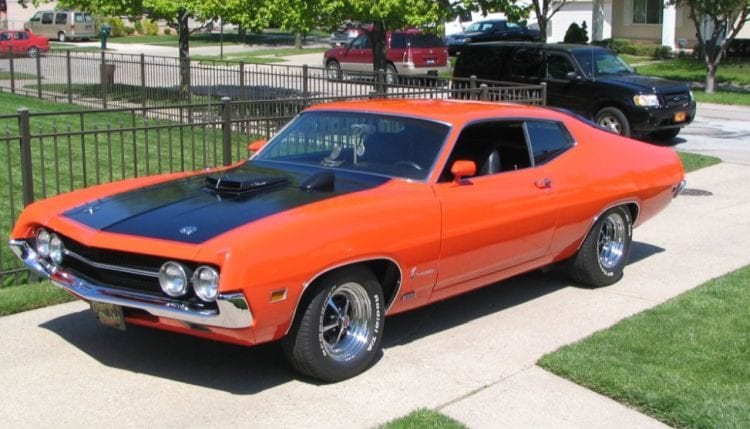 1972 saw a brand new Torino again, at least looks wise. It had a futuristic design, and it deviated largely from the previous norm. The “fish mouth” grille looked masculine and aggressive, so it’s no wonder it captured the hearts of the general public. Sticking to 70’s philosophy that more is better, they fitted it with even more metal to make it safer. 1972 saw the elimination of the convertible version but maintained the rest of the model line-up. A new trim titled “Gran Torino” was introduced and so was the “Gran Torino Sport”. 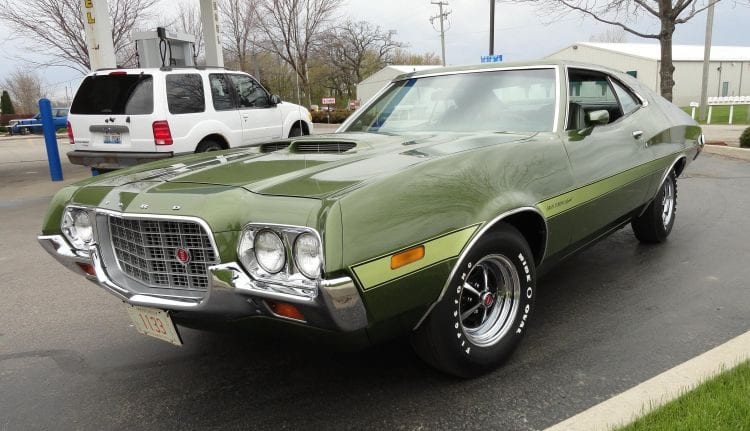 The 1973 Torino kept the same body style and options from last year, with only some minor changes for the front fascia. They were offered mostly to meet the new safety regulations however and had nothing to do with cosmetic tweaks on their own. This affected the front fascia with a flatter and squarer grill, but it didn’t really look that much different. 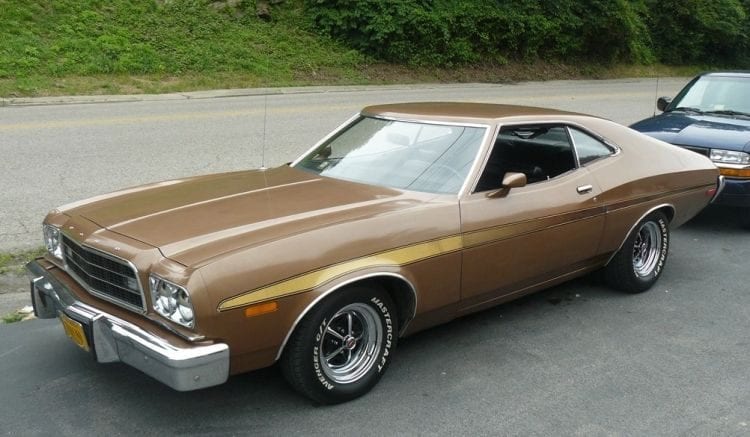 Ford kept their evolution going with a brand new Torino for 1974. It was similar in body lines to the previous Torino, but it had a new grille and a different front clip. The Torino slowly became a luxury vehicle with the performance options disappearing from the list. They were still fast, but slightly more oriented towards the laid back, more casual driver rather than the racer or the enthusiast. Up till 1976, nothing significant changed, with only a few tweaks here and there being introduced.

The pinnacle of the car came when a 1975 Gran Torino was used in the popular TV series “Starsky and Hutch”. The bright red models with the signature white stripe became iconic and a tribute to the Torino, making sure that this great model will never be forgotten. We also saw it in few other movies and certainly one of the most popular is the “Gran Torino” from 2008 with Clint Eastwood. 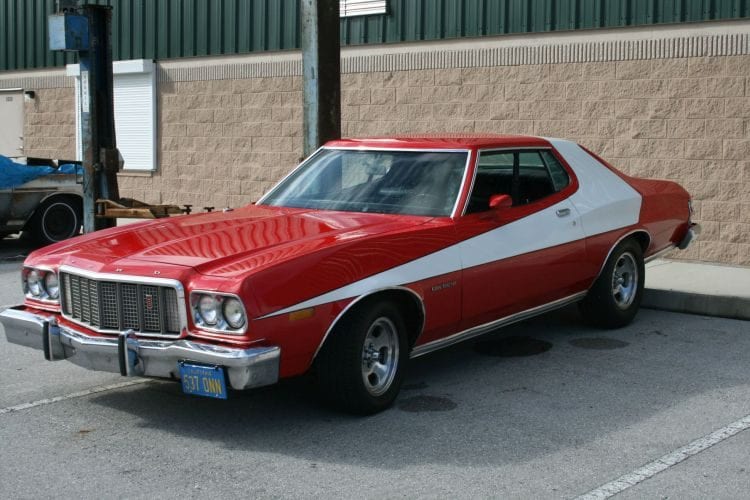