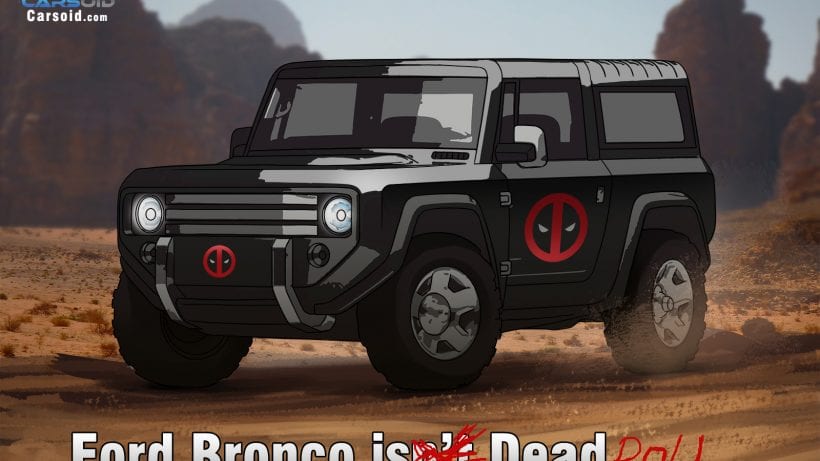 First Deadpool movie was an incredible success, and to be honest, no one ever thought that it would reach almost $800 million at the box office. While we are sure that actors Ryan Reynolds, T.J. Miller, Morena Baccarin, Stefan Kapicic, director Tim Miller, and the rest of the crew, hopped to see good results, this was even better than in their wildest dreams.

One thing that proves how popular this film was is the fact that the fans made a Ford Bronco Deadpool 2 edition. The picture you can see here is captioned hilariously saying Ford Bronco is Dead(pool), referring to the fact that iconic SUV from Blue Oval brand was absent from the market for a couple of decades. This was made to celebrate the release of the second movie in the franchise.

As we all know, Deadpool is a part of Marvel cinematic universe, but prior to that, from 1991 he was present in comic books. Because of this, it isn’t anything strange to see that the image that we received was done in that manner, as a part of a comic book.

We are not sure how would Wade use the Bronco but we are pretty certain that he would chase down the bad guys with it, maybe even ran over some of them. Another thing that we are not sure about is who would be his passengers as there is plenty of room to bring few more people. Maybe Dopinder could drive Deadpool, on the other hand, we wouldn’t be surprised to see our favorite R rated superhero giving the wheel to Blind Al.

Anyway, after a great success of the first part of this franchise to be, the whole crew is hoping for the sequel to fare even better with critics, public and ultimately, the box office. Original movie made it to the first position of R rated films with $783 million, and it took over from The Matrix Reloaded with estimated earnings of $742 million. Judging by the success of the first one, many are suggesting that this release will again shatter the box office records, at least for the R rated projects. 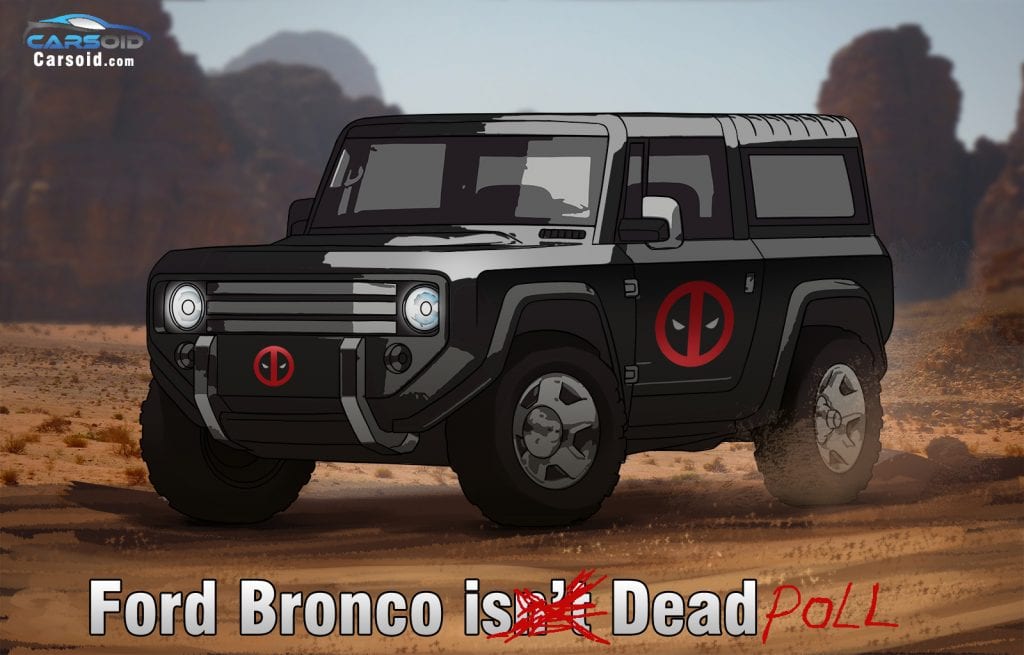 Tell us what do you think about this Ford Bronco Deadpool edition? Would you drive it or take it for a spin with our favorite bad boy superhero?