The news of the new Bronco being manufactured and expected to be introduced to the world awoke other stories about the legendary vehicle. One of which is about the first Bronco ever made. The key piece of the story, other than the car and its owner, is Seth Burgett who owns the Gateway Bronco. The company was founded this past summer in Hamel off Route 66, and since then, Seth has been a busy man.

He has been dealing with preserving, restoring and updating the 1966-1977 Broncos and by doing his job meticulously he has received a lot of attention from the enthusiasts of the Ford Bronco. More attention means more business which means more cars which lead to a unique vehicle. 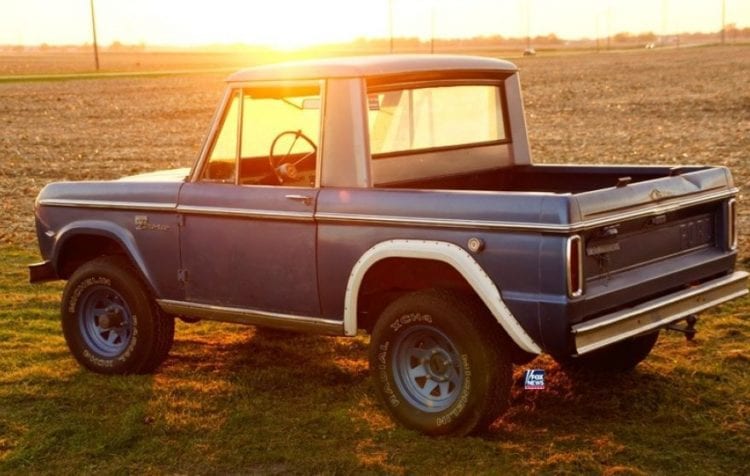 Luckily for Seth, a man named Vinnie Yakubanski was interested in selling his 1966 Bronco when he came across an article from Fox.News.com about Seth’s company. Burgett received a photo of the vehicle’s VIN plate along with the message from Yakubanski that said, “First Bronco, are you interested?”

What Burgett did not know at the time is that this vehicle had more history to it than he could have imagined. In the 1970s Yakubanski was working as a partner at a Ford dealership in Alpine, Texas. The company had many clients, but it also serviced the truck for a supervisor at the Christmas Mountain Land and Cattle Company. The man who owned it was Carroll Shelby. Does that name ring any bell? He turned out to be one of America’s most famous car designers best known for his Ford Mustang involvement. 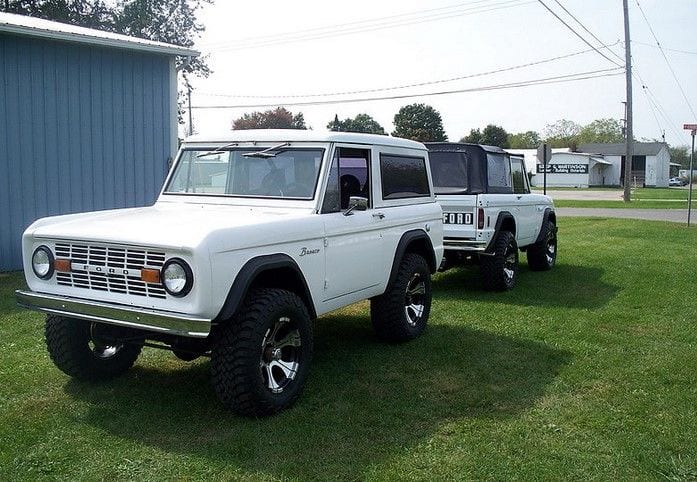 At this moment it is unclear whether the legendary designer bought or received the truck as a gift, but he certainly did own it. Not long after, Shelby made some significant changes to the vehicle. The biggest change was replacing the three-speed Bronco inline-six engine by the Mustang’s Hi-Po 289 V8 along with new custom plumbing and exhaust system. The rear fenders were also cut in order to install bigger tires. Shelby also used some parts from a Sport trim package, but that must have been later since they were not available at the time. These parts do not entirely match those from the factory so it means that they might have been custom parts or prototypes.

The truck was stationed near Shelby’s racing operation in California after which it was on the ranch in Texas until 1978. Shelby decided to sell the truck and get the new full-size Bronco and Yakubanski was there to buy it. The vehicle cost $100 Yakubanski with the odometer showing 1.9 miles. It is obvious that it has been disconnected and remains to be so. The new owner purchased it not knowing its value being the first Bronco. He was only thinking that he was buying a cool-looking truck which later turned out to be something more. The VIN that ended with 000 was first spotted by a local mechanic who was also interested in acquiring the vehicle. 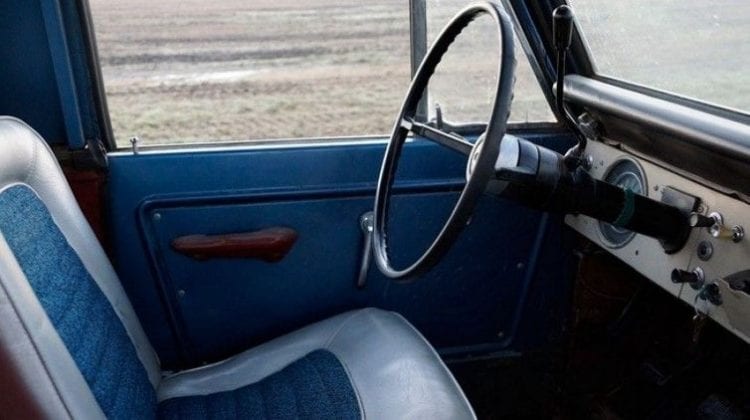 The truck got repainted in gray and blue like the 1979 F-150 that Yakubanski also owned. The interior was also upgraded to match the new paint job, but the mechanical parts weren’t significantly changed for the next 25 years. The car and the first owner had another encounter when Yakubanski drove Shelby in it during the parade. Shelby afterward confessed that he might have been wrong for selling the truck.

It was not until a decade ago or so that Yakubanski decided that the time for restoration of the old Bronco had come. Unfortunately, he could not devote that much time to the classic’s renewing because he had to work and the vehicle has been sitting in a barn since then. Yakubanski retired two years ago and decided that the Bronco should be refurbished, but this time he wanted to do it right, and that is why he got in touch with Seth Burgett. 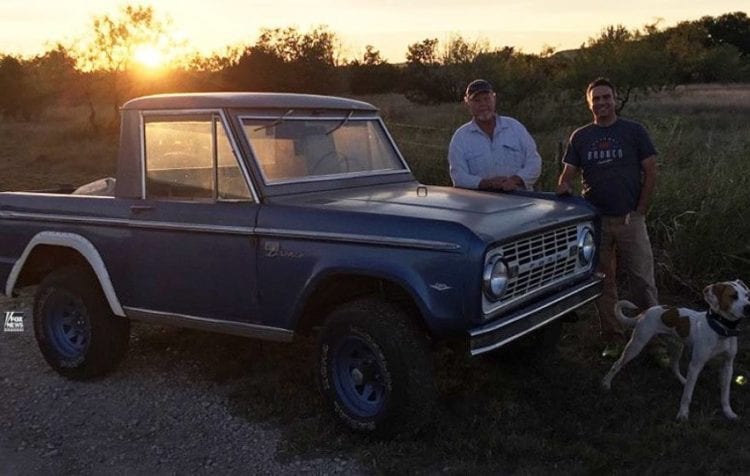 The price of the restoration is unknown, but it could involve large numbers because the experts estimated the value of the refurbished Bronco to be over $100,000 without breaking a sweat. Just a little reminder, the second owner bought the truck for $100. The vehicle is currently being worked on at Gateway Bronco, and it will be stripped down to its original red paint. Burgett does not plan on giving the truck back to Ford as he wants to research its history further and make the documentary and book about it, of course, involving Yakubanski. After that, the Bronco will be introduced on a series of automotive events which should also promote Seth’s Gateway Bronco company.