Home
Engines
What’s the Difference Between DD13 and DD15 engines? 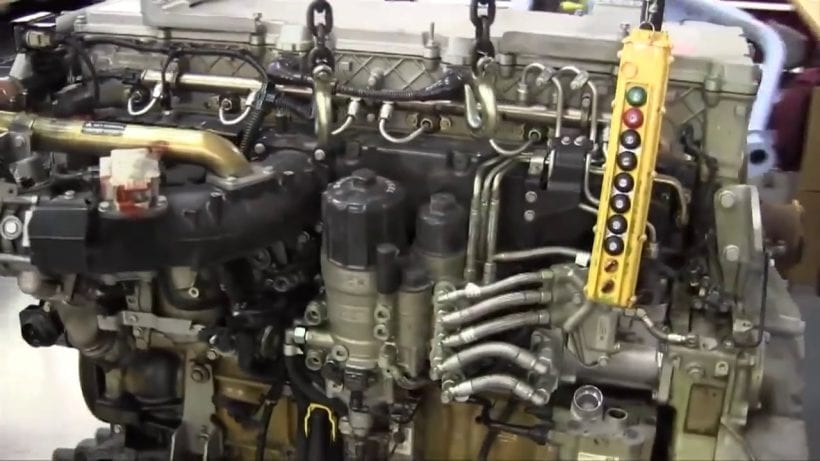 There is a lot of competition between the DD13 and DD15 engines and for a good reason. Both of these products are very impressive but is this time to decide which one of these is the best option.

Driving a truck across the plains of the United States is a unique type of job that pays very well, requires a lot of focus to stay safe on the road and it is plain fun to drive a machine that big with so much power. Unfortunately, not every truck is equal. Some of these machines are equipped with weaker engines and others are equipped with very powerful engines that deliver a wonderful performance. There is a third kind that is simply underpowered and makes the entire driving experience awful.

An underpowered truck is unacceptable. The entire point is to have a machine that will reliably take you from one side of the country to the other while providing you with comfortable driving experience.

I assume that you had a bad experience yourself which is why you decided to find an engine that will truly make your machine shine. Well, you have certainly come to the right place. In this article, I am going to talk about the DD13 and DD15 engines both of which are very powerful with over 1000 pound-foot pork and over 400 horsepower.

Even the decision of picking between the DD13 and DD15 is still difficult. To help you with that, I am writing this article to show you do the biggest differences between these two very powerful engines. 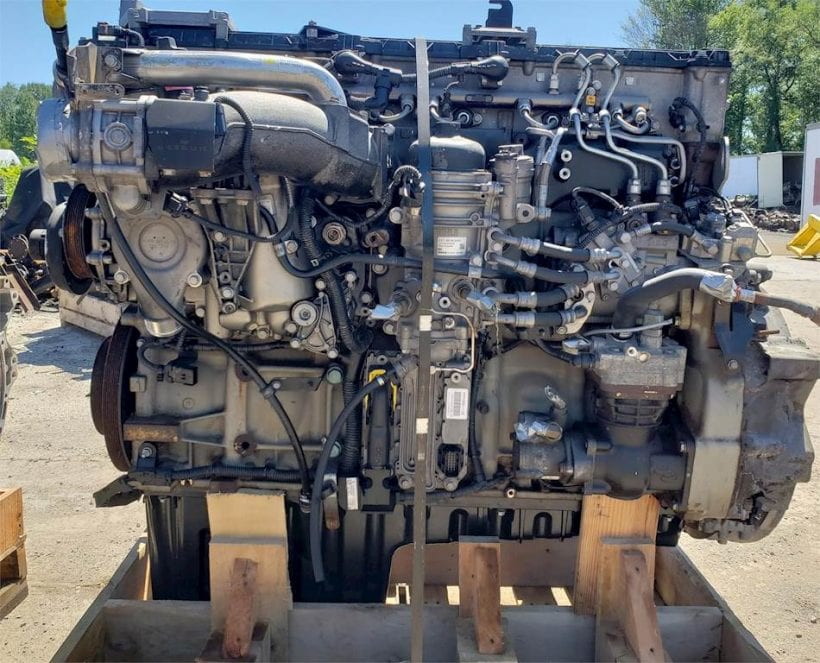 This motor was first introduced in 2010 equipped with the latest technologies and with the promise for a very fuel-efficient design. Naturally, over time, it was updated several times or even combustion efficiency, fuel economy, and more power. But, let us get into details on the performance of this beautiful motor.

Let us get something straight. Currently, on the market, there are motors that are more powerful and more fuel-efficient, but probably at a much higher price. And, it is not just about the performance of the product is able to deliver. The driving experience combined with the performance is what many drivers are looking for. Well, the DD13 delivers in both of these segments.

As you can see, this is a powerful product, but what makes it even better is that it requires a lot less shifting well driving down the road because it provides a very wide torque curve. In other words, you will have the torque you need in every gear you are currently in. You will not have to shift or downshift into a lower gear just to get that extra bit of power you need to overtake or to avoid a dangerous situation.

I also love the fact that a lot of effort has been put into the engine break to ensure that the brakes have a longer lifespan. You probably need something that will stop your truck in a matter of seconds while maintaining the health of the brakes. Well, the DD13 provides exactly that.

Like I already said, it is not always about the power an engine can deliver. There are motors out there that have over a thousand horsepower, but that does not make them good for a truck that needs to whole cargo thousands and thousands of miles across a country.

Well, Detroit claims that they have worked a lot on the spreader to deliver the best fuel economy possible. I have to admit that they have certainly invested a lot of time to optimize the fuel efficiency of this motor as much as they can. Since there is a lot of power even under 1000 rpm, a driver is not required to drive in a lower gear for that extra power. Even higher gears can deliver the performance you need under 1000 rpm which is honestly rare in a lot of truck engines.

Whenever you buy an engine, it is very important to determine whether there are enough experts to repair or maintain it. Well, you can click here and see that there is a huge availability for parts of both the DD13 and DD15. 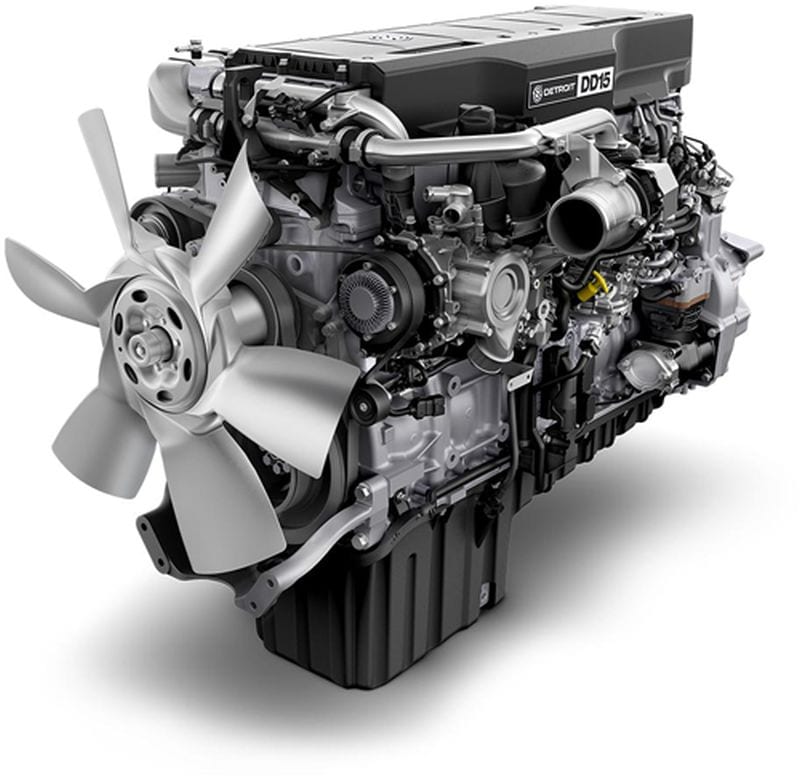 Think of this one as the older brother of the DD13 because it is exactly that. It is very similar in both performance, fuel economy, and even serviceability. They were both introduced to the world at the same time.

However, there are still important differences between these two that are worthy of mentioning.

The horsepower on this motor has been bumped to 400 which is about 50 HP more than its little brother. But, it goes up to 505 HP which has stayed the same. However, that “small” bump of 50 HP is not insignificant. The lower torque range has increased from 1250 to 1550. This is quite an increase in the torque range. In other words, the lower RPM range will provide a lot more torque than its smaller brother. You can ride on the top gears as much as you want to because you will not have the need to downshift most of the time.

Keep in mind, the higher end of the torque range has been reduced to 1750 because it weighs at least 100 kg more than the DD13. But, I do not think that will be an issue, at least for most drivers.

There is not much to talk about the fuel efficiency of the DD15 because it is very similar in that matter with the DD13. But, I do have to mention the improved water pump and the cooling efficiency of this water pump which very effectively reduces the heat that is produced by the engine.

As you can see, both of these engines are quite powerful and come with great fuel efficiency. Whichever of these you pick, you will make the right decision.