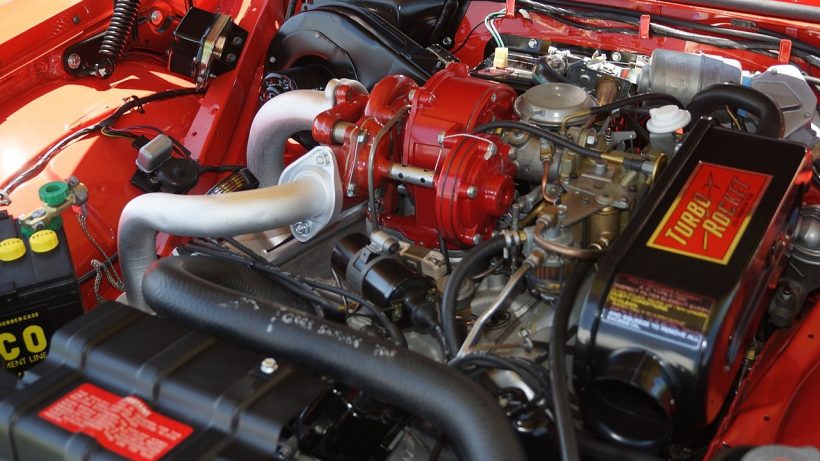 Before we started to adopt the more modern ways of forced induction in the form of turbocharging or supercharging, the quintessential technique for developing more power was to plonk in a big block under the hood period. Big and Lumpy high displacement V8’s sit at the very core of American Automotive history and even till very recent times most high-performance vehicles boasted of some decently big displacement numbers even if they were running modern forced induction setups.

As we move towards a more environmentally conscious future though, engine sizes seem to be shrinking rapidly in order to make for a more efficient powertrain setup, but one of the other major reasons for shrinking displacement is the quest to compactify the powertrain for better performance.

Most manufacturers, as indicated by CarHP are now striving for more compact engine setups by opting for 4 pots and V6’s to eliminate the added weight caused by a big displacement V8, but what is surprising is that if we flip back some pages of our history books, we do find some strangely compact V8’s in some very unique vehicles. Don’t believe us? Keep Reading! 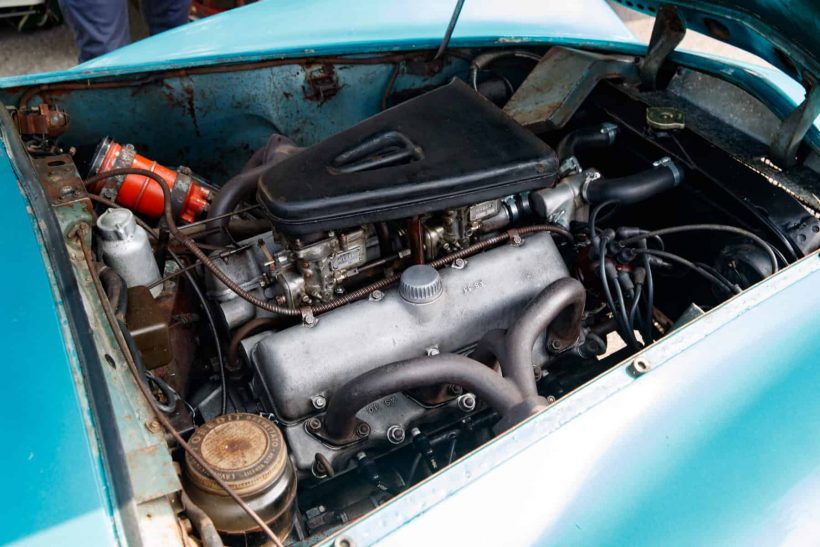 Although most modern Fiat’s carry the tag of being mass-oriented point A to point B vehicles, the Italian manufacturer does have some distinct gems lurking in its history that would make most enthusiasts go weak in their knees. One such desirable classic from the ’50s is the Fiat 8V that had its bodywork sculpted by multiple renowned coachbuilders such as Zagato, Ghia, Vignale amongst the most notable.

Although the striking bodywork was one of the Fiat 8V’s key features, its engine was definitely the headline grabber. Powered by a minuscule 2.0L NA V8, the 8V developed a healthy 127 hp and 103 lb-ft. of torque which was more than enough to help it garner success in the GT championships that were held between 1952 -1959. 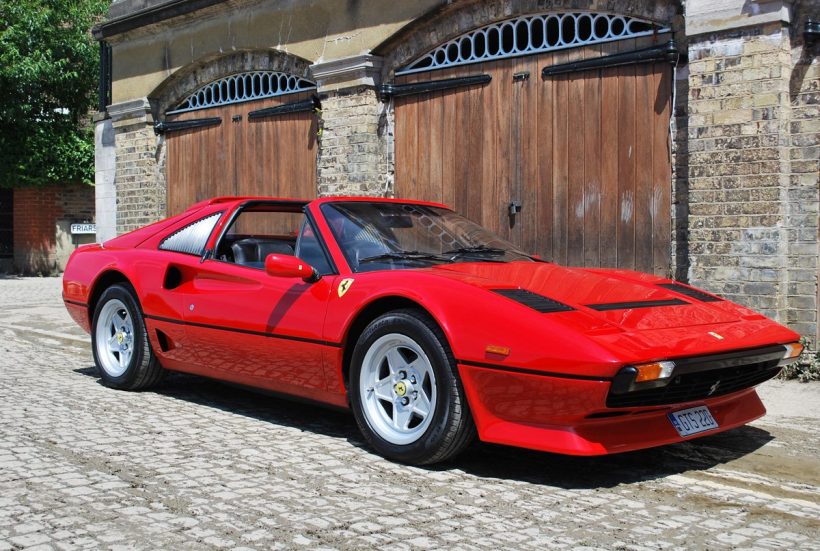 The Italians sure loved compact V8’s in the past as even the most flamboyant car maker out of Italy couldn’t shy away from using one. The Ferrari 208 was one such example that got a 2.0L NA V8 for the 1980-81 production year which pumped out a healthy 155 bhp and 125 lb-ft of torque.

This absolute bomb of a unit was so successful that Ferrari managed to not only sell-off over 300,000 examples of the same but also carried it forward to its successor- the Ferrari 208 Turbo. Although only 700 examples of the 208 Turbo ever saw the light of day, it is still interesting to note that the puny V8 managed to whip out over 220 horsepower with the help of forced induction wizardry. 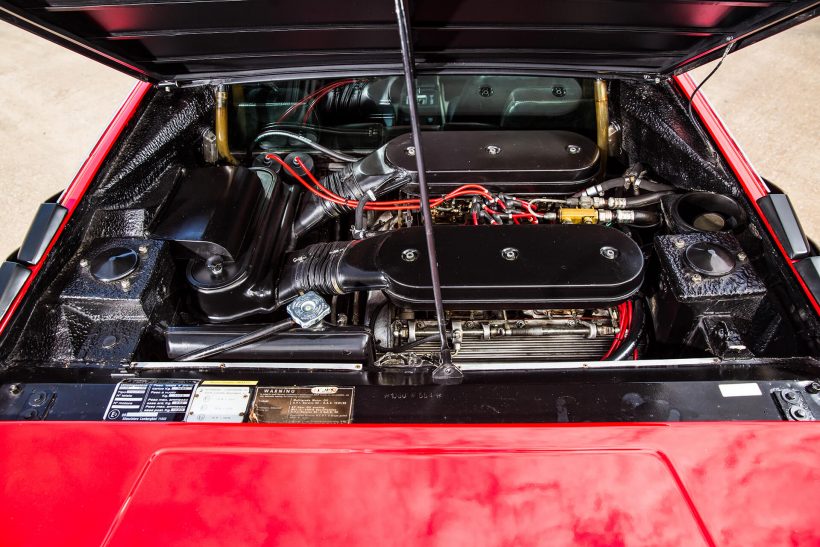 Continuing with another Italian automaker, most of you would be familiar with the innovative icon that was the Urraco, but what some might not know is the fact that a certain variant of the Urraco sported a rather unknown motor. Over 66 out of the total 791 Urracos to ever be produced, sported a high revving 2.0L V8 that spurted out a generous 182 bhp and 130 lb-ft. of torque for the time. This exact variant of the Urraco was dubbed the Urraco P200, although it did fail to breach the 200 hp mark and wasn’t exactly what we would call fast, it is still quite the collectible! 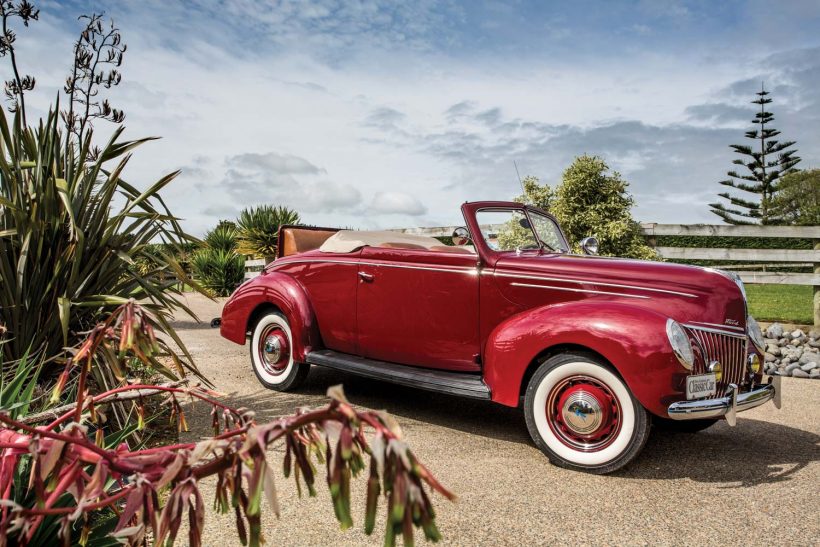 Reading up about all the experimental Italians, one might not have expected a domestic manufacturer to show up in this list, but the automaker from Detroit sure has had an illustrious past. Way back in the ’30s, the Ford Convertible was pretty much its flagship vehicle at the time and it sported an extremely modest 2.2L “Flathead” V8 that featured a side-valve design.

Although the 3.6L Flathead V8 was the one that pulled in most of the press at the time, the 60 bhp and 94 lb-ft of torque producing 2.2L is quite the find these days. With its swooping design, fold-down top, and modest engine under the hood, we do think the Ford Convertible lives up to be a rather swanky cruiser. 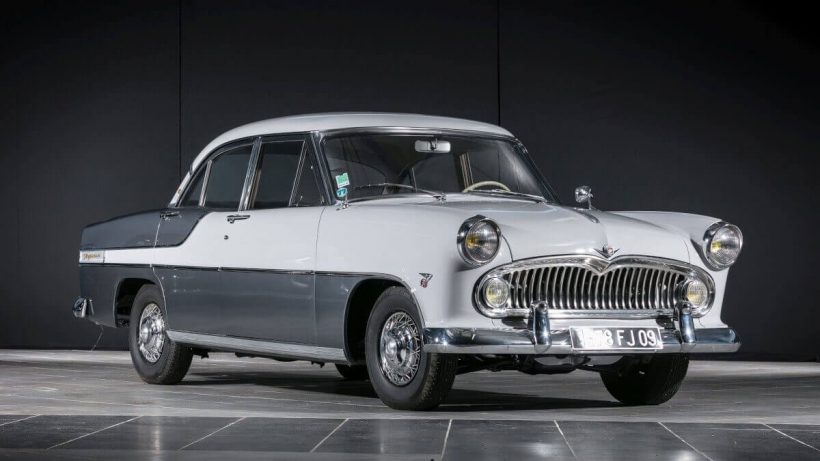 Société Industrielle de Mécanique et Carrosserie Automobile – Quite a mouthful isn’t it ? Well, this French automaker was quite popular back in the day and had quite the growth spurt in the ’50s. With Ford wanting to wash their hands off of their French Subsidiary-Ford SAF and Simca strategizing to expand their operations, the takeover was a match made in heaven.

After the completion of the takeover, Simca acquired Ford SAF’s Poissy plant that used to produce the Ford Vedette. Simca fired the production back up under its leadership and dubbed the “new” vehicle the Simca Vedette. The Vedette was now powered by a 2.4L Flathead V8 that was heavily based on the 2.2L unit that Ford employed earlier. This 80 hp and 110 lb-ft of torque-producing motor proved to be a sales success for Simca thereby also spawning a second generation that featured the same motor but with upgraded figures to the tune of 100 and later 140 horsepower!

Extremely rare in today’s times and made popular once again by the one and only Jay Leno, the SP250 is arguably the quintessential British sports car. Although the pre-production codename “DART” couldn’t stick around post-production due to Chrysler’s interference, the SP250 is still referred to as the DART by many enthusiasts.

The 2.5L V8 with hemispherical combustion chambers (Hence the HEMI moniker) produced a charming 140 bhp and 155 lb-ft of torque at an 8:2:1 compression ratio. With a total production run of just 2,600, the SP250 is an extremely rare piece of history and we certainly love the “modified” 200 hp example that graces the Jay Leno Garage. 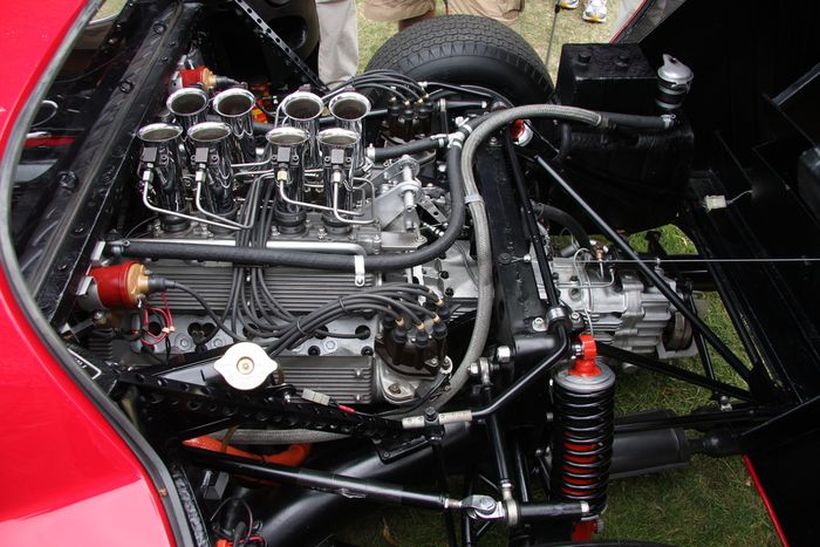 Summing up this list, we have kept the most iconic vehicle of the lot for last, coming straight out of Italy, we have the Alfa Romeo 33 Stradale!

Built between 1967 and 1969, the 33 Stradale is arguably one of the first true blue supercars. With a 2.0L NA Flat Plane Crankshaft V8 stuffed in a mid-engine layout, the 33 Stradale was the pinnacle of Italian exuberance at the time. Although the displacement size is minuscule by modern standards, the 33 Stradale generated 233 bhp and 152 lb-ft of torque that catapulted this 1534 pound lightweight to 60 mph in a mere 5 seconds flat. With the rev limiter kicking in at 10,000 rpm and all of its DNA being derived from the acclaimed Alfa Romeo Tipo 33 Racing Car meant that the 33 Stradale was quite the beast to handle.

Limited to only 18 examples in totality, even getting to see one in person is going to be a dream for most, but the next time someone claims that V8’s are bulbous and tough to package, enlighten them with this history lesson!