Home
Trucks
Car vs Truck: An Expert Checklist to Decide What’s Best for You 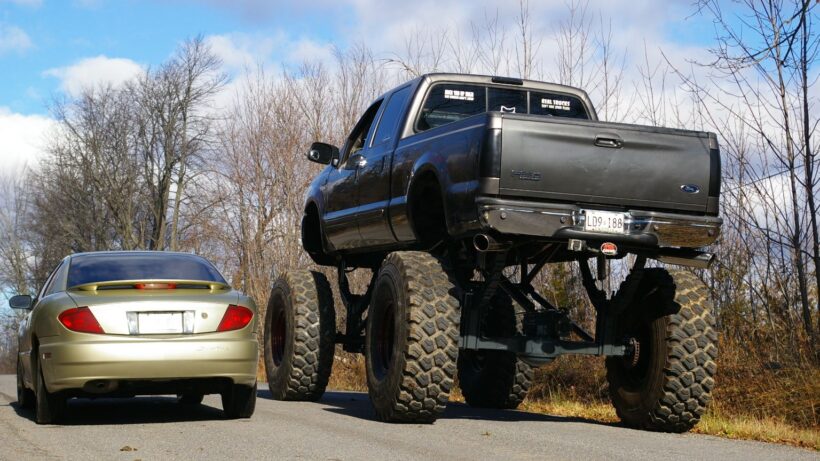 There comes a time in every man’s life when he has to answer an age-old question – do I buy a truck or do I buy a car? You didn’t think we’d go that route (pun intended), did you? Well, we did, and we have to say, if we had to choose between a Ford F-150 and a Porsche 911 – we’d get them both.

All jokes aside, most people don’t have the luxury of getting both, so they have to sit down and realize which of these two are better for them. In case you’re wondering, we’re not talking about those two cars, in particular, because quite frankly, either one of them would be amazing. But, since most of us don’t have enough money to buy either of them, let’s just take a look at both trucks and cars, in general, and decide which one is best.

How can we do that? Let’s take a look! 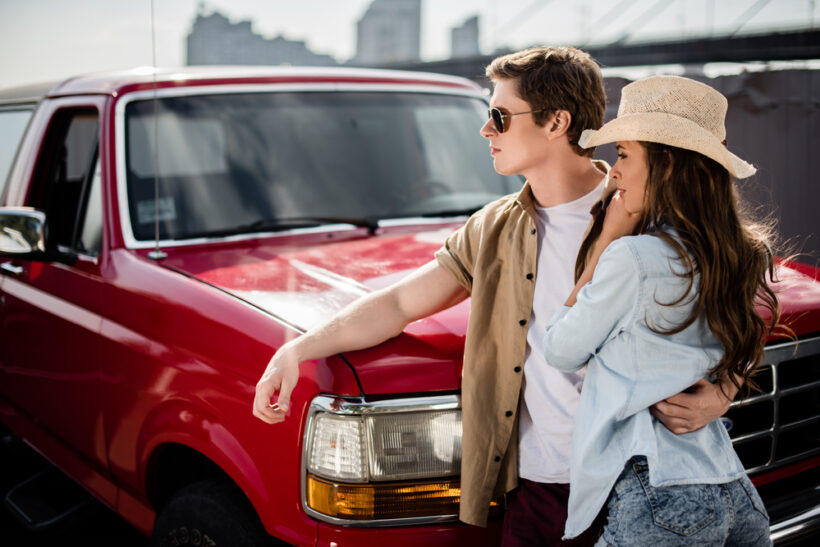 If money’s not an object, you can skip this, but if you do have to worry about budget, hear us out! Generally speaking, trucks are almost always more expensive than cars. While it is true that there aren’t many multi-million dollar trucks, we’re not talking about extremes, but rather an average vehicle from both camps. In that case, we have to say that cars win this round because you can get a much better car than a truck for the same amount of money.

Now, we won’t name any winners here because some of you prefer large vehicles that turn heads when you drive by, and some of you like to have an easily manoeuvrable one. On that note, it goes without saying that trucks are, in general, larger than regular cars. But, as we know, bigger does not necessarily mean better, so it will be up to you to decide what you want. Size or manoeuvrability?

Even though trucks are generally bigger, that usually doesn’t translate into seating capacity. Most trucks are two-seaters – unless they only have one seat, in which case, they’re, um… Three-seaters? Confusing, we know. Either way, if you want a family vehicle to drive around town with your kids in the back and spouse in the front – go for a car. On the other hand, if you want a vehicle that can carry all the fishing equipment in the world while you visit the nearest lake with your boy – go with a truck.

While we’re on the subject of hauling equipment, trucks are clear winners when it comes to cargo space. You could easily move out of your childhood home and carry all your belongings in the back of a truck in a single sitting. On the other hand, some cars’ trunks can’t even fit a suitcase you want to take on vacation. However, if you don’t have any use for it, getting a truck simply for cargo capacity would be a waste, so… Think it through. 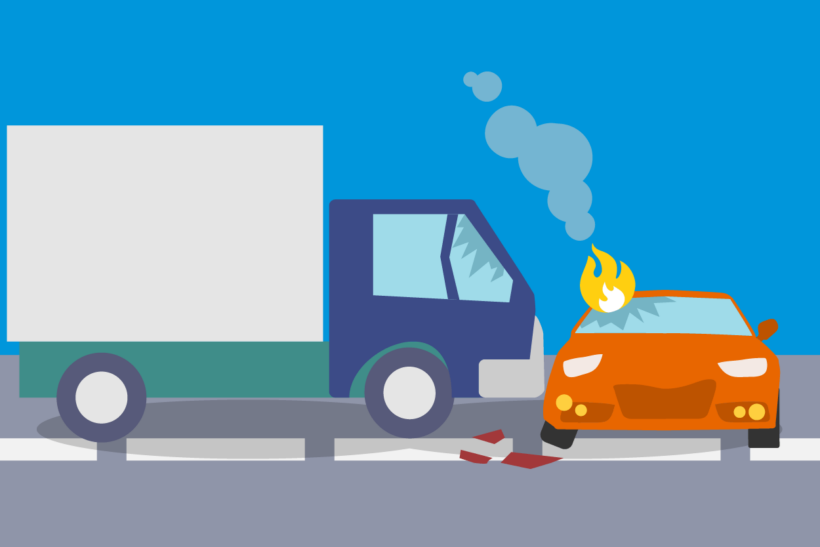 When comparing truck vs. car insurance, what do you think is cheaper? 4AutoInsuranceQuote.com gives the detailed breakdown in their article. The only way to win that bet is to put your money on a truck. Just be clear, we’re not condoning gambling of any kind. We’re just saying, when it comes to insurance costs – trucks are a clear winner. On average, it costs 20% less to insure a new truck than a new car. To be fair, insurance rates can vary a lot depending on various factors, but if we’re just talking averages – trucks win 100% of the time.

If you’re not in the business of wasting money on gas – stay away from trucks. We all know that trucks aren’t the most fuel-efficient vehicles on the market, but then again – who cares about gas when you’re driving around on 400 HP, right? Well, the truth is, some of you may care, and to them, we just have to say the following – an average car can go 35 miles per gallon, and an average truck can only do 27. So, as far as efficiency is concerned – cars win this round.

We know what some of you are going to say – who drives off-road anyway? Well, some people do, but off-roading isn’t just about driving through muddy pits. Off-roading capabilities perfectly translate into everyday situations. Picture this. It’s snowing like crazy outside, the roads haven’t been cleaned in two days, and you can’t really see the road – which one you’re choosing? A truck or a car? Yeah, we thought so, too.

Road safety should always be a concern because if you can’t feel safe in your own car – where can you? To be fair, we guess you could say that an all-wheel-drive, high suspension and a monster of a vehicle might make you safer while you’re driving around. You’d be right, no doubt about it. However, if you’re a reckless driver – no amount of ingenious engineering and safety features are going to make up for it. What we’re trying to say is this – trucks may be safer, but a responsible driver in a car is a hell of a lot safer than an irresponsible one in a truck.

If you want your car to last longer, you’ll have to invest in it along the way. Annual service, spare parts, oil changes – all of these will take some money out of your pocket, and on average, a car will leave a bit more of that money in your pocket. So, if you’re a frugal type of guy, you’ll go with a car. On the other hand, if you couldn’t care less about maintenance costs – to the truck, it is!

While it is true that trucks are becoming increasingly more popular, you are still quite limited as far as you’re options are concerned. In the eyes of many, a truck is a truck, and that’s it. It looks a certain way, and it always will. On the other hand, cars come in all kinds of shapes and sizes, and it is up to you to pick the one you like the best. Convertible? Sure. SUV? Even better. Muscle car? Oh, my! Wagon? Not unless you’re a soccer mom. 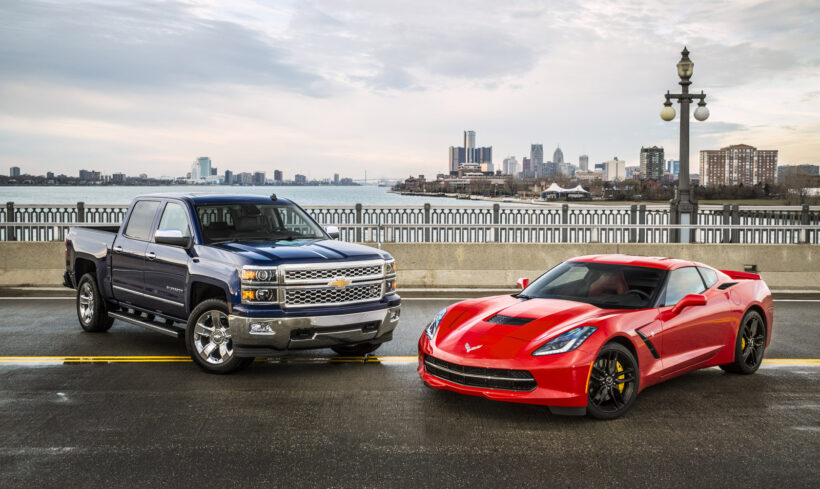 As you can see – we’re at an impasse. Five to five. Maybe we shouldn’t have gone with ten of these in the first place? Well, be that as it may.

The bottom line is this – you’ll choose based on what you want or what you need. If you’re a working man that hauls a lot of stuff around – you’ll get a truck. If you like to ride around town looking cool – you’ll get a coupe. And, if you’re a family man with three kids and a wife – you’ll get a wagon. There’s no shame in it. We were just messing earlier.