Fear that car could break down and betray you in a worst possible moment is something that affects many drivers. Is there a solution for this? Chevrolet thinks there is.

Motor vehicles are complex machines with many elements that are susceptible to failure. Even the technology is constantly improving; car owners still face the possibility of failure of individual systems in their vehicles. By some rule, the failure always happens at the worst possible moment.
In order to minimize the possibility for something like this to happen, Chevrolet has called for help a technology from the aviation industry. The US manufacturer unveiled the Proactive Alerts system similar to the system used in the Boeing 787. Its role is to automatically test the specific part of the vehicle and predict potential failure before it actually happens.
If it finds any anomaly on the alternator, fuel pump or accumulator, the system will alert the driver that he should take his car to the service while is still in working order. 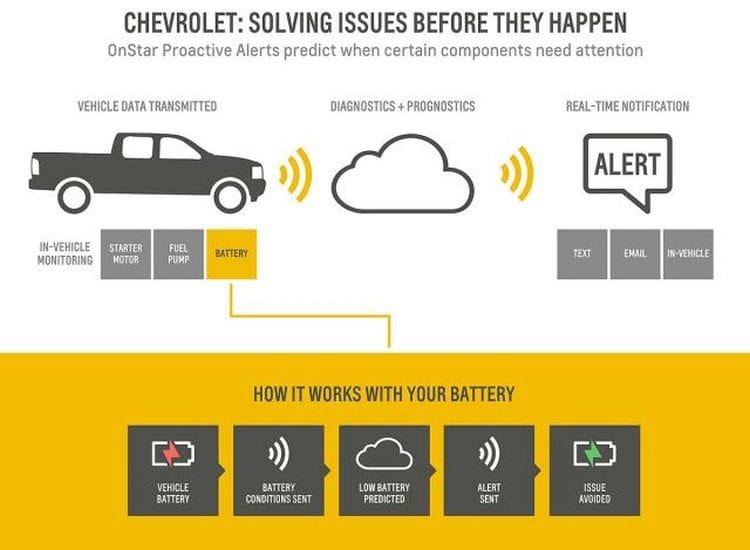 This technology collects information each time when the engine is started, and then a computer analyzes the received information from these car parts. When the failing component is detected, the driver receives a warning on the screen of a multimedia system, via e-mail or SMS messages, depending on which option the owner of the vehicle has chosen.

Proactive Alerts system is now available to customers that bought the latest generation of some Chevrolet models, such as Silverado, Tahoe, Suburban, Equinox and Corvette. All vehicles that come equipped with OnStar system should be upgradeable and available with this innovative feature.