Home
Cadillac
Cadillac Elmiraj Concept – Car Made for the Spotlight

When the Elmiraj Concept car was first unveiled in 2013 at Pebble Beach, it quite literally caught everyone off guard. The car was something no one expected, and of Cadillac from all manufacturers. The styling themes were first seen on the Ciel concept, and the visual language and features from the Elmiraj, later on, were adopted in the following Cadillac models such as the XTS and the Escalade.

Just like most other car manufacturers, Cadillac has big dreams. The concepts originating from those very same dreams are what kept Cadillac moving forward. Naturally, we don’t get to see them too often in the showrooms and let alone on the street, but it is nice to be able to take a glimpse into a company’s future such as the case with the Elmiraj. The Cadillac Elmiraj turned out to be a central, pivoting point for this carmaker. The direct models which the Elmiraj’s styling produced and kept producing are what is saving the company from complete bankruptcy. The Elmiraj was never officially for sale, obviously because it’s a concept from Cadillac and there’s only one in existence.

The Elmiraj was a celebration of the existence of Cadillac in a way. It showcased the path of all the models which were to follow, the models we now know of course. In terms of exclusivity, it’s right up there with the best of them: there’s only one ever made, it has two doors, a big engine under the hood and tremendous detail work both on the exterior and in the cabin.

Overall, it’s very appealing. We don’t know about you, but the design of the Elmiraj is something that’s easy to admire and love. If you like the latest generation of Cadillac models, you’ll like this one too since it was the base for many cars you see on the streets. In fact, this is the very model we need to thank the looks of modern day Cadillacs. 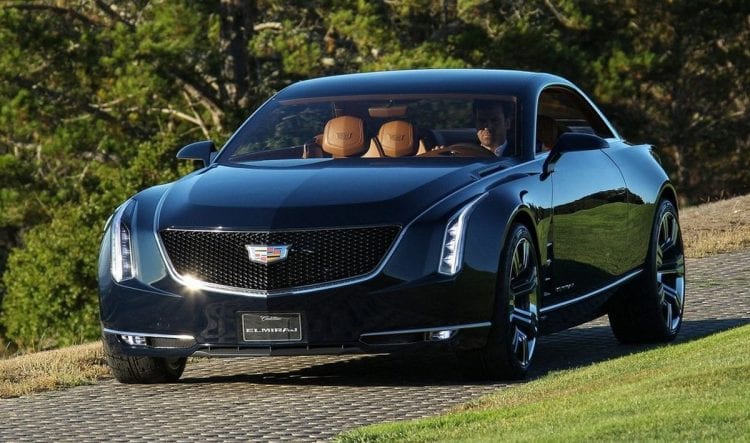 Getting back to the Elmiraj, it has a very luxurious four-seater cabin. A circular wreath is not present in the mesh grille, making the Cadillac emblem horizontally opposed as opposed to the previous vertical. The shield shape has now been better defined as well. The internal name under which the Elmiraj was developed was V Coupe by the way. If you hear those words anywhere else don’t get confused, just know that V-Coupe is another word for the Elmiraj. As such, there’s a very large V badge on the top right corner of the trunk lid, ensuring that the black chromed grille stays here for a sporty variant only.

The weird thing is that concepts usually get boring and dull after a very short period. There are only a few cars which always look as good as the day they were first launched. Most concepts have very untraditional cues or un-car-like features, making the whole thing seem unnatural. The very few cars that look good even years after they were debuted include the models like the Toyota FTP-01 and now the Elmiraj Concept. 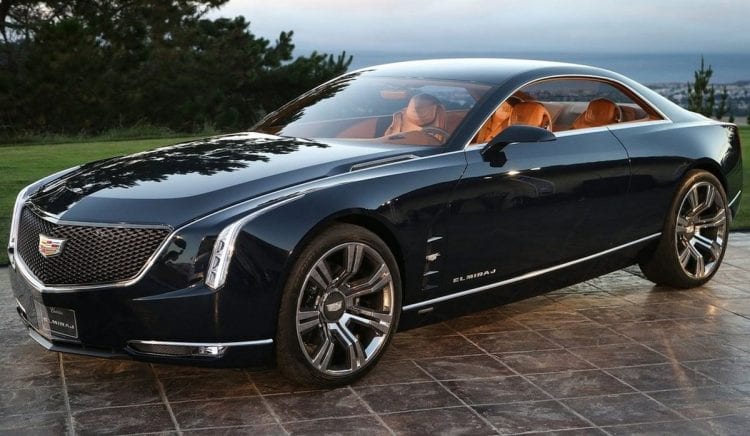 The grille is bizarre looking with the egg-crate cutouts like the one featured in the Ciel concept, but it has a flowing lower edge to it which the Ciel didn’t carry so well. The smooth grille is a core part of the entire chrome sweep which goes over the hood, but also brings a wider grille, much broader than that found in almost any other vehicle.

There are giant wheels and a hood that opens up like a clamshell. The solution that the fenders bring is clever; they hide the flares well making them almost invisible. The back is also fresh and significantly different than anything we saw before. It’s simple and straight bringing a lot fewer slashes and creases than most Cadillacs of both present and past. The trunk lid, bumpers, and flat panels blend well with the rear glass and the upwards rising belt line. Compare it to something like a CL or a Continental GT, and there’s no question as to which one looks the sportiest. The Elmiraj, regarding the looks, is in a class of its own, and not much can be compared to it.

At the back, we can find twin blade taillights, separated only by a chrome accent, now paired with the vertical exhaust outlets at the far corners of the bumper. The Elmiraj finally manages to blend the front and the rear well, something that many Cadillacs didn’t do very well, providing lots of appeal and aggression at both ends. This is something that can’t be said about the old XTS. 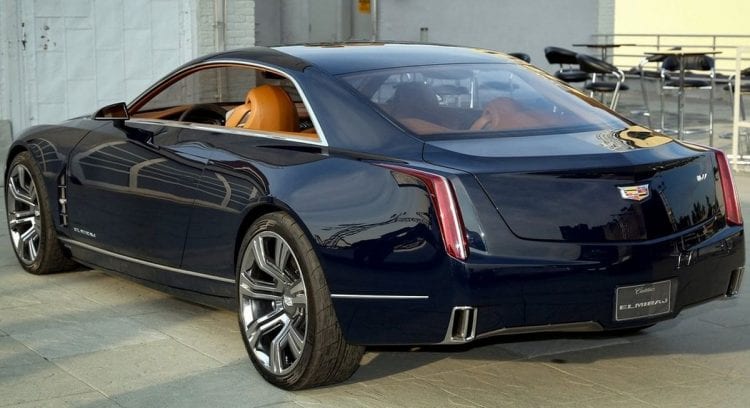 The interior, on the other hand, is about as unrealistic as an interior can get. Yes, it is gorgeous, and there are only high-quality materials everywhere, but it’s obviously meant just for show. In real life, this sort of an interior just wouldn’t work. Everything’s too tight; the buttons are way off where they should be, and it just wouldn’t be economically feasible to build a car with such an interior (production wise). Clearly, this was a showpiece, and production ready models that were based on this brought many changes.

The main concept of the interior is that the driver is most important. Everything revolves around him. The dash, the center console, the gauges and of course the driving position which is pretty low are optimized to offer best possible setup. We do have to say we like the steering wheel; it’s something we wouldn’t mind seeing on other Cadillac models. 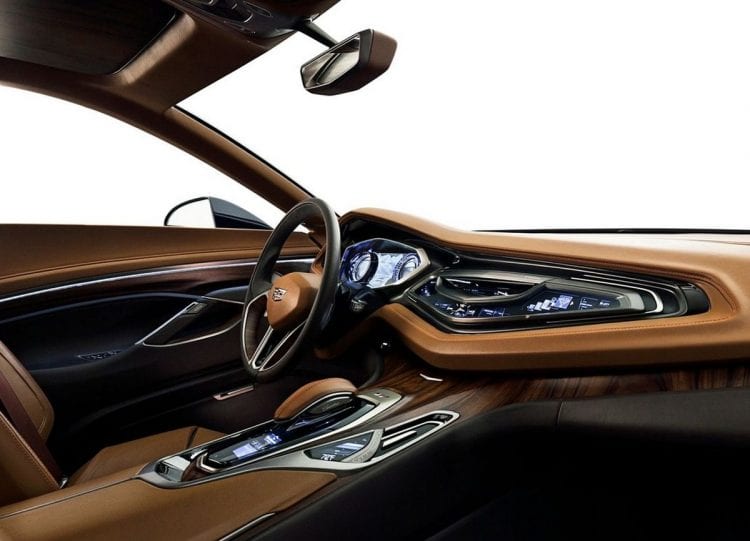 The hood hides a more realistic and down to earth components compared to the interior features. For powering this concept, we are getting the 4.5-liter V8 with two turbochargers, in this case developing 500 hp and 500 lb-ft of torque. Most of that torque is available low down, couple that with the automatic transmission and you have the perfect cruiser. The engine has made production in the form of the new twin-turbo V6 with 440 hp. Performance figures are unknown but with 500 hp on tap and weight in the region of 4000 pounds, we expect it to be able to reach 60 miles per hour in under 5 seconds and go on to over 170 miles per hour. Most likely we won’t ever find out what this baby can do but still that doesn’t prevent us from imagining it on the road and track.

Obviously, this is a one-off concept by Cadillac, so the price is not available. You can, however, find a kit car builder and ask him to make you one that looks exactly like this if you like it that much.