Rumors about a BMW i9 have been floating around ever since the i8 has been released on the market. This car was expected to be the sportier version of the i8, but this seems now to be false. Instead, not that long ago BMW announced that their “I” and “M” divisions are going to work together to make a new car. This might be the very i9 many people are talking about the internet. While so far not much is available about it; we do expect it to use the same carbon fiber monocoque as the i8. This is not only highly rigid but also very light and quite easy to make as BMW already perfected the process of making it.

While the chassis is going to be shared between the two, though, the car is likely going to feature an all-new exterior, engine and interior. It will be an all-new car, and it should be the first true supercar BMW releases in more than three decades. This will finally allow them to compete with the likes of Audi R8 and Porsche 911, and it should give them a nice boost in sales.

The price is still unknown at this point, but many say the car will start around $150,000 for the most basic model. A top end version with the more powerful engine would cost $250,000 or more. This is still well under many other supercars out there.

Let’s first talk a little about the design of the rumored BMW i9. To become a great selling car, it will have to be dramatic. Why? All supercars have to impress people at a first look. The BMW i8 does just that, but it is more of a futuristic car than a dramatic one. The i9, on the other hand, is expected to feature a designed inspired by that of the original M1. The front of the car is likely going to feature an aggressive design with a low nose. At the back, the car will be noticeably wider than the i8.

Also, it should feature active aerodynamics in order to allow it to be as fast as the competition. While up to this point not much has been said about the car, it seems that two versions are going to be released. The dramatic design is not going to stop on the outside. Its cabin will be able to house two people in perfect comfort which is to be expected from a supercar made by BMW. 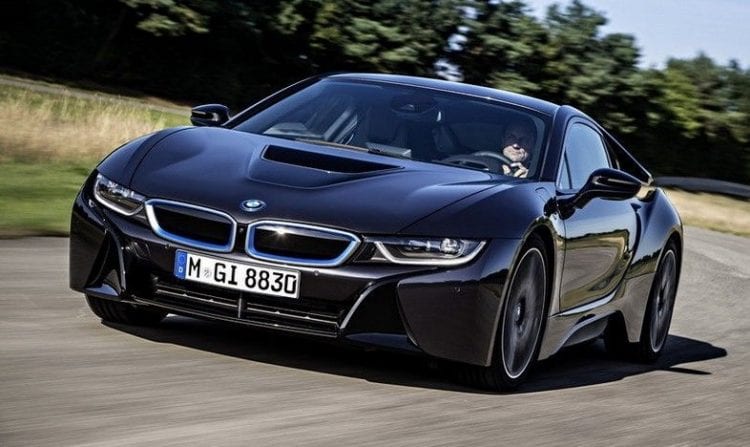 The first version of the rumored BMW i9 would use a straight six twin-turbocharged petrol engine that would offer close to 500 horsepower and 450 lb-ft of torque. This should be enough to get the car to 60 MPH in around 4 seconds or less and up to a top speed of 200 MPH. The more interesting model is going to be the hybrid. This is expected to be around $100,000 more expensive than the regular version of the car. While it will likely use the same 3.0-liter engine, it should also make use of two electric motors and a set of batteries.

This particular version is expected to exceed 600 horsepower and 600 lb-ft of torque which would be more than any of its direct rivals. A seven-speed dual clutch automatic is supposed to be offered as standard on both engines. The hybrid should be all wheel drive. This would allow the car to hit 60 MPH in less than 3 seconds and hit more than 210 MPH. This would make it the fastest BMW ever made, and it should allow them to dethrone Audi finally.